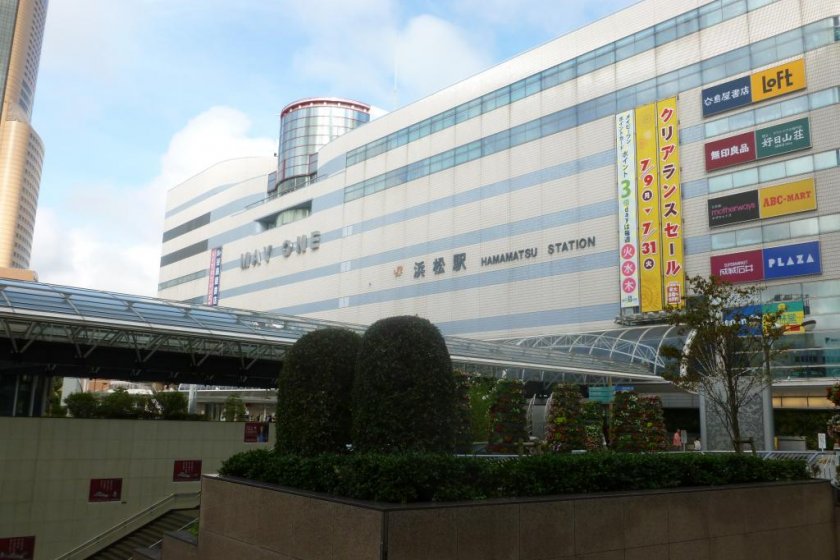 May One Department Store

May One is a department store built on top of the JR and Shinkansen lines of Hamamatsu Station. Named after the date it was opened (May 1st 1988), this store is open 7 days a week with floors B1-6 open from 10.00 am till 8 pm and the restaurants on the 7th floor, and book store on the 8th floor open till 9 pm.

The basement (B1) has a small supermarket where you can buy regular groceries as well as imported goods such as Kraft mac and cheese and Skippy peanut butter. There's also a Saint Germain bakery and areas with bento style meals to take away (and eat on the train…..).

The 1st (or ground) floor has entrances to the train platforms as well as a large gift station where you can buy last minute food souvenirs such as Unagi pie and gyoza, both of which Hamamatsu is famous for. There’s also a bagel counter that does delicious filled and flavoured bagels (check out their bagel of the month!) as well as ice cream bagels! By the west entrance of the train station (the same area as the Shinkansen tracks), there's the Hamamatsu tourist information centre which has English speaking staff who are incredibly helpful. Behind the entrances to the JR train tracks there are lockers to store stuff (small ones are 100 yen and suitcase size ones are 500 yen, only available from 6 am to 11.00 pm) as well as a McDonald's, several restaurants, a smaller book store (no English books), a coffee bar and a drug store that has a pharmacy attached.

This floor is also the entrance to the May One department store. Floors 1 to 5 are clothes, shoes, jewelry and make-up (for ladies) of varying prices. It tends to be cheaper the higher up in the store you go. Some of the more notable stores include:

Probably the best floor of this building is the 6th floor which has both a Loft and Kiddy-land store. If you’ve been to the Shinjuku/Shibuya area of Tokyo, you’ll probably know about the multilevel stores these chains have there. Unfortunately these two stores are a lot smaller than their Tokyo counterparts but still have a very good selection of products. These stores are great for either cute or kitsch last minute gifts like phone straps, stickers or stationary.

The 7th floor has a selection of reasonably priced restaurants including a Korean BBQ and a restaurant that does big plates of gyoza (and at ~480 yen they're worth it). I wouldn’t say the restaurants were outstanding but if you’re hungry and waiting for a train, they're quite reasonable. Unfortunately no one speaks English but the menus have pictures so you can point and order.

The 8th floor has a book store which has a large selection of both fiction and non-fiction books in English (near the children’s section). It’s great if you're trying to study Japanese as they a large section of books including the ‘Minna no Nihongo’ series. There’s also a small café up there where you can enjoy your newly purchased books.

If you are catching a train and have a few hours to spare or need some last minute gifts, toiletries clothes etc, May one has it all and is worth a visit. 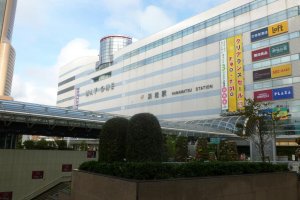 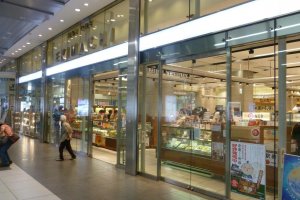 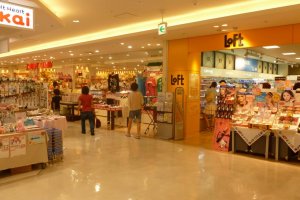