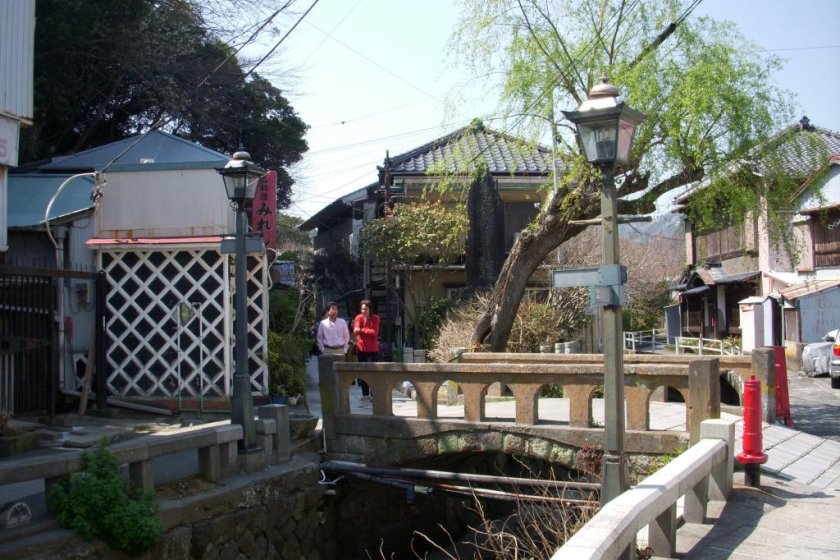 Those interested in retracing Japan's earliest diplomatic encounters with America, in addition to visiting a quiet but picturesque seaside city, should look no further than Shimoda on the southern Izu peninsula. Famous for its onsen and nearby beaches, Shimoda also has unique architecture, numerous historical sights, a cable car with spectacular views, and a sleepy atmosphere only a few hours by train from Tokyo. In Part One of Three focusing on some of Shimoda's best sights, let's let our feet take us through history along the famous Perry Road, before moving on to other points just outside (and above) the city center.

Although Admiral Perry and his infamous Black Ships first made landfall near modern day Tokyo, after the convention of Kanagawa was signed on March 31st 1854, his squadron made their way south to the port of Shimoda. It was here which was specified as a safe harbor for American vessels, additional negotiations took place, and several years later the first American consulate was established. History buffs will certainly be satisfied, as many sights of these diplomatic encounters are well preserved in an around the city.

To begin your historical journey in Shimoda pick up a map from the train station tourist office, then make way for the west side of the harbor (about a 20 minute walk) along Route 117. There you will find a bust and plaque commemorating Perry's arrival, and using the illustrations on display you can recreate the scene of those foreign ships once stationed ominously in the water. From there, retrace your steps west along the the coastal highway and make a left when you reach the beginning of Perry Road (5 minute walk), a small thoroughfare that the Admiral used when he first went ashore for negotiations with the Japanese.

This quaint stone pedestrian pathway on both sides of a small canal showcases some of the unique Namako-Kabe (sea cucumber wall) architectural style that Izu is famous for.  Black walls are overlaid with a white raised diamond pattern, an early weatherproofing technique.  Namako homes and shops are mixed with traditional wooden structures along the entire length of road. Architecture lovers be sure to have your camera at the ready position.

The walk itself is only a short fifteen minutes from end to end but it's packed with traditional craft shops, restaurants (both Japanese and Western), cafes and pubs while being crisscrossed by numerous picturesque bridges. With so much to explore, you can easily stretch your walk to several hours.  Willows and other foliage hang over the canal making the lane especially beautiful in the spring and early summer.  A staircase leading up to Ryosenji Temple was the final stop of Perry's original walk from the harbor.  It was here that additional diplomatic agreements were made, securing Shimoda for the Americans in the final years of the Tokugawa Shogunate. The temple also has a Treasure Museum (Adults 500 Yen) holding Black Ship historical relics, and other oddities, making a nice place to finish your Perry Road stroll.

Its historical significance, great shopping, food, and natural beauty should make Perry Road the first item on your Shimoda agenda. You'll get your bearings for rest of the day or days of your visit while easing into the town's relaxed atmosphere, which is truly Shimoda's best feature.

-If time allows, hop on one of the re-creation Black Ship cruises that leave the harbor every 30 minutes (1000 Yen). You get a great view of the city and close encounters with many seagulls.

-Everything within Shimoda proper, including Perry Road, is easily accessible by foot if you are prepared for some moderate walking. 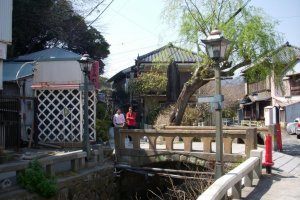 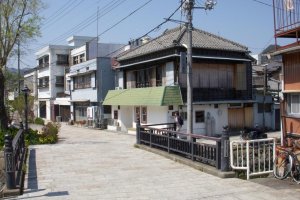 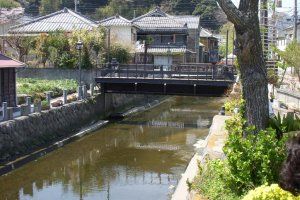 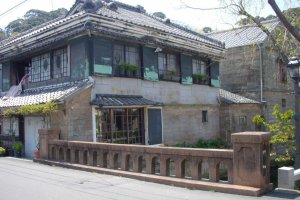 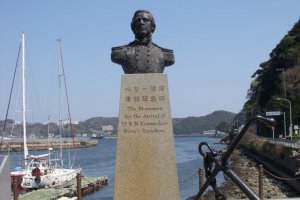 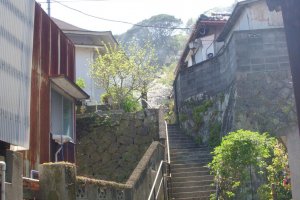