Tasty food and drinks in a relaxed atmosphere

On a visit to Shizuoka City one time I arrived around lunchtime, so I left my bag at my hotel and headed straight out for lunch. I made my way into the grid of streets to the north-west of the station, and found a menu outside the entrance to a place called Bistro Combine. It had promising-looking lunch sets at reasonable-looking prices, so up the steps and in I went.

It's aiming inside for a cheery, countryside look; the walls are rough plaster, there's a lot of wood in the fittings and furniture, the silverware is satisfyingly hefty, and there are barrels serving as tables for bar customers to stand at in the evenings (or at lunchtime, I suppose). The staff were friendly and spoke a little English, which was helpful, because the menu has none, and is also light on pictures to help you.

For my lunch I chose the grilled ratatouille set for ¥1000, which included a small but tasty starter, a salad, and either rice or bread: it being a European place, I of course went with the bread. The chicken was done perfectly, the meat deliciously tender under the crispy, slightly chewy skin; the tomato and aubergine underneath was also good, the vegetables full of flavour, their softness contrasting nicely with the meat and bread.

I wasn't in a hurry, so I decided to treat myself also to dessert, which costs just ¥300 when added to a lunch set. I went with the chocolate gateau, which was delightfully presented, with cocoa powder, a couple of slices of fruit, and a scoop of ice cream. That didn't stop me tucking in, and it was a good, filling slice, not overly sweet but rich and full of flavour.

The menu is a bit of a mixed bag of Mediterranean fare. Other lunch sets include spaghetti with bacon, mushrooms and basil for ¥800, or pork cutlet in mustard sauce for ¥1200. Most a la carte dishes range from ¥500 up to ¥1500; some of those that I could read were escargots in garlic butter, shrimp and mushroom ajillo, bagna cauda, lamb chop, and foie gras saute. Desserts are around ¥500 - there's an interesting-sounding coconut blancmange - soft drinks around ¥400, and alcoholic drinks from ¥480 up to ¥700, with sangria and a Yamazaki single malt on the menu among the other standards. 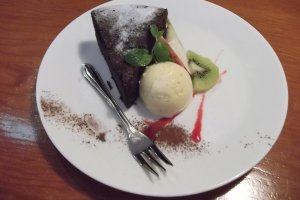 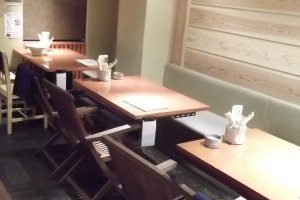 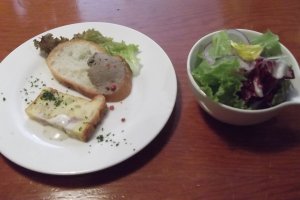 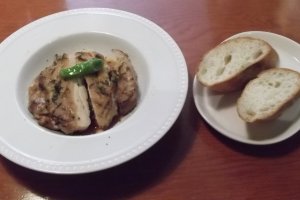 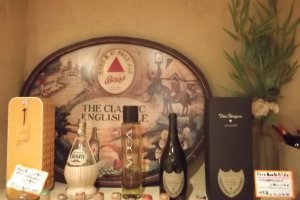 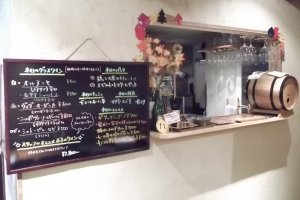