A temple surrounded by forest in Fukuroi City 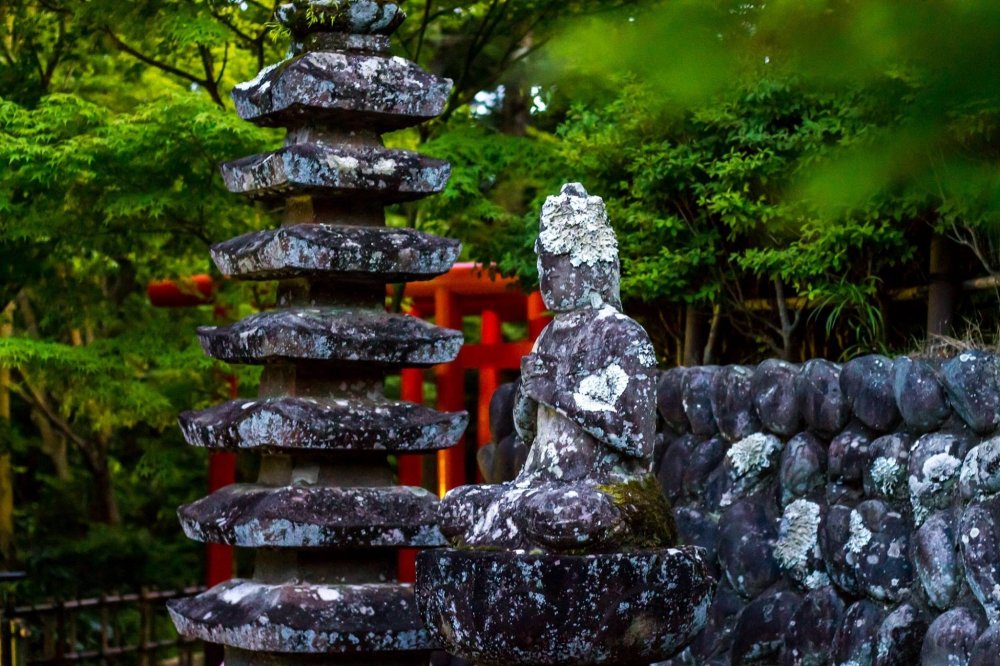 An old, carved statue of a deity and stone-carved pagoda 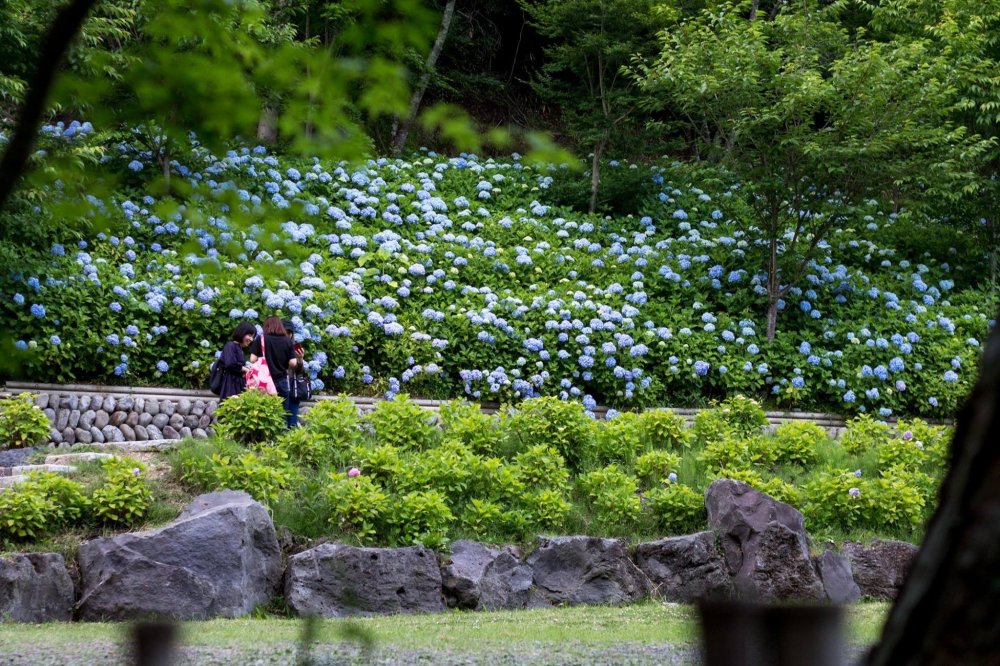 The temple hydrangea gardens in bloom 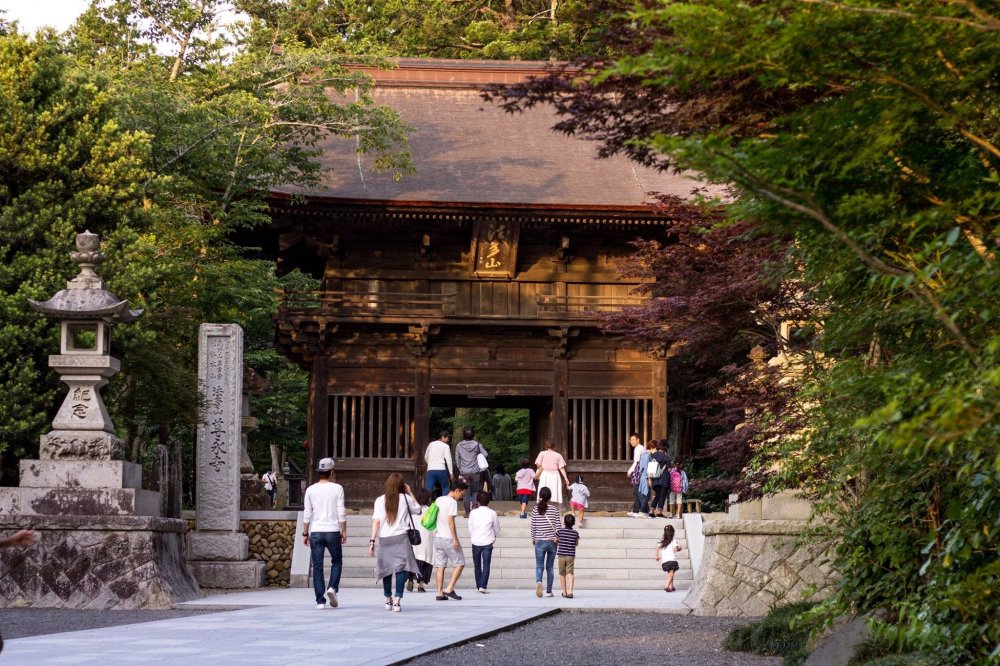 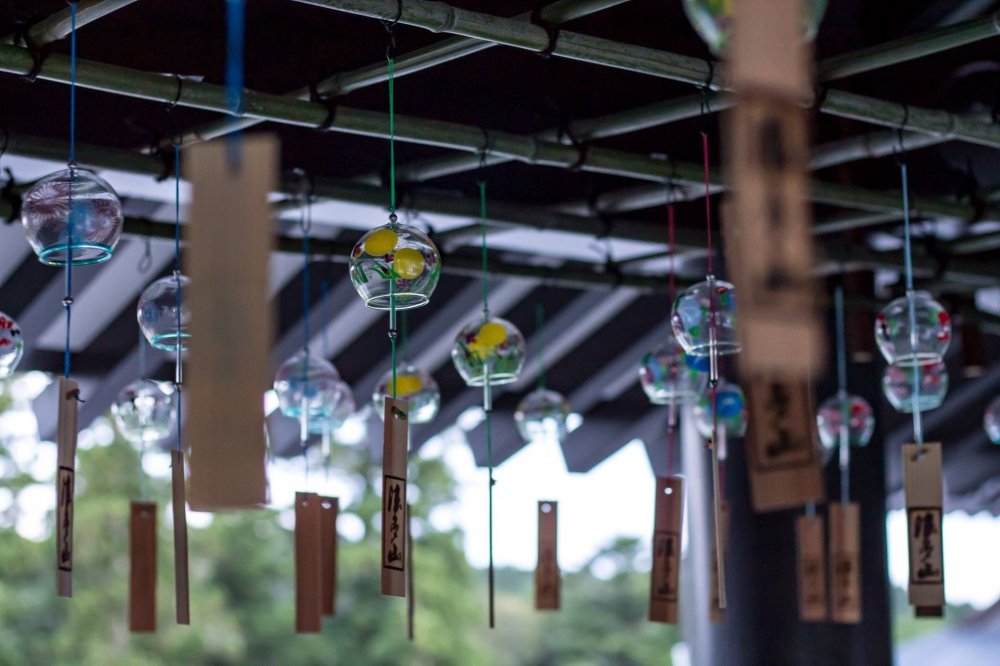 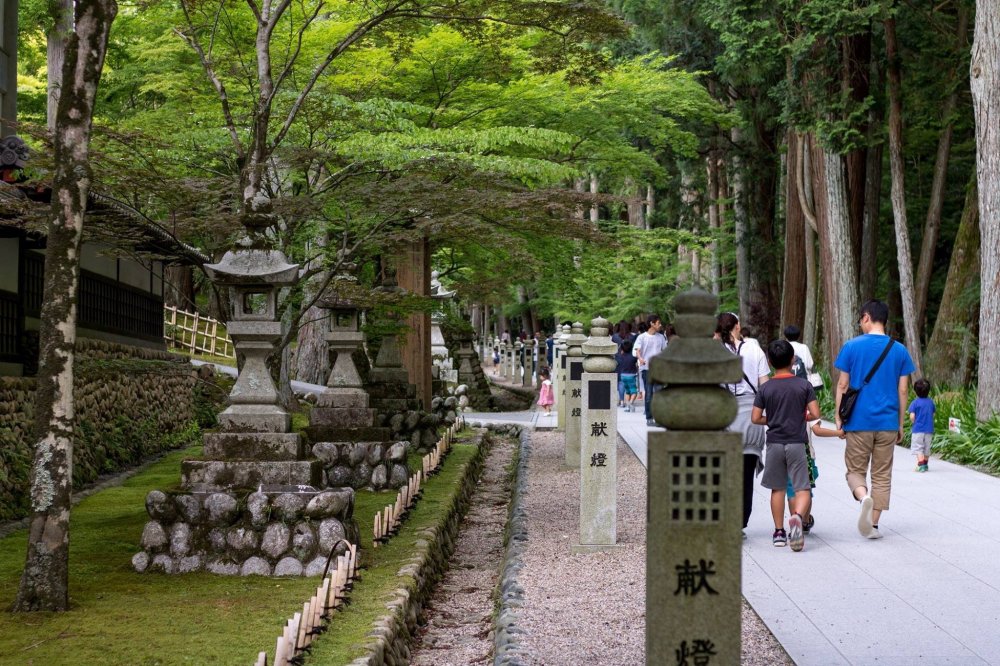 Lanterns, ancient and more modern, line the path to the temple 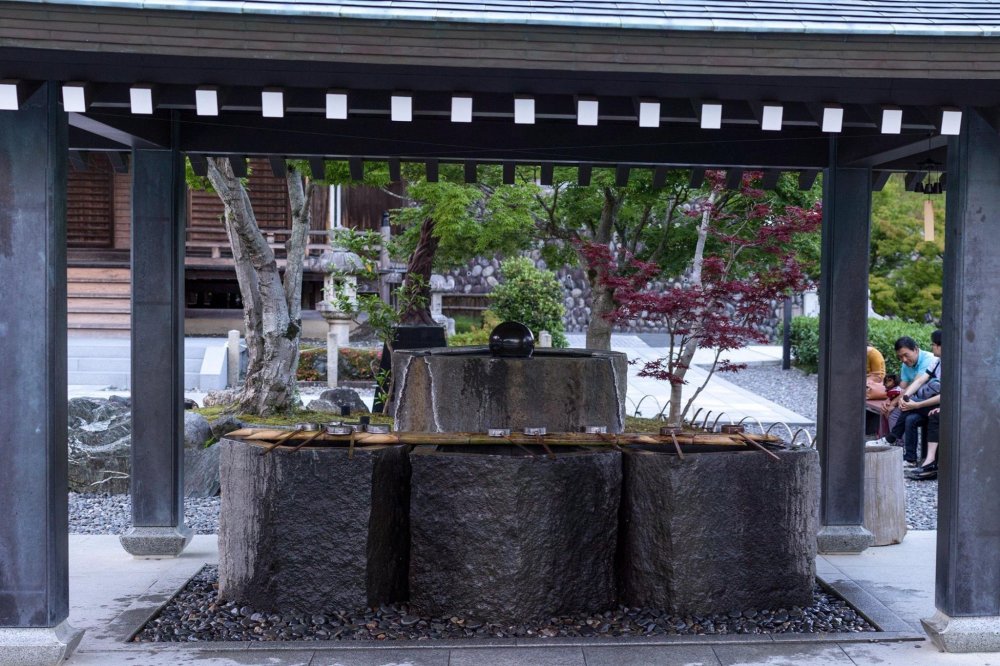 In front of the main building, visitors can purify themselves here before entering the temple 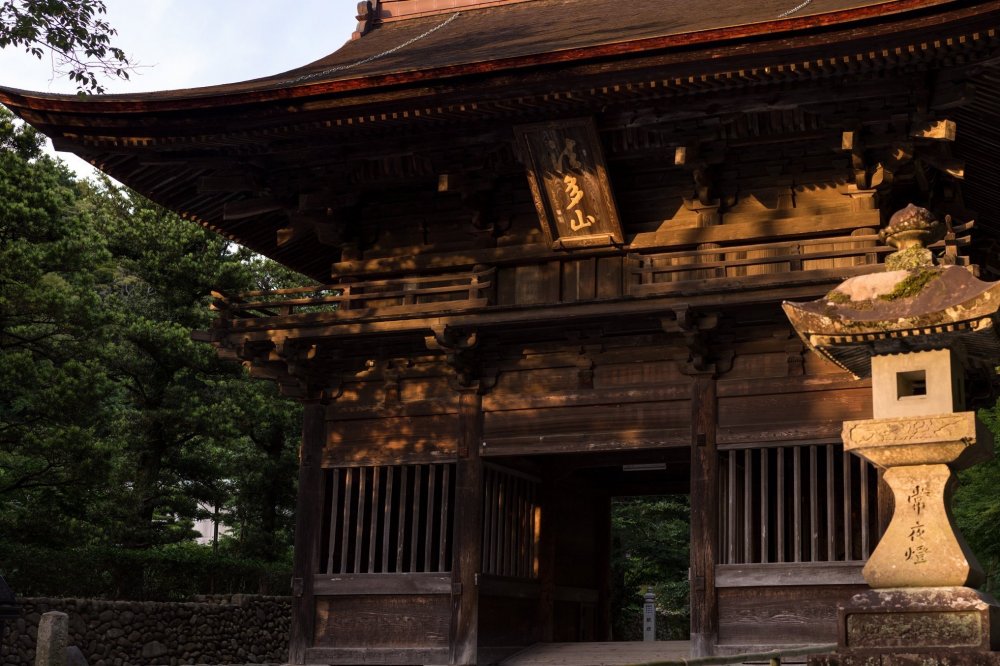 The temple gate from close up feels massive 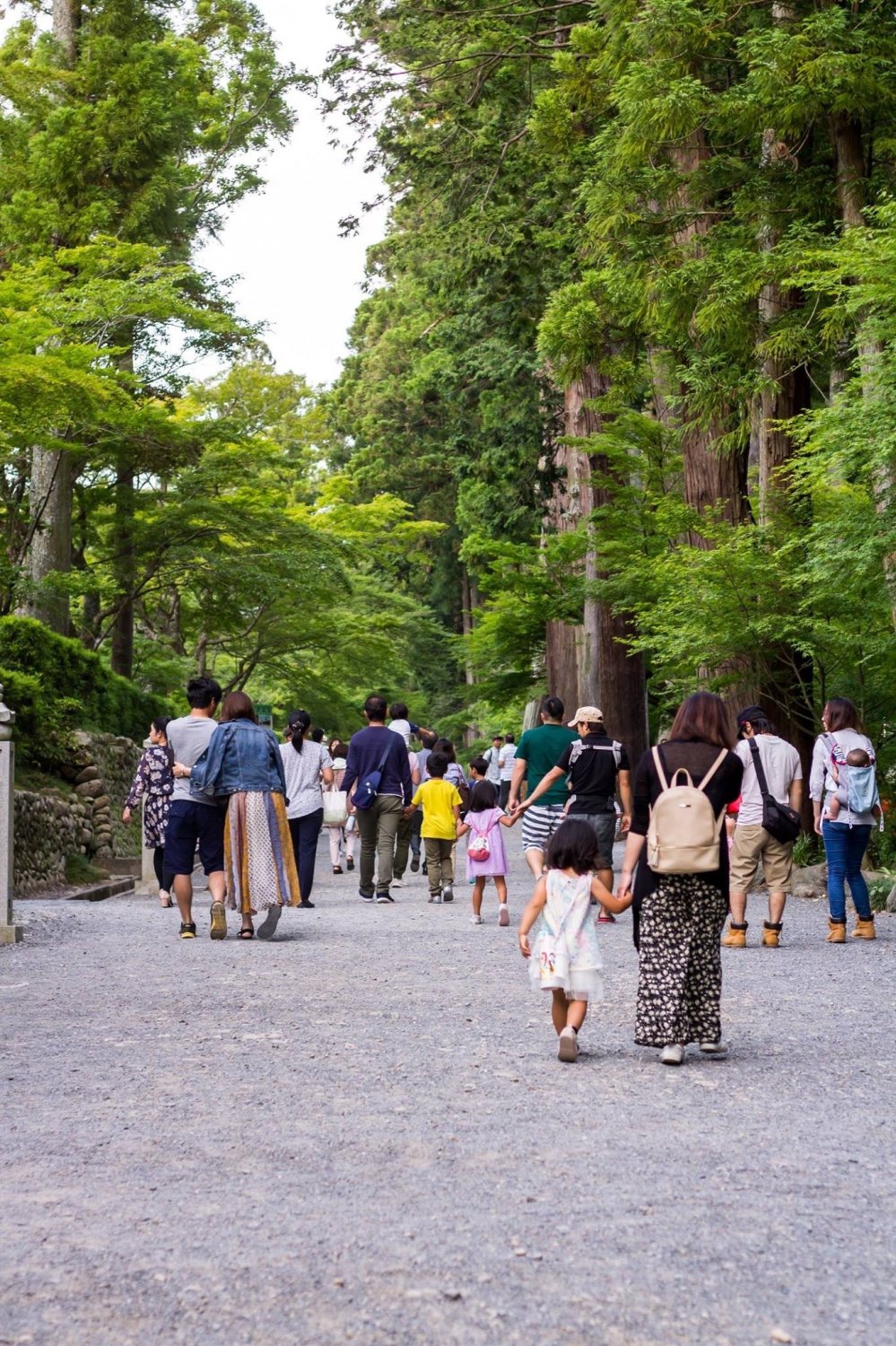 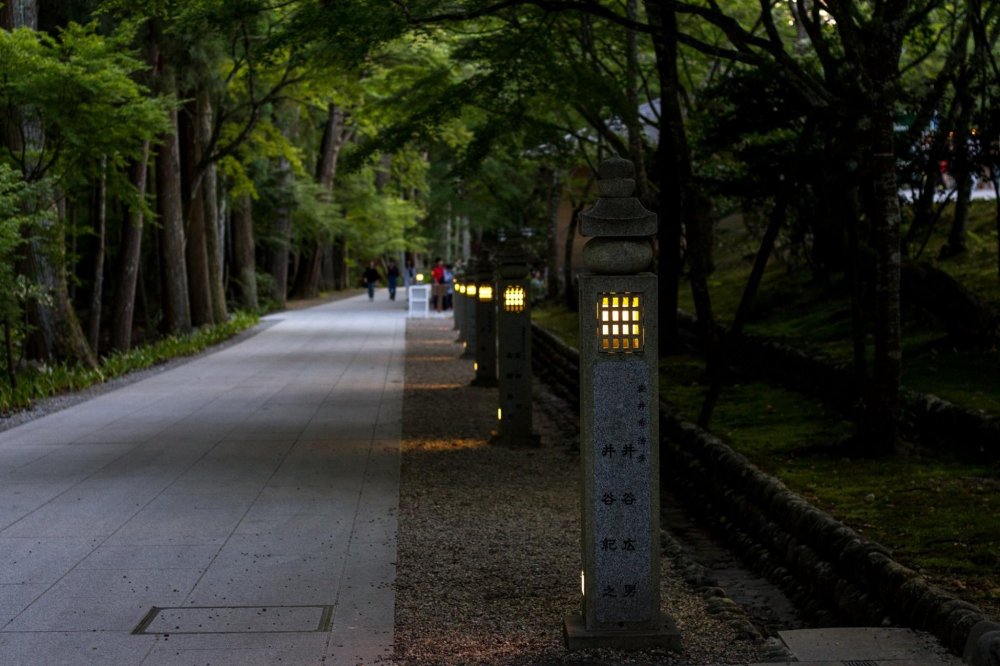 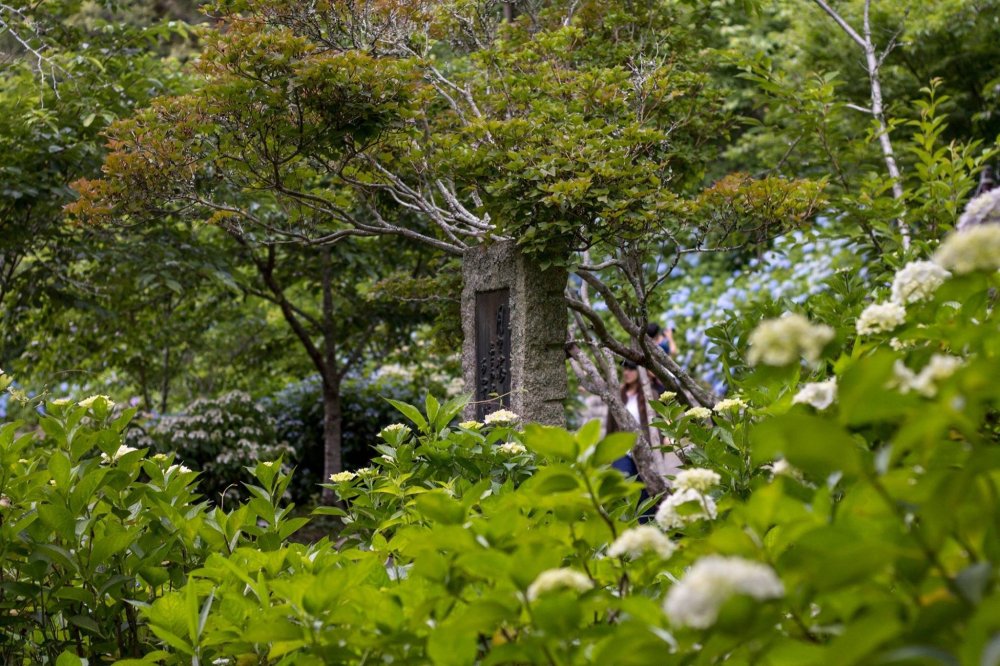 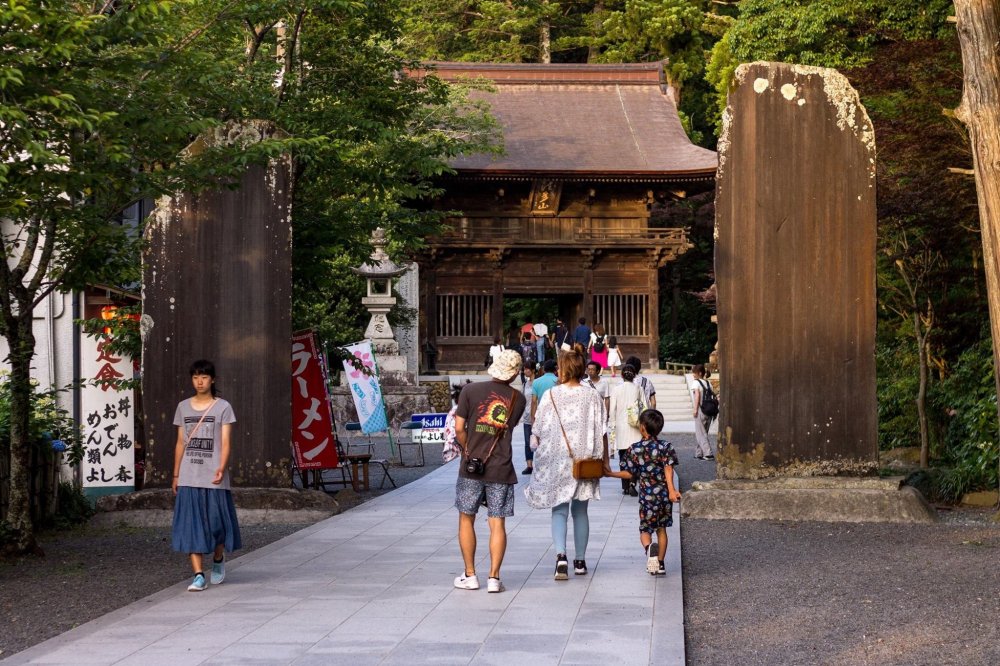 The pathway leading to the main temple gates is flanked by two giant, carved stones 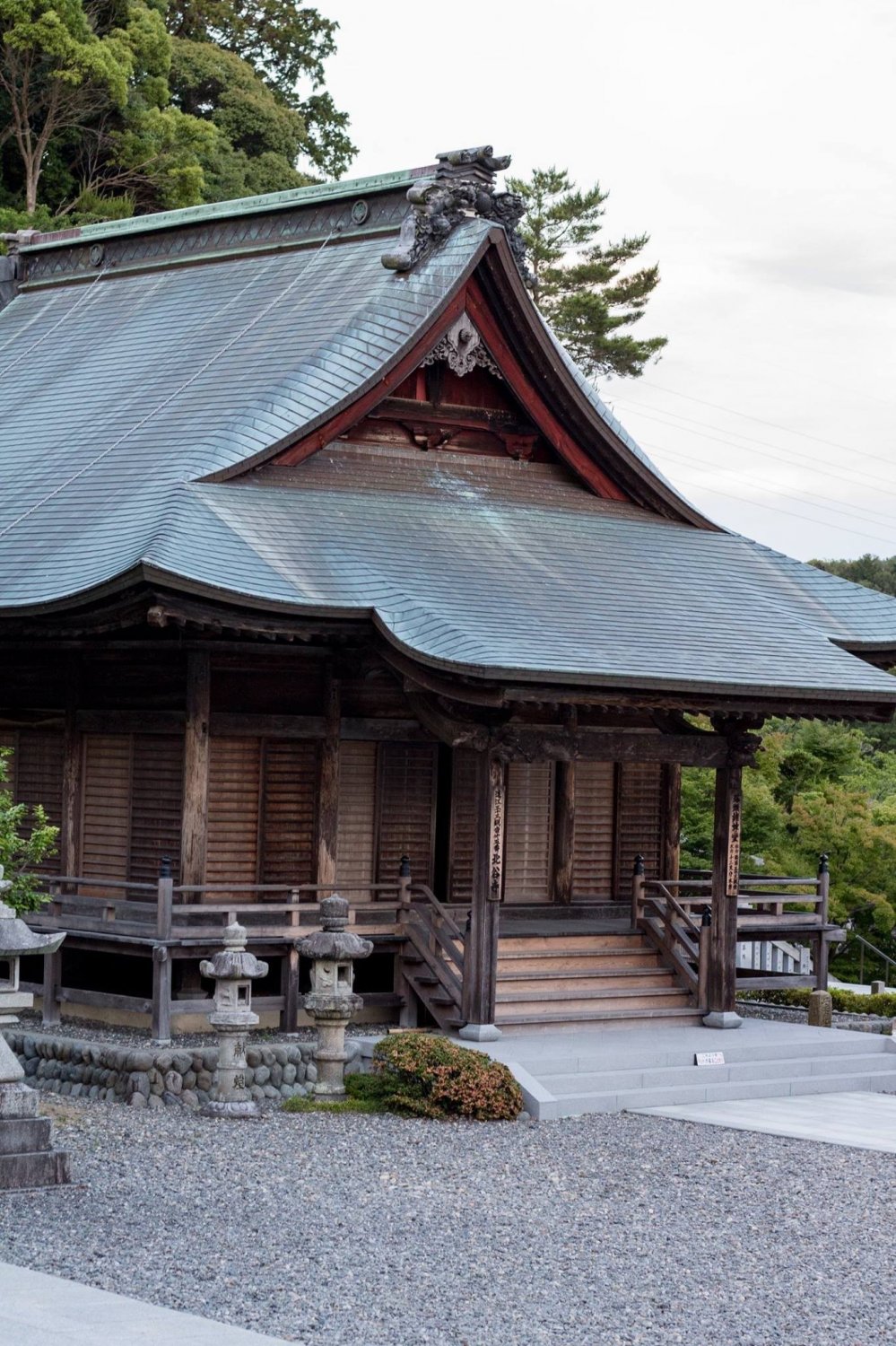 One of the minor halls within the grounds 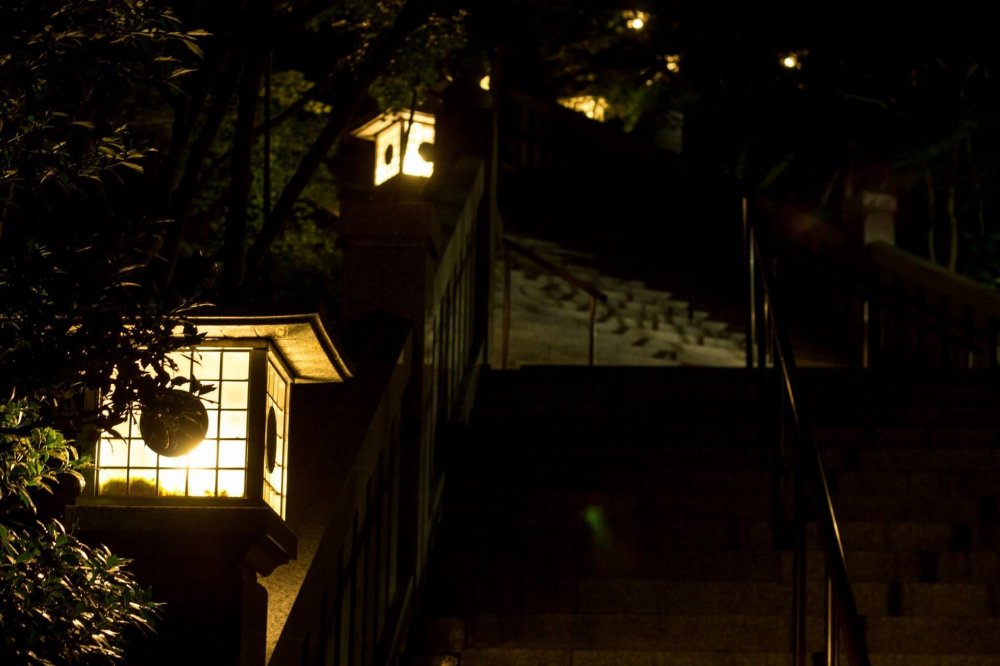 The temple steps are lit by lantern light after nightfall 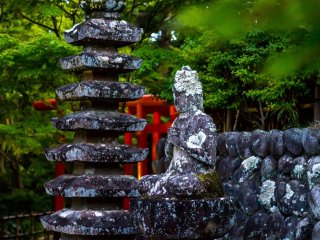 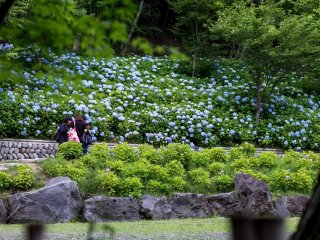 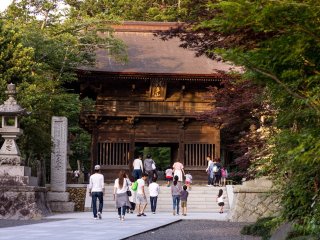 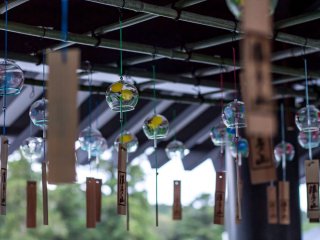 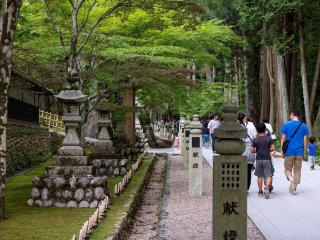 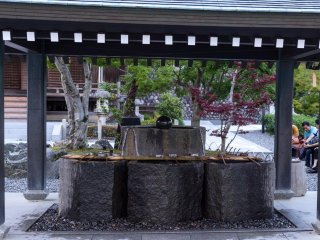 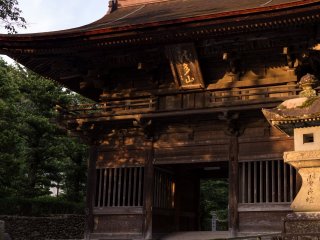 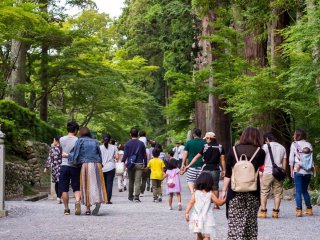 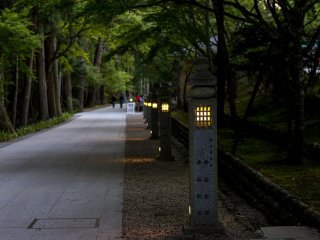 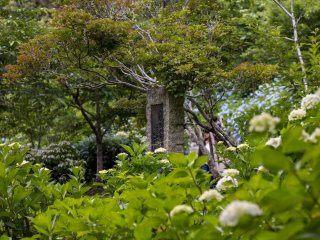 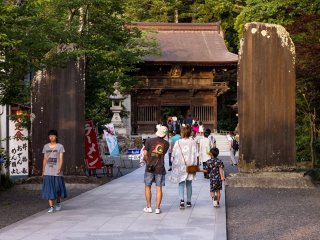 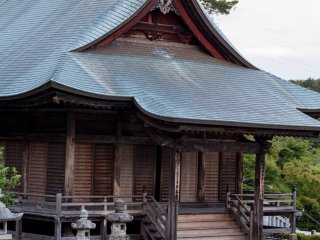 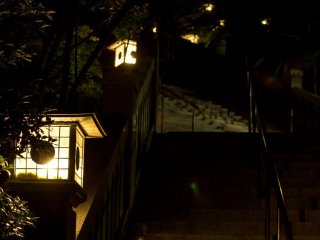 Nestled in the forest on a mountain in Fukuroi City in Shizuoka Prefecture, Hattasan Sonei has a nearly 1,300 year history, having been built in the year 725 by the order of the 45th emperor of Japan, Emperor Shomu. This temple has sprawling grounds, and it takes fifteen minutes to reach the main hall from the entrance. Visitors will climb several sets of step, or take the winding road to the top of the temple. Feeling hungry during your stroll? Pick up "yakuyoke dango", or "talisman dumpling", and ward off bad luck. This temple is great to visit in spring, as the grounds boast over 700 cherry blossom trees. In summer, you can beat the heat by taking a stroll through the shady grounds. Additionally, you can enjoy the hundreds of wind chimes in summer, or come in the evening for the firefly festival that happens in late May and early June, when the released fireflies float through the trees. Autumn also makes this temple a great place to visit, with autumn foliage making for yet another spectacular change in scenery. The temple is also a popular destination for new year's festivities as the enshrined statue of Avalokitesvara, a bodhisattva who embodies the compassion of all Buddhas, carved by the Priest Gyoki, is said to ward off evil.

From Fukoroi station on the JR Tokaido line, walk eight minutes to the Nichiasu bus stop (ニチアスバス停), and take the bus bound for Hattasan (法多山行). Ride the bus for 14 stops, or approximately 13 minutes and get off at Hattasan bus stop (法多山行). From there, it is approximately a four-minute walk to Hattasan Sonei Temple.

Elena Lisina 2 weeks ago
Beautiful temple and shots! A bit far away from public transport, alas!
Reply Show all 0 replies
1 comment in total

Elena Lisina 2 weeks ago
Beautiful temple and shots! A bit far away from public transport, alas!
Reply Show all 0 replies
1 comment in total