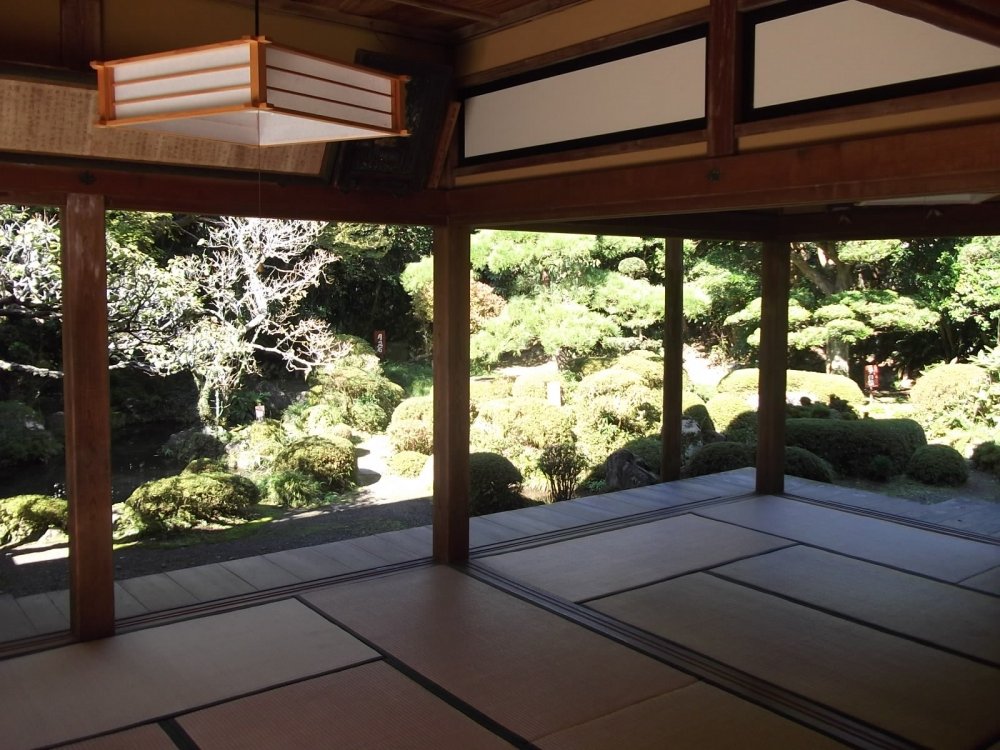 The hall looks out over the garden 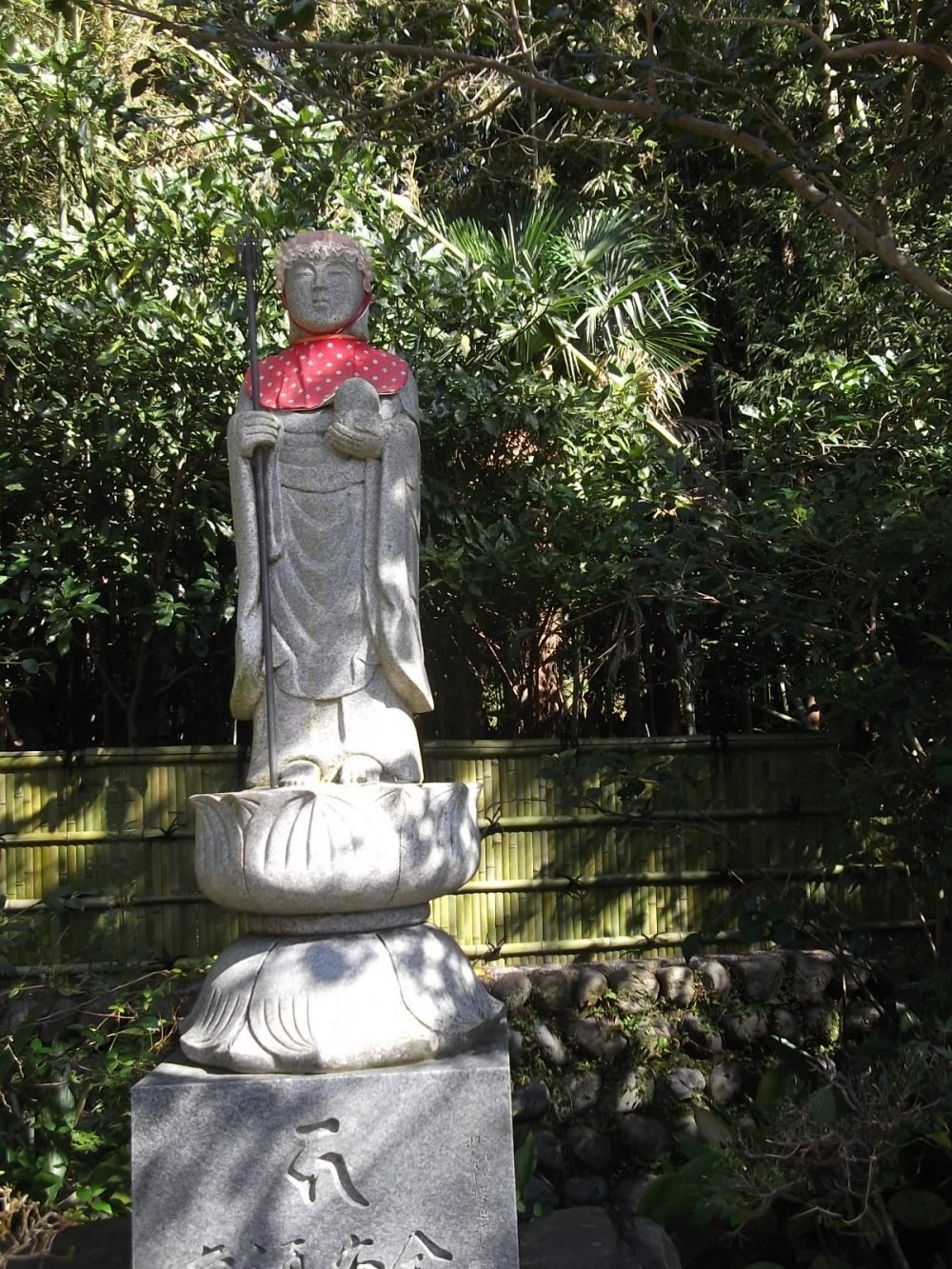 This statue greets you by the gate 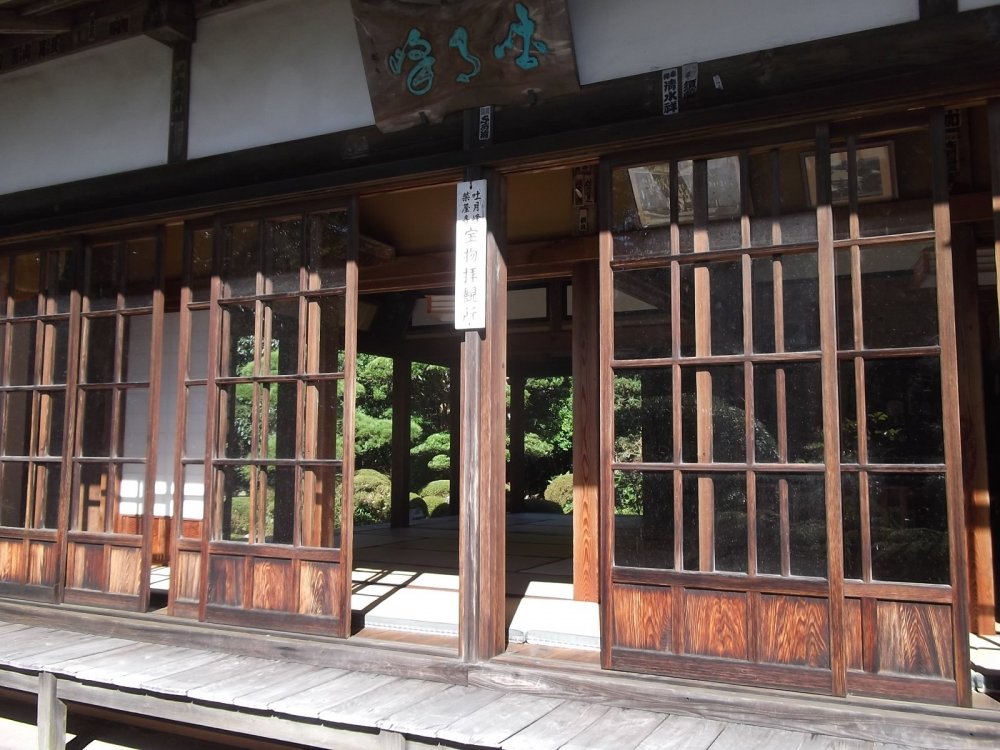 The front of he main hall 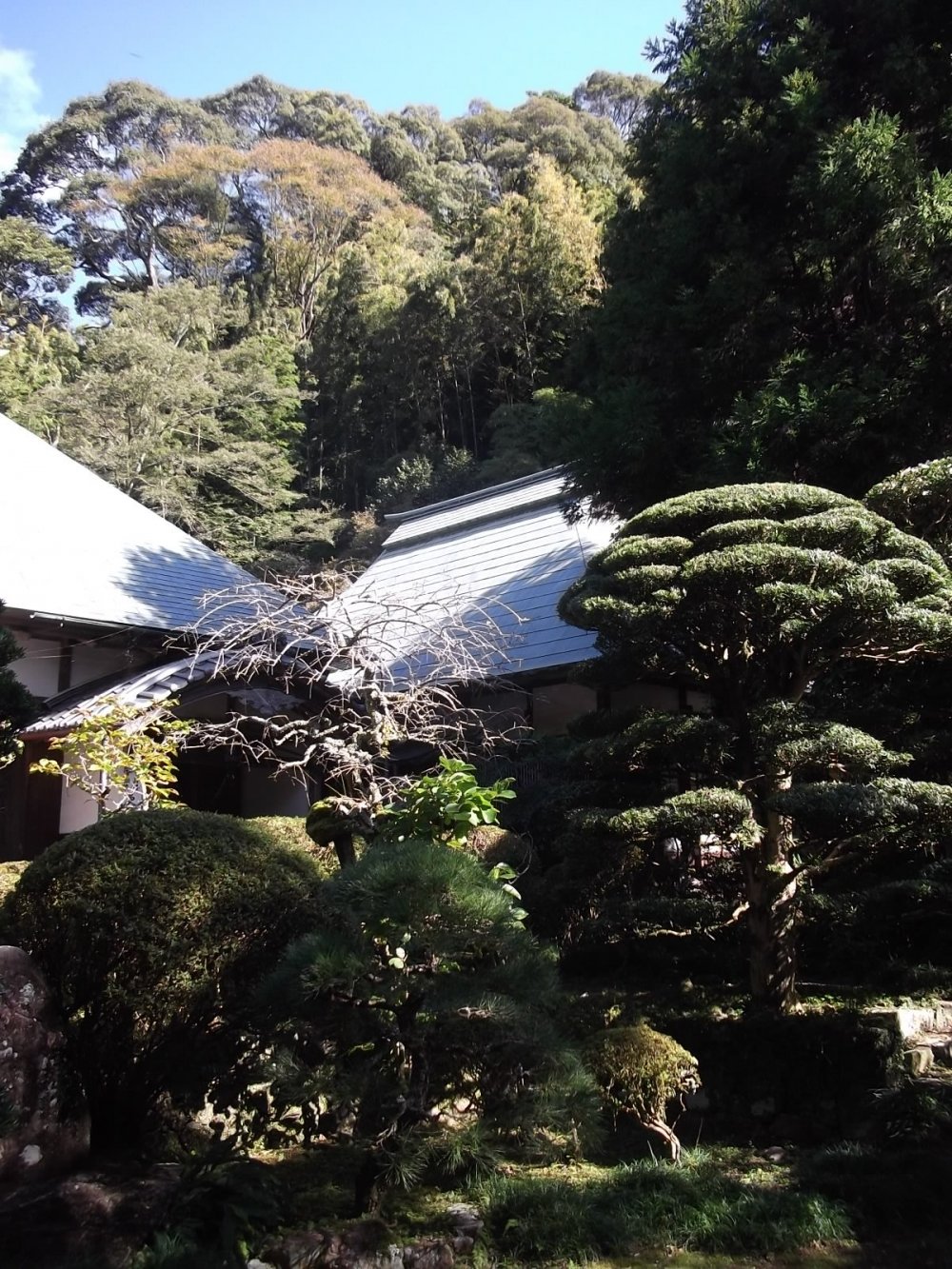 A view from the entrance 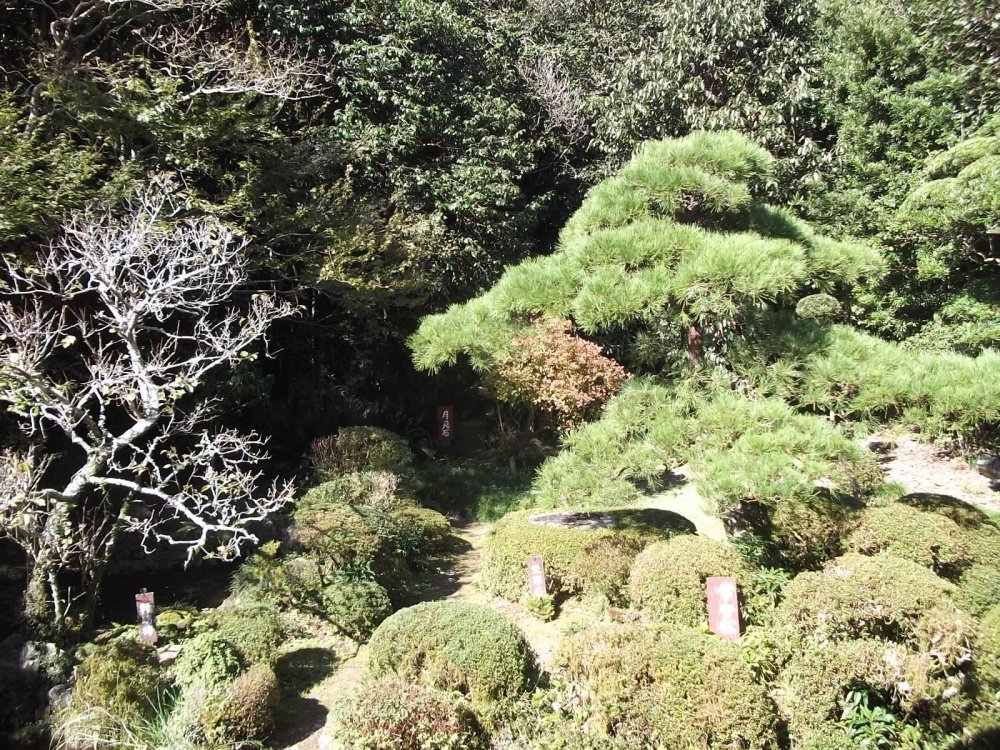 The garden is lavishly green 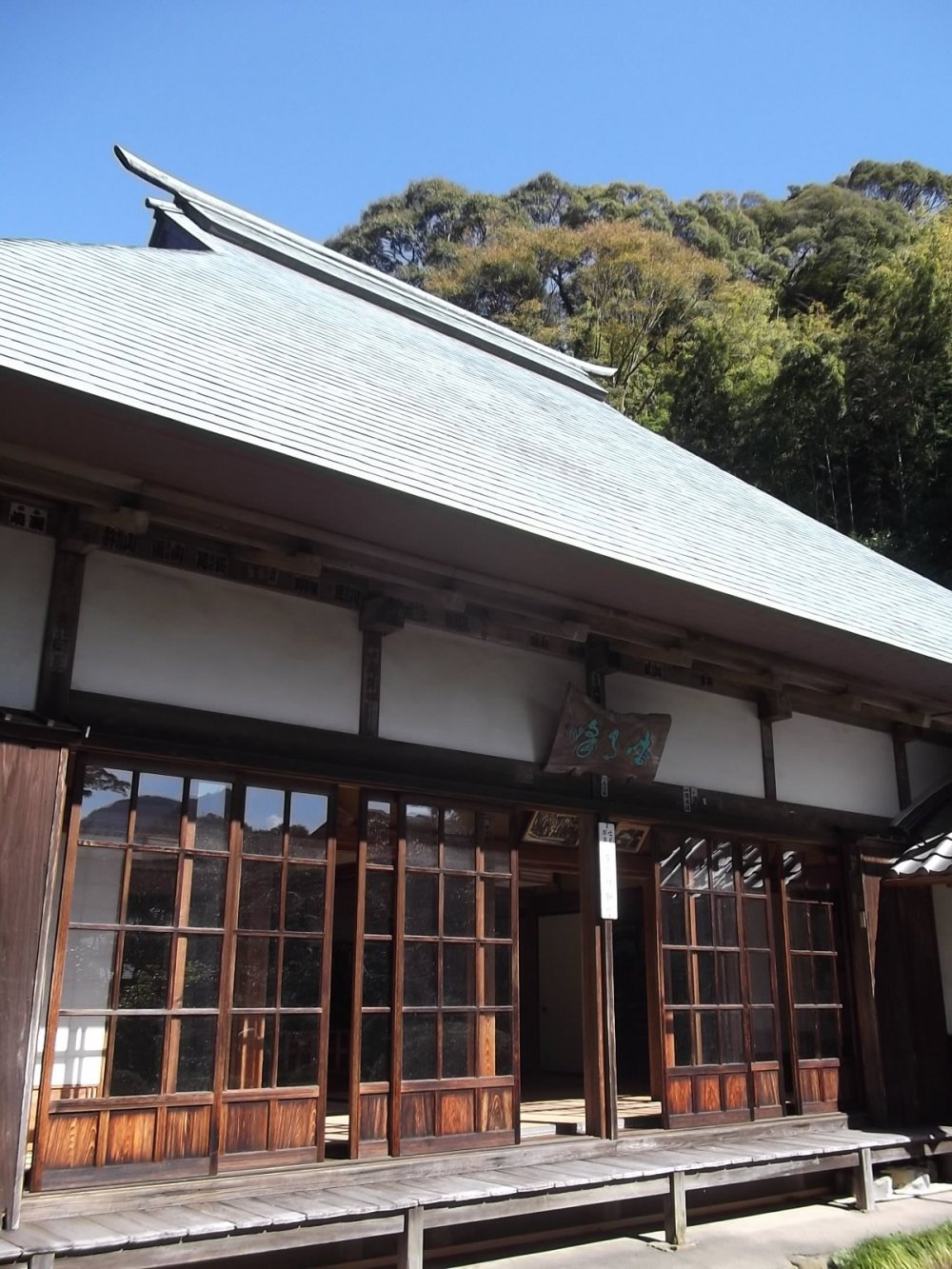 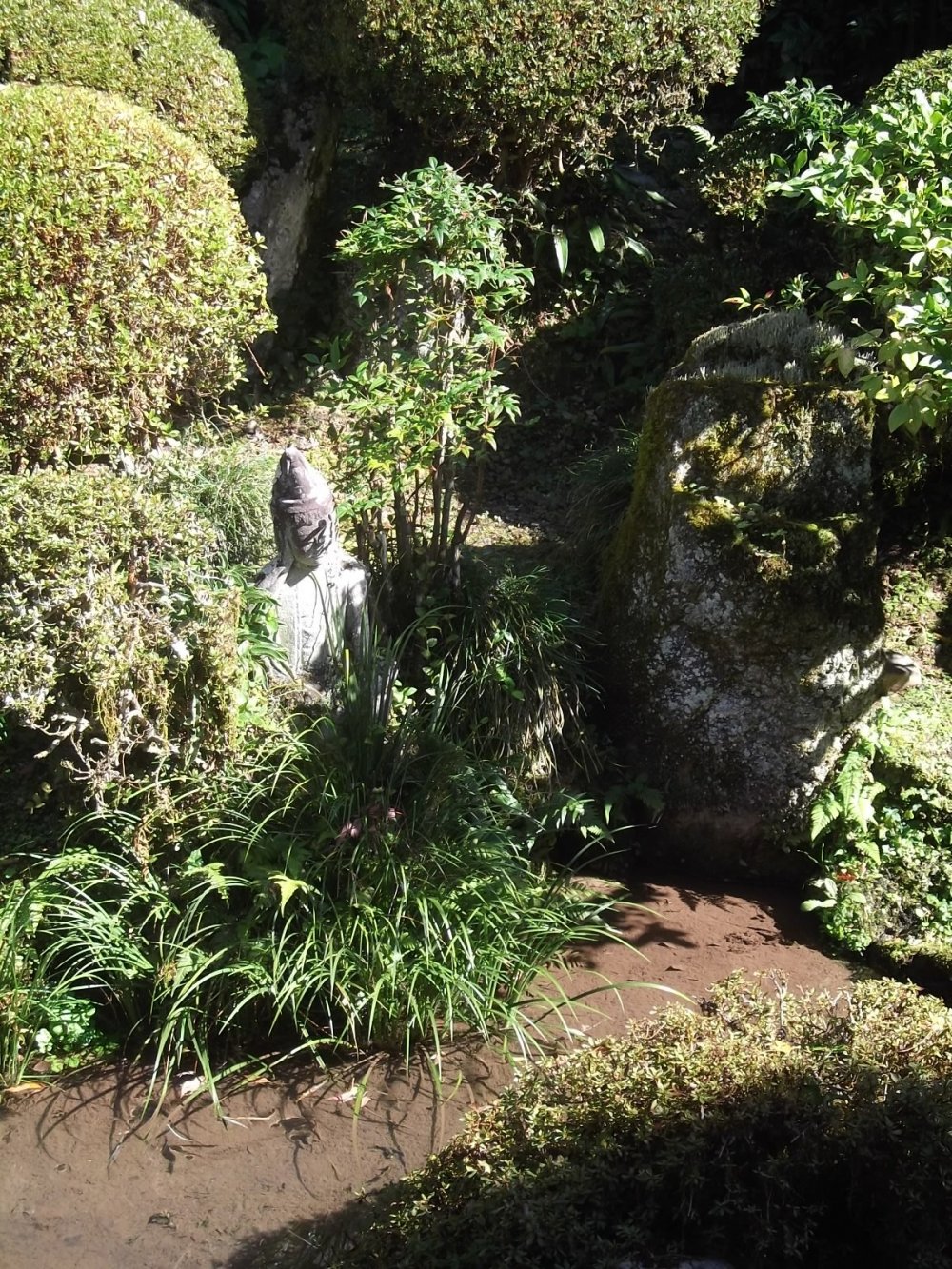 A statue in the garden 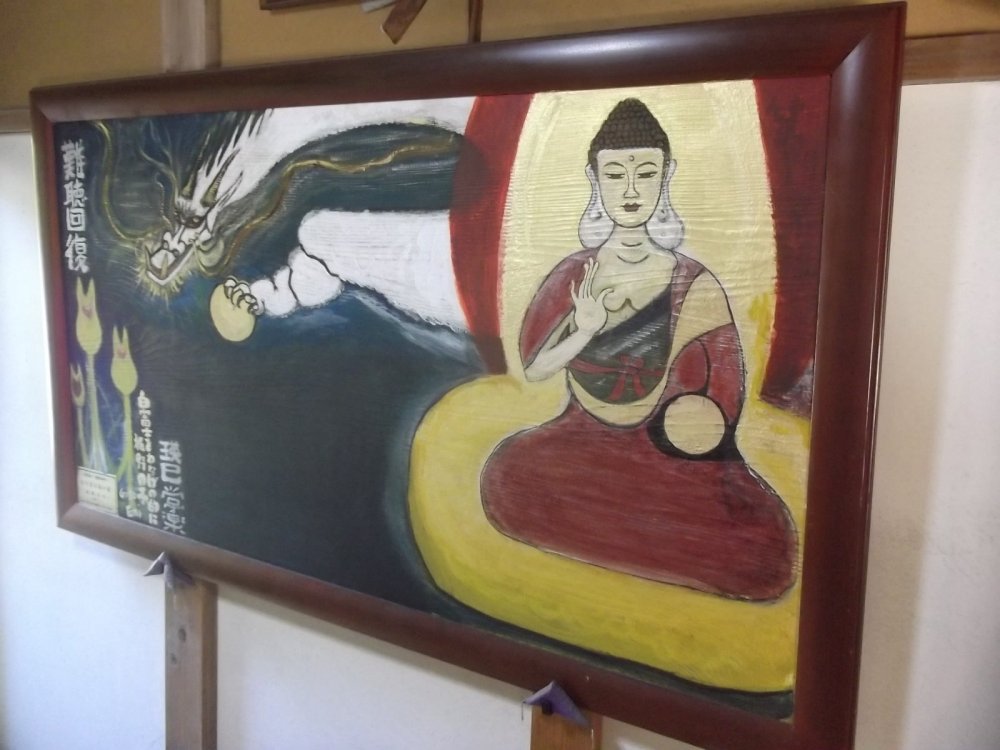 A painting inside the main hall 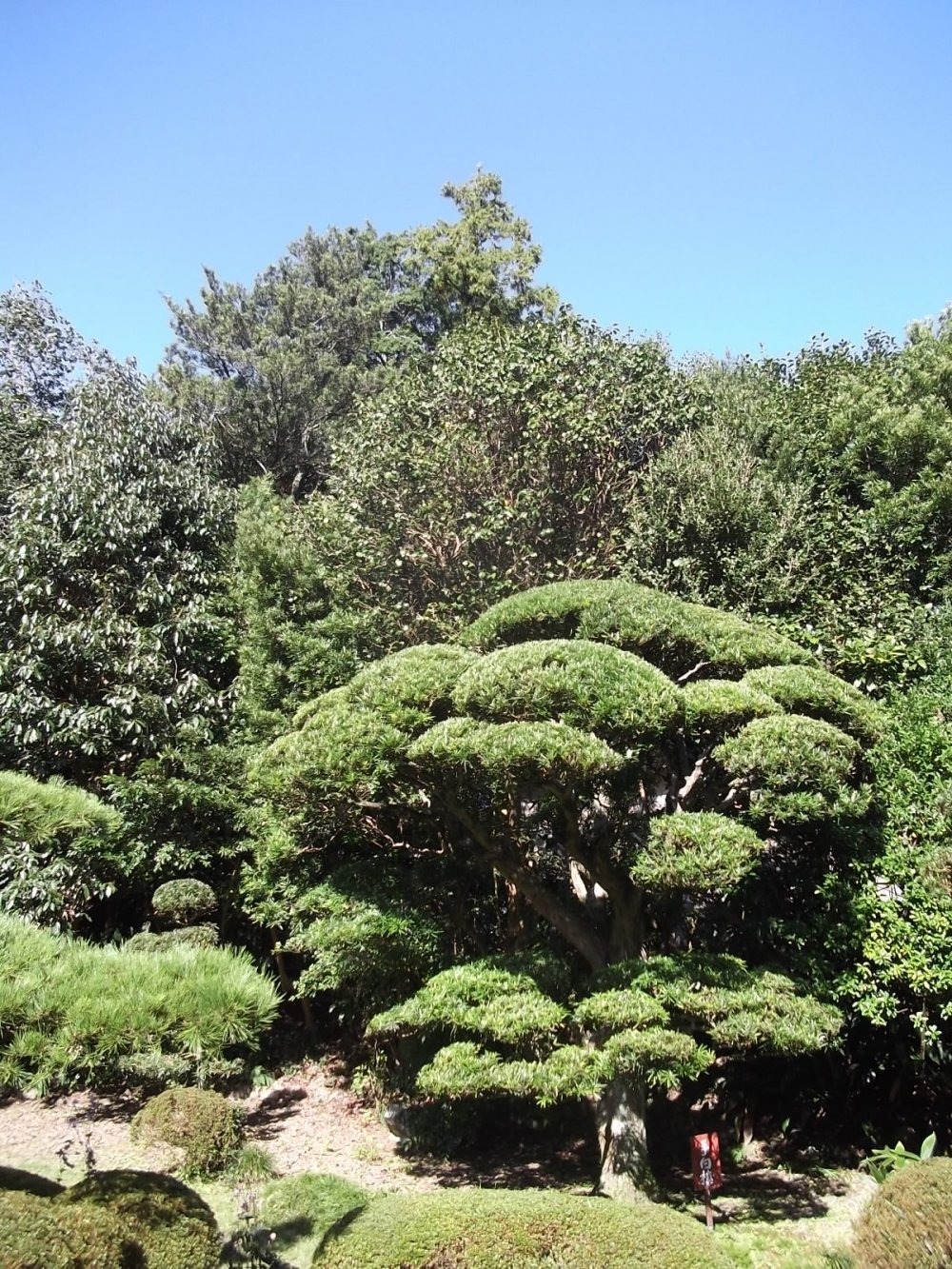 Carefully tended plants and topiary in the garden 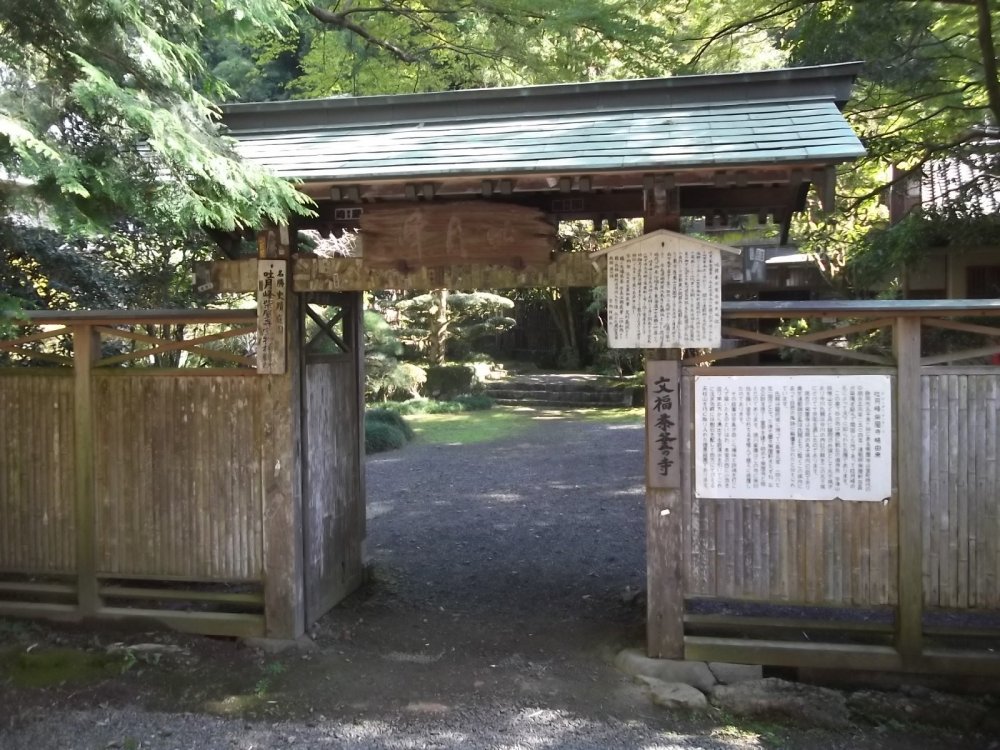 The gate from the road 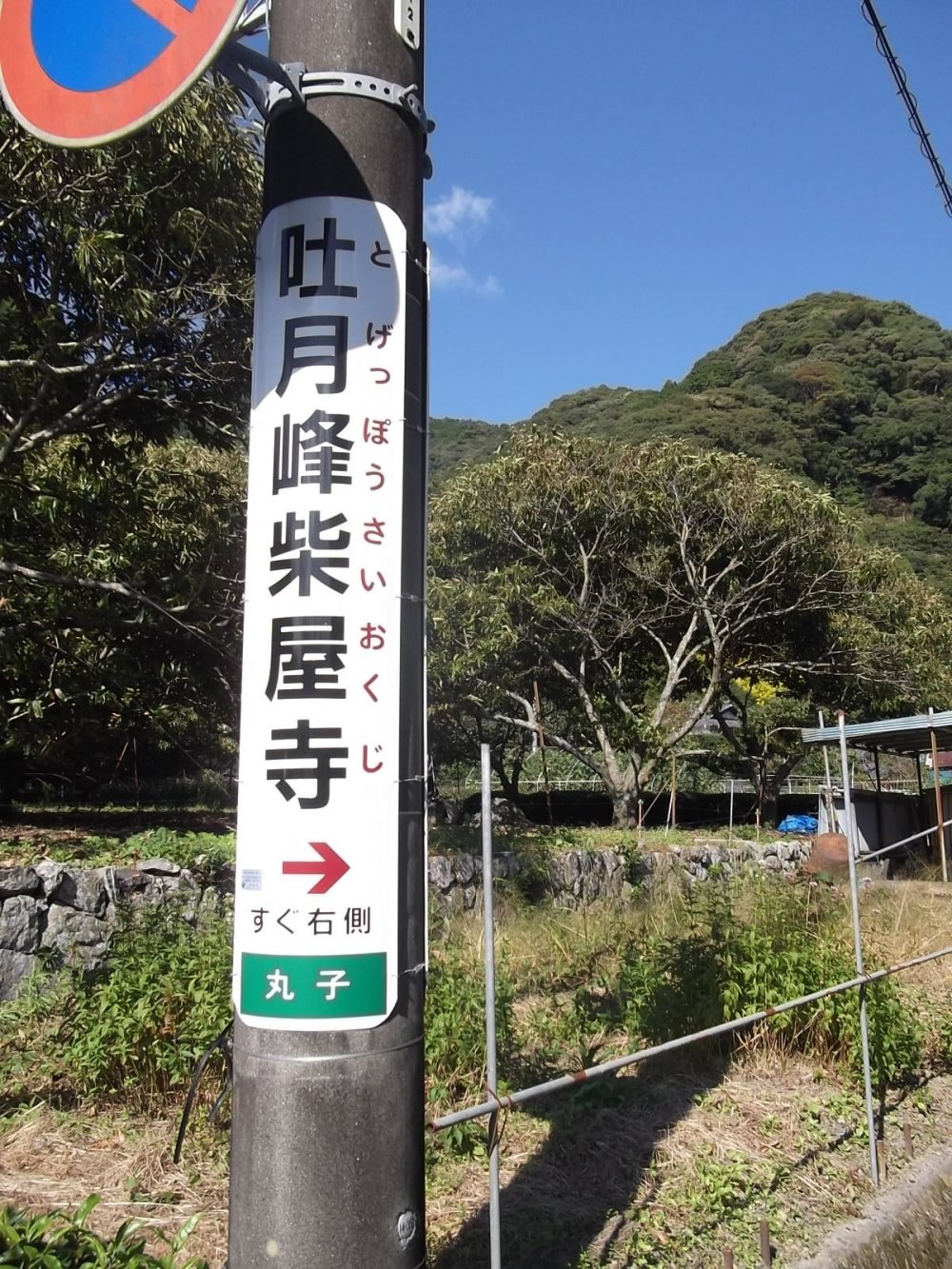 When you see this sign, you've found the temple 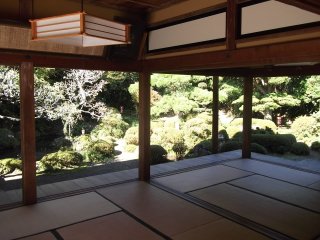 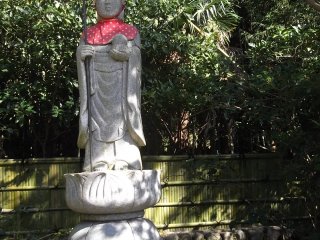 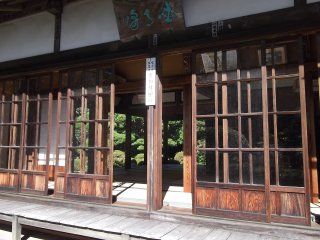 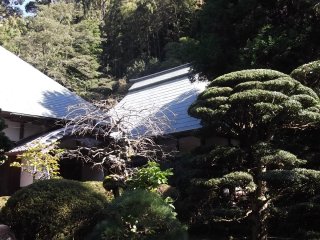 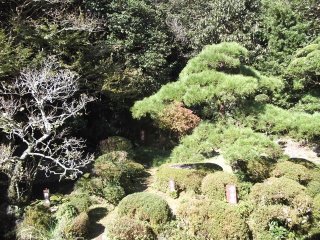 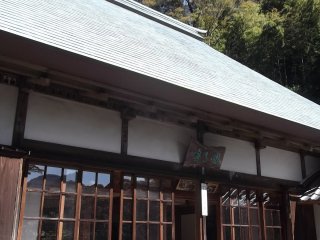 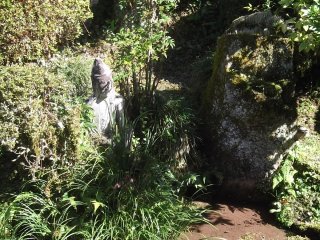 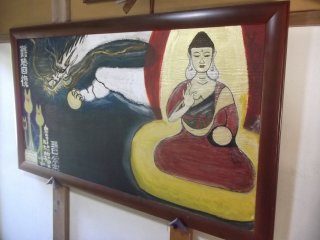 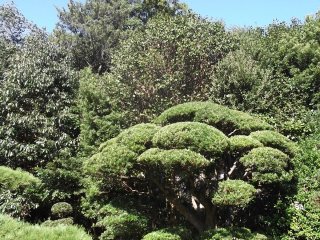 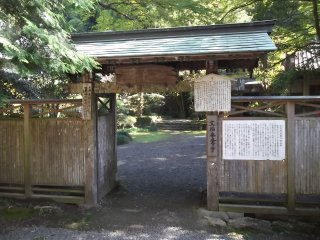 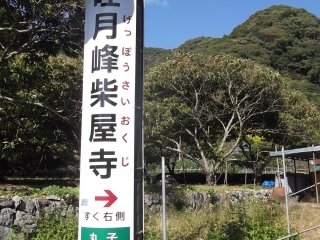 In the hills of Mariko near Shizuoka City, Togeppo Saioku-ji is a charming small Buddhist temple, established in the early sixteenth century as a residence for Saiokuken Socho, a famous poet of the time.

Screened from the road by a grove of tall bamboo, it's a very restful place, with a small hall looking out over an attractive, carefully tended garden, said to be modeled after the one at Ginkaku-ji in Kyoto. At the rear of the garden there's a 'moon-viewing rock', and in the hall there's a painted carving of (presumably) a view from the rock, showing a bright moon high above the hall and trees.

As well as the garden, the hall is stately and elegant; it originally had a thatched roof, and an adjacent building still does. There are tatami mats on the floor, cool underfoot, and around the interior there are statues, photographs, artefacts from Socho's time.

It really is a pleasant place to sit on the tatami, gaze out over the garden which hasn't changed in centuries, and feel the atmosphere of Japan of long ago.