Ginkaku-ji Temple (completed in 1490 and now officially called Jisho-ji Temple) is usually translated as “Temple of the Silver Pavilion.” But it’s not silver, actually. Compared to the gorgeous and dramatic building “Golden Pavilion (Kinkaku),” it is dark-colored, quiet and simple. Why then is it called the Silver Pavilion? The reason is that the concept of the pavilion and all the settings in its precincts are focused on special moon-viewing. While Kinkaku shines brilliant gold under the sun, Ginkaku was planned to shine a delicate silver under the moon.

Moon-viewing in Japan is a traditional event held in mid-autumn. But back in the days when Ginkaku was built, people didn’t view the moon directly. Rather, while boating in ponds, noblemen enjoyed the full moon's reflection on the water's surface, and even in their saké cups. Not only did they enjoy viewing the full moon, but they also created poems, listened to traditional music, and drank tea.

Although the producer of the silver pavilion (Ashikaga Yoshimasa) died before it was completed, he planned it as a special building for full moon viewing. First, they would have been waiting for the moon at the balcony of the first floor. According to computer calculations, the moon came out from the edge of the mountain and quickly disappeared. They then moved up to the second floor and opened the paper-sliding windows to see the moon moving over the surface of the pond. Finally, they moved to the special events room next to Ginkaku through outside corridors (they don't exist today). They enjoyed the beautiful full moon hanging over Ginkaku; making poems, and comparing the fragrance of various types of incense until 3 AM when the moon finally disappeared.

Details of the silver pavilion

The pavilion is a two-story building. The first floor consists of a balcony facing east, a wide-board floored room and two tatami rooms, called Shoin-zukuri; the second floor includes a golden Buddha statue surrounded by paper-sliding windows featuring complex curved line patterns, called Zenshu-yo. Interestingly, although the first floor faces east, the second floor faces south. This fact is still a mystery: According to an examination made during repairs in 2009, the original Ginkaku might have been quite different from what it is today. The outer walls of the second level were painted pure white, and colorful honeycomb patterns, horizontal stripes, and other patterns were drawn under the eaves! White-colored Ginkaku shined a beautiful silver in the moonlight at that time.

While Yoshimitsu was a winner in the world of politics, Yoshimasa was a dropout. Yoshimasa built his villa to enjoy a cultured life, turning his back to society. But he was highly cultured, good at choosing fine art, and really talented with architect design. He collected the best of the best trees and rocks from famous temples and residences by force. In Higashiyama-dono, he tried to create an ideal beauty that had been fostering in his mind. But sadly for him, he didn't get to see Ginkaku with his own eyes. He died in 1490 just before it was finished.

Rokuon Nichiroku (official diary of the priests of Shokoku-ji Temple) says that in 1615 the whole area of Ginkaku-ji Temple was rebuilt. At the time, the pond (which had been hit by a landslide) was reformed, and a sand art garden (described below) was created, and then developed over the years, next to the Ginkaku building.

The garden of Ginkaku-ji consists of an upper dry garden and a lower pond garden, just like Saiho-ji and Kinkaku-ji Temple. This design concept followed the Zen thoughts that Priest Muso Soseki expressed in the garden of Saiho-ji Temple. Based on Zen principles, he built a double-layered garden over an ancient cemetery. But Yoshimasa, who wanted a cemetery of his own, just took the cemetery away from Jodo-ji Temple when he chose land for his villa. Jodo-ji sent Yoshimasa a statement of protest, but he ignored it. He carried his plan through, no matter what it cost, 100% confident of his sense of beauty.

There is an interesting sand art garden next to Ginkaku. The current sand mound and platform design resembles a spiral design that first appeared in the records in 1780. In the records of 1799, the spiral pattern was elevated a little, and then in 1864, it was elevated more and became a mound. So, this unique sand art was not built in a day (as well as Rome)!

Find out more about Ginkakuji. 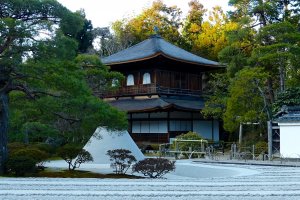 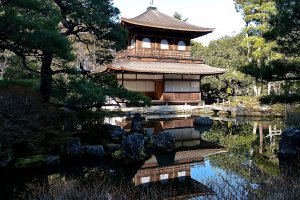 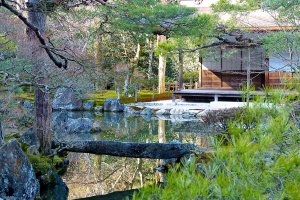 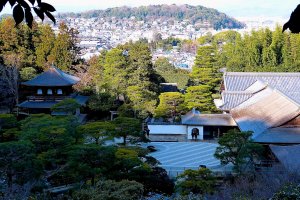 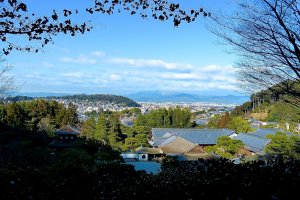 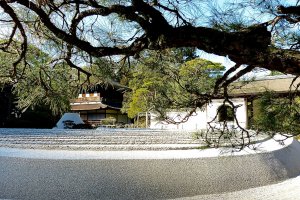 Tomoko Kamishima Author 5 years ago
Thank you, Happy Girl. I was also touched to know that Ginkaku-ji was designed for special moon-viewing.
Reply

James Forest 6 years ago
I want to live there, but I dont see them wanted a gaijin living in their temples! hehe. Beautiful...
Reply Show all 0 replies
3 comments in total