The gateway to a holiday of hotspring luxury

Kinugawa used to be called the ‘Living Room of Tokyo’ and for good reason. The beautiful onsen town is a short two-hour train ride from the capital’s main train hubs. The Kinugawa-Onsen Station is a small, wonderfully festive, well equipped and conveniently located station to access any of the town’s various spa hotels and facilities.

The town of Kinugawa proper is nestled in the mountains of the wooded and mystic Tochigi prefecture, sitting a 10-minute trip away from the tombs of the Tokugawa shoguns at Nikko. The ferocious Kinugawa River cuts through the town, flanked by hotels and sheer cliff faces. The name (Kinugawa means ‘angry ogre’ in Japanese) is a fun one, and in typical Japanese fashion, the station and its surroundings capitalize on this fancy to make visiting a special experience for tourists. The first thing you see outside the station is a statue depicting the angry ogre in question, holding his gnarled club defensively, presumably guarding the path of the river rushing beneath him.

This ogre is the beginning of an ample plaza that welcomes guests, a symbol of the greater openness always present in the spectacular outdoors that is the nature in and around the town. At the left of the plaza upon exiting is another, bigger, ogre statue—this one reclining lazily, safe in the knowledge his size and ugliness will scare off any challengers, and maybe even calmed of his anger for however brief a spell.

It was almost Golden Week when I arrived at Kinugawa-Onsen, and the Station had set up streamers and pinwheels to celebrate the coming festivities. Inside the station were more fun pictures of ogres, this time two mascots of the town, cheeky and cute, romping around the signage of the small halls.

In terms of more practical details, the Kinugawa-Onsen Station is well equipped. There is an especially large ticketing room where passengers can be helped in English and can easily find their way around the prefecture as well as far-flung parts of Honshu and there is a newsstand within the station itself, with rows of seats for transit riders to sit before entering the gates to wait on the platforms. Ringing the open plaza out front are souvenir shops, restaurants (both specialty and general), a police station, and some craft stores. And if none of those tickle your fancy while waiting for your locomotive, a look around at the mountains is enough to please any outdoorsman, and the roaring river is a stones throw away.

Kinugawa-Onsen has everything you could want from a station, and even more than you might expect from such a small town. There is helpful information, plenty of distraction to fill the time between transport, and a great touch of local flare that makes you at once feel at home and very much in Kinugawa.

Kinugawa-Onsen is on the Tobu Kinugawa Line, and is also serviced by the JR Kinu Limited Express from Tokyo (Shinjuku and Ikebukuro). The trip is around 2 hours end to end and is covered by the JR East Pass, but not the JR Rail Pass. 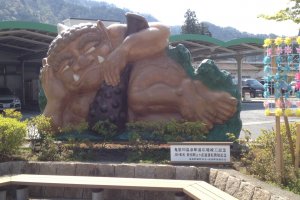 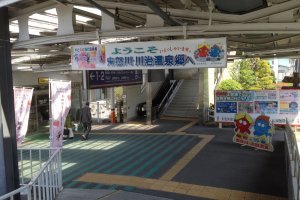 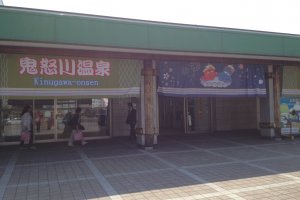 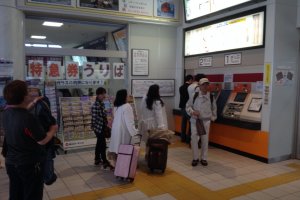 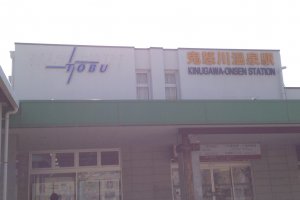 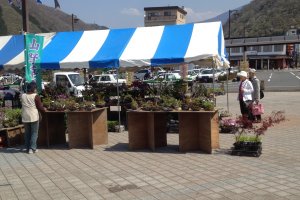 Victoria Vlisides 5 years ago
Beautiful Station. I was really happy about all the tourist information right when you get there. Great staff, too.
Reply Show all 0 replies
1 comment in total