Summer in Japan’s lowlands, even in Hokkaido, can get unbelievably hot and humid. Hot by itself is bearable, but hot and sticky is just depressing. So you either need to be near a beach, which is what most Japanese do, or take yourself to the highlands in one of the alpine regions. In Honshu there are about a dozen notable highland areas, known as “Kougen” in Japanese. Of these, the best to visit are probably Myoko Kougen, Japan’s first ski resort, and Nasu Kougen, located on the slopes of Mount Chausu.

How do I know Nasu Kougen is one the “best”? Well, by the fact that the royal family has an Imperial Villa, a summer house, there!

“Kougen” are usually lava-created plateaus located high up in a volcanic mountain range, and while Nasu Kougen is high up on the side of Mt. Chausu, it’s certainly not a flat plateau. As a result, almost every lodge, holiday home, and tourist attraction has a view or glimpses of the expansive lowlands below. It also means that katabatic winds coming off the peaks provide a pleasant cooling breeze most evenings, despite whatever tropical high may be passing over Honshu itself.

Apart from the views, Nasu Kougen and Mt. Chausu are famous for both the local onsen and an ancient rock, the Sesshou-seki (Sesshou stone), which represents the final resting place of an evil nine-tailed fox appearing in folklore. A few meters to the south of the Sesshou-seki is the wonderful old must-see Nasu Onsen Shrine. This Shinto house of worship is simple but refined, and features a particularly nice altar bell (the one you rattle to summon the gods) which has turned a beautiful shade of iridescent purple because of the bronze metal reacting with the volcanic gases wafting across.

But the real reason we are here is to stay at one of Japan’s best onsen ryokans – the Nasu Onsen Sanraku – I’ll call it the “Sanraku” for short. The hotel is a restored historical building that was originally erected in 1923 for a wealthy merchant family by the name of Mitsui, and which became well known in the area. Indeed, members of the Imperial family are said to have stayed there shortly after completion. The building is built in the Prairie style, reminiscent of Frank Lloyd Wright but with a lot of Japanese aesthetics – so it’s different and yet familiar at the same time.

You can’t see the main building from the road because it’s nestled in a grove of trees, but once you get out and start to explore, you start to get a feel for the effort put into the décor, the architecture, and the many motifs designed to delight the eye. Lots of ceiling-to-floor windows along the main structural walls, and glassed off “alcoves” containing Japanese gardens, miniature waterfalls, and rushing water.

I stayed at the Sanraku two nights, and on the first night was given one of the second story rooms with a commanding view of the garden and the surrounding trees. I’d been riding my bike all day to get to the hotel, so after huffing and puffing over 80km of hills and dales, all I could think about was a long hot bath. I quickly changed into the obligatory XL-sized kimono and made my way over to the men’s ofuro, which was both spacious and scenic. The main bathing area opens out to a gender-divided open air rotenburo, where you can listen to the insects and the rustling leaves of the surrounding trees.

Actually I was so tired, that I couldn’t help being a bit “naughty” and doing the “half boiled frog” thing. What’s that? Well, one really nice thing about Japanese highlands onsen is that that evenings are cool and you can lie half sprawled on a lusciously cool smooth pool-side rock like some gangly salamander! This way your legs and back are warm and your upper body is cool – meaning you can stay in much longer than normal. I’m sure this is not proper Japanese onsen etiquette, but that first night there weren’t many guests so I didn’t shock too many people.

Back in the room, dinner was a massive set of courses, with fresh seafood (I’d let them know beforehand that I don’t eat meat) prepared in a multitude of ways. The highlights for me were the lightly piquant cubed toro tuna topped off with yamaimo-oroshi (finely grated mountain potato) in the yamakake style, and the assorted seafood dish served with sugar-free fig compote.

On the second night the manager, Mr. Harada, who is a really nice guy, offered to let me stay in a deluxe room downstairs because of a guest cancellation. Never one to deny a free offer, I hurriedly packed my stuff, and my Nakaya (house maid) moved everything downstairs. The room itself wasn’t drastically different, until that is, I got to the bathroom. Then I discovered why people book the downstairs rooms. For there, just outside the usual shower area, was a wooden rotenburo about the size of two large tea boxes. It was wonderfully weathered and had a continuous stream of hot spring water flowing through it. That night, after feeling assured that the surrounding hedge would offer a little privacy, I sat in that rotenburo for about an hour, soaking in the steamy flow, meditating, and listening to the night sounds in the surrounding forest – just magical!

There is plenty to do around the Sanraku, although you really need to have a self-drive rental car or a private hire car to do the area justice. You can take your pick of golf courses, the local free footbath outside the Nasu Onsen Shrine, the Mt. Chausu ropeway which takes you up to a panoramic view of the area, the Minamigaoka working dairy farm open to the public and great for kids, the Nasu Safari Park, the Ima Farm cheese factory, or, my favorite, the many cafes and restaurants stretching from the Sanraku down the hill towards the Tohoku Expressway below. I guess the area is attractive to artists since alongside the cafes you can often find galleries as well.

In fact, I rode to the Sanraku on my bicycle! I traveled up about 80km from Kinugawa in the south. Although getting there wasn’t that difficult, I have to say that the 500m elevation climb over the last 6km was unexpected and a bit brutal after a full day’s ride – I was extremely happy to make it up to the top! Still, it was well worth it. Sanraku is one of those places you want to keep in the back of your mind if you ever want to take someone special to stay up North.

Australian-Kiwi serial entrepreneur living and working in Japan. I have started up more than 17 companies in Japan, not all successful, but each and every one a special learning experience and of significant personal value. Currently I am focused on developing www.japantravel.com into the leading resource for inbound travel into Japan. OK, this sounds a bit trite, so let me say that the REASON for developing Japan Travel, is because I want Japan to be a better place for foreigners and dual-nationals, like my five kids. That's a big mission for one life, and I'm extracting as much learning and value out of the journey as I can. Other than that, yeah... married twice, and currently living with my wife Kumiko and 2 of my 5 kids in Shibuya, Tokyo. Keen cyclist, pesce-tarian, and supplements experimenter (right now I'm very into matcha as a supplement). I listen to just about anything with some harmony and rhythm and especially like 70's rock and 90's Indian fusion jazz-raga. 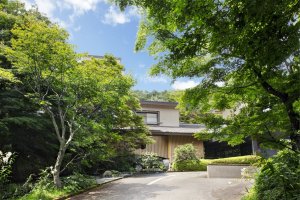 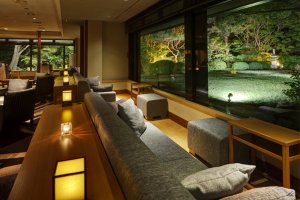 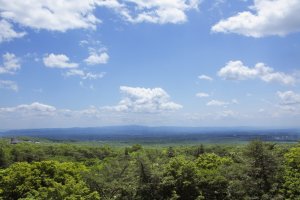 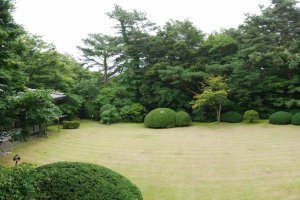 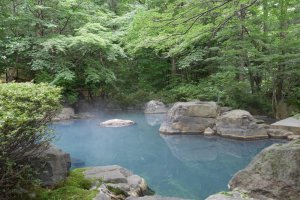 Lynda Hogan 5 months ago
It looks and sounds absolutely gorgeous. My family and I are big fans of Nasu town and the Nasu district in general. Before the pandemic, we visited twice a year and we will keep going back (after the pandemic) to explore even more. I love that street you are talking about too; we visit Santa Claus at "Finland No Mori" on that street every year.
Reply Show all 0 replies
1 comment in total