Nikko Grand Spring Festival, or Shunki Reitaisai, is held every year during the month of May. This weekend long event is set at the Tosho-gu Shrine in Tochigi Prefecture. This first day of the festival is the Yabusame, a competition of mounted archery that brings in archery champions from all over Japan.

During the tournament, decedents of the Tokugawa family preside over the festivities. The nine archery contestants are paraded along the Omote-Sando road leading up to the Tosho-gu shrine. The archery contestants are divided into two groups and each compete by firing three arrows at three targets paced seventy meters apart. They must do so by riding horseback up hill at full gallop. Those who are able to break each of the targets will win the favor of the gods. Traditionally those who performed poorly were often commanded to commit seppuku, or ritual suicide. But today that tradition is no longer observed. The two groups are different as the second group uses smaller targets, making it more difficult.

The archery contestants are adorned with traditional samurai armor and use traditional weapons, including special arrows. When they are paraded in front of the crowds on Omote-Sando, they are accompanied by equally adorned attendants and are preceded by a group of women who walk down the road performing a traditional dance to music.

Nikko Tosho-gu Shrine is part of the UNESCO World Heritage site in Nikko that celebrates the Temples and Shrines of the area. Tosho-gu is nestled in the natural beauty of the Nikko region and is home to a historical rich tradition. You can access Nikko directly from Tobu’s Nikko Line from Asakusa station or via the JR Nikko Line from Utsunomiya. From the stations it is a short walk (~15 minutes) or quick bus ride up to the Nikko National Park and UNESCO site.

The Yabusame competition is on the first day of the festival. The following day there is a procession of 1000 samurai. It is worth noting that the Nikko Shrines put on another festival at the start of autumn during the month of October. Although the autumn festival is very popular it is not as impressive as the spring festival. 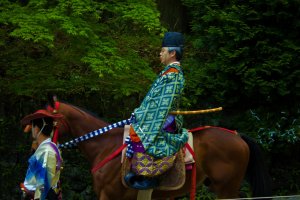 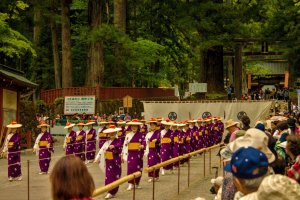 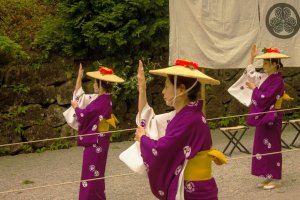 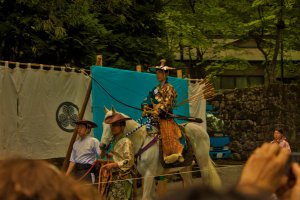 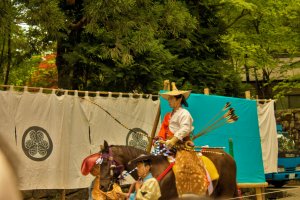 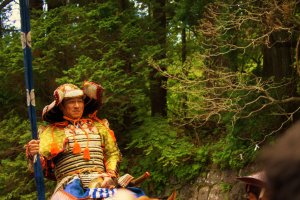