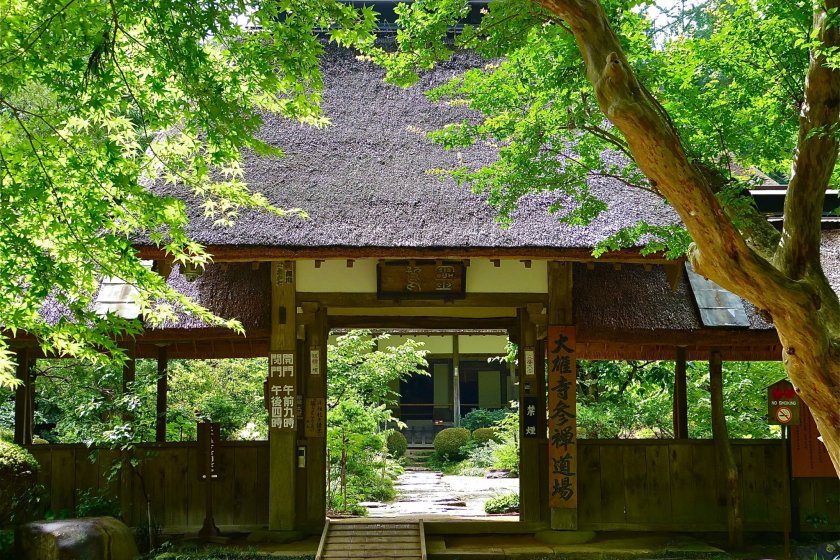 Buddhism from across the sea 6 – Priest Toko Shinetsu

Daio-ji Temple, situated in the northeast region of Tochigi in Kurobane, was established in 1404 as a Zen temple. A feudal lord in Kurobane, Ohzeki, became a powerful supporter in 1448 and the Ohzeki Family has continued as followers of this temple for generations. Several buildings with thatched roofs are well maintained here, and a hard-packed dirt path within the cloister, that thousands of monks have walked for 600 years, reflects their serious practices. In 1693, a high level priest from China's Ming dynasty stopped by here on the way back to his temple in Mito, Ibaraki after visiting the hot springs in Nasu. He left his precious title calligraphy, handwriting and three India-ink drawings as memento gifts.

Daio-ji is at the east side of the Naka River, which divides Kurobane into two parts. The Naka River starts as a clear stream from a volcano, Mt. Nasu, and flows down to the Pacific Ocean in Ibaraki. It is also known for its tasty sweetfish.

From Sanmon Gate to Somon Gate, there are some impressive stone statues that line the stone steps. The 16 statues of expressive Rakans (achievers of Nirvana) are uniquely attractive and photogenic. They were erected in 1994 to commemorate the 600th year anniversary of this temple. At the Somon Gate, we can see dim but beautiful letters of “Ryoju” (the original meaning of Ryoju is an Indian mountain where Buddha taught his followers). The main hall is beyond the gate, the building on the left is for Zen meditation, and the building on the right is the priests’ living quarters. All three buildings are connected, with a cloister encircling a courtyard.

Toko Shinetsu was born in Jinhua (in Ming) in 1639. Jinhua is famous for its special Chinese ham today. He spent his early years in a chaotic situation at the end of the Ming and the beginning of the Qing dynasty. In the middle of his Buddhist training, he suddenly left the priesthood and joined the war. He became an armed monk and fought with passion against the Qing. But eventually, he despaired of the endless fighting and returned to the temple to continue his practice. After that, he studied and meditated for years before finally achieving a spiritual awakening. But the fact that he had participated in the war caused many difficulties in his later life.

In 1676 Toko Shinetsu came to Japan as a political refugee, to escape from the Qing, who were chasing him. Japan had officially closed her doors to the world, but high level priests from across the sea could stay in Nagasaki unofficially. In those days, a few Buddhism sects were in a state of confrontation in Japan. And the opponents of his sect tried to force him to leave Japan. To counteract this, his sect did a lot of lobbying in Edo (old Tokyo) so that he could stay. Finally, a powerful feudal lord Mito Mitsukuni welcomed him. In 1683, Toko Shinetsu moved to Mitsukuni’s territory, Mito, and started to teach not only Buddhism but also various kinds of Zen art. Japanese artists who learned from Toko Shinetsu absorbed the essence of his teachings and went on to improve the level of each of the fields of art that they were active in (Cf.『東皐心越』高田祥平著).

Toko Shinetsu was a versatile artist, musician and poet. He left many works in Japan. His works of Indian ink drawings, seal engravings, calligraphy, Chinese zither music, singing, and Chinese poems were all sophisticated and dignified.

Seal engraving is the making of stamps, or chops. The stamp is used like a signature for legal documents, but the imprint itself is considered a work of art. He sometimes made seals as gifts for other priests. Among his works of calligraphy, it deserves special mention that he created 47 title calligraphies for temples all over Japan. No other priest accomplished this splendid feat. “Ryoju” at Daio-ji Temple is one of them.

Mito Mitsukuni was one of the grandsons of Tokugawa Ieyasu (the First Shogun of Tokugawa Shogunate). Mitsukuni was an influential person in both politics and cultural activities. He studied the classics, protected cultural assets, and edited the “History of Greater Japan”.

Toko Shinetsu associated with huge numbers of Japanese priests, politicians, literary men, scholars, and musicians. His influence on Japanese art and literature was stamped on various subjects and became the base of a flowering Edo culture 200 years later. 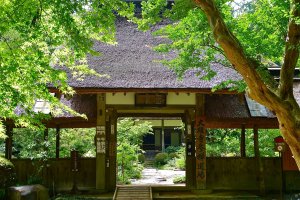 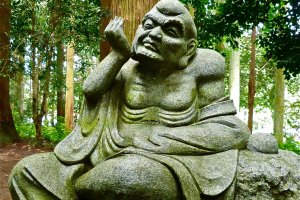 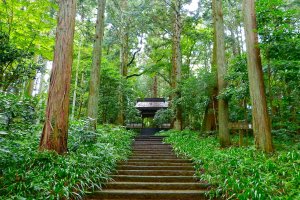 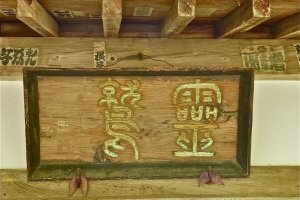 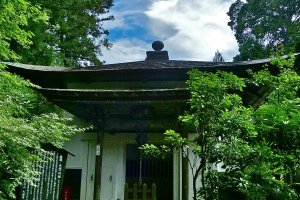 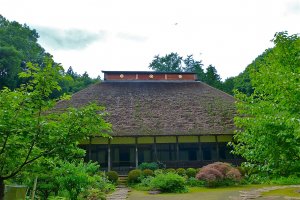