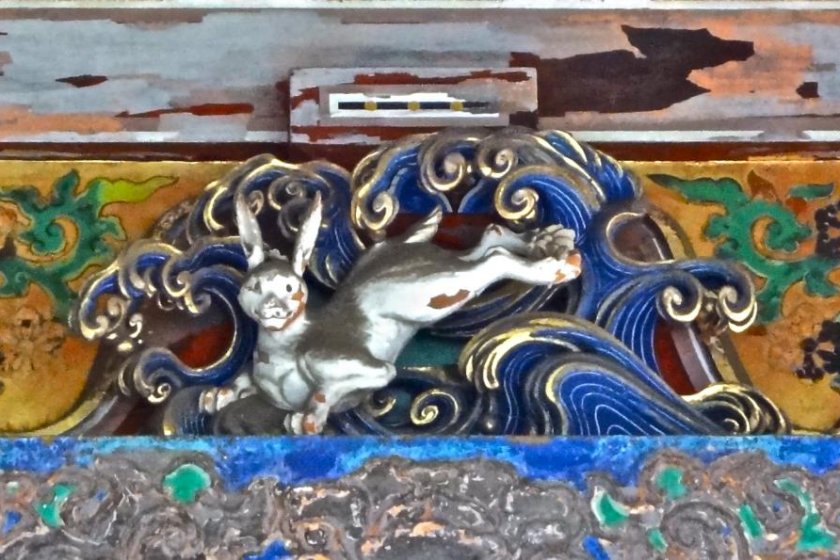 Hidden signs behind its many carvings

The rabbit represents east and 6AM

The man behind all the art of Tosho-gu, Kano Tanyu (1602-1674), designed huge numbers of sculptures and carvings for each building. There are 5173 works in total. Most visitors to the shrine try to first observe all the details of every piece they look at. But 30 minutes later, they give up and stop. There are too many, and they are too shiny, too decorative, and too busy for anyone to keep concentrating on them. Instead, I would like to focus on some interesting points for you to see, to help you enjoy your visit to Tosho-gu.

These sculptures are (kind of) explained in the order of the established temple route, so categories are mixed together. I referred to “Nikko Toshogu no Nazo『日光東照宮の謎』” written by Harutoshi Takafuji, the Sinto Priest of Tosho-gu.

Based on Taoism and Onmyo-do, the 12 zodiac animals represent: One of 12 directions; One year in a 12-year cycle; and one 2-hour internal in a 24-hour day, the time of the day. For example, there is a rabbit representing east and 6AM. There are panels of the animals on the first story of the pagoda. Each animal faces in its own set direction to protect the entire area of Tosho-gu.

The tapir (or Baku 獏 in Japanese) is one of the many imaginary creatures in Tosho-gu. It is characterized by its long elephant-like nose and curled hairs on the neck. Generally speaking, people believed that baku eat nightmares or we can protect ourselves from evil power if we sleep on a carpet made of a baku’s skin. But in Tosho-gu, Tanyu used baku as a symbol of peace. baku eats iron and copper. Once a war starts, people use huge quantities of iron and copper, and so baku will starve. But in a peaceful world, baku is happy to eat a lot of iron and copper. There are 78 tapir in Tosho-gu in total.

Three Monkeys at the Sacred Stable

Eight panels of monkey carvings (San-saru 三猿) decorate the stable. These carvings represent various phases of human life (birth, childhood, adolescence, and so on). They are here to protect the sacred horses in the stable from harm’s way.

Winged dragons (Hiryu 飛龍) breathe fire from the mouth and their bodies are always very hot. So, they need water to cool down. Their presence protects Tosho-gu from fire. Winged dragons have legs like birds and the tail of a fish.

Pair of Stone Lions at the Stone Fence

There are 129 lions in Tosho-gu, and they play the role of shrine guardian. More than half of them decorate Yomei-mon. But just before the gate, you can see a pair of stone lions at the stone fence. They are supposed to be scary but I think they are so cute! I really love them and I can’t help touching their cute heads and bottoms every time I visit Tosho-gu.

We don’t know much about soku-iki (息) and in fact we aren’t sure whether they were called soku or iki. These creatures (under the eaves of Yomei-mon, below the dragons) have curled hair on their necks, their noses are like the nose of a pig, and they have no scales on their bodies. We are not sure what their function is, but they are placed in a very strategic spot.

There are 66 people on the panels of Yomei-mon. The central panel on the front of the gate is Shuko-choso. It depicts a scene where the King of Shu is listening to a petitioner, even while washing his hair. It implies that Ieyasu governed as wisely as this great king did. But somehow, it looks like he is just wiping his ear to me…

A Talisman Gatepost on Yomei-mon Gate

Yomei-mon is supported by 12 columns, each with whirling patterns. Look carefully and you will see that the pattern of one of them is upside-down. The same trick is observed in various other places in Tosho-gu. The creator, Tanyu, consciously designed them as a talisman. Evil spirits feel jealousy toward impeccable beauty. So, one of the pillars was set the wrong side up. More than that, Tanyu believed that any perfect thing would be broken in the near future, and so since it isn’t completed yet, it will last until its perfection is achieved.

The carvings of Tosho-gu are quite deep and also attractive. Tanyu concealed many massages behind those carvings and prayed for a peaceful world. There are many, many more unique animals and creatures in Tosho-gu not included in this article. Please explore and find them if you are interested in the magical creatures of Tokugawa Ieyasu. 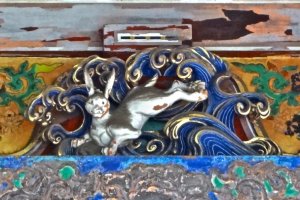 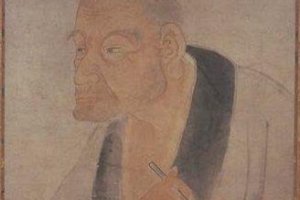 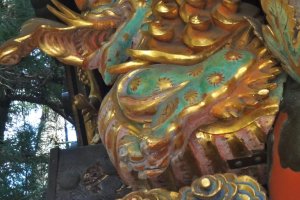 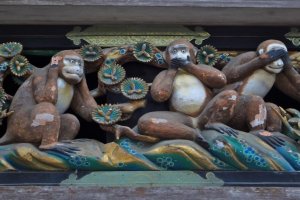 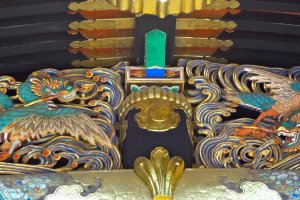 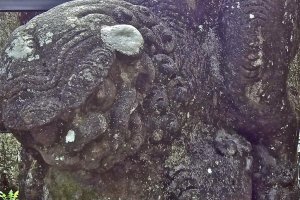 Wouter Thielen 8 years ago
I have been to Nikko a few times, and of course to Toshogu shrine too, but I never knew about the symbolism behind the artworks there! Thanks Tomoko, on my next visit, I will make sure to check them very carefully!
Reply Show all 0 replies
1 comment in total