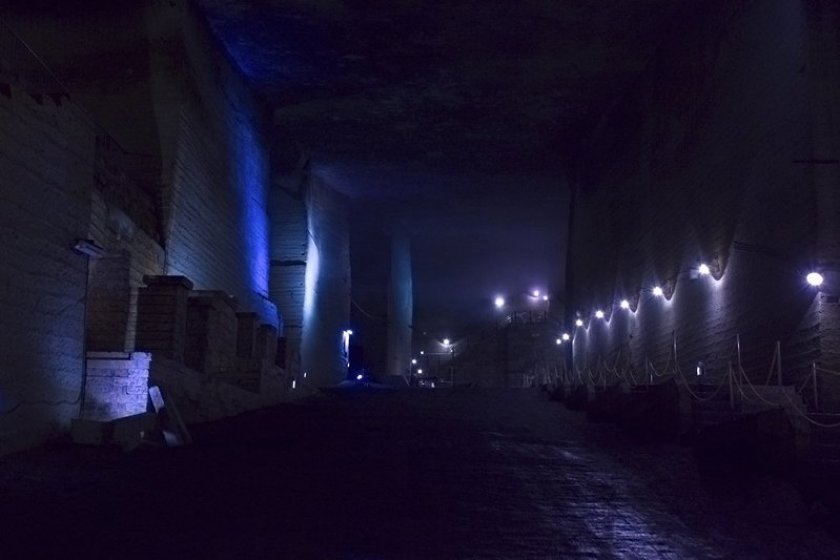 Dig deeper into the culture of this unique rock

The mystical interior of the Oya History Museum

Visitors often bypass Utsunomiya, a city in the heart of Tochigi that is most famous for its gyoza. For those heading to Nikko, though, it’s an excellent stepping-stone on the way there. Scratch at the surface and you’ll find there’s more to the city than what first appears. While you’re there, take some time to explore the Oya stone. You may never have heard of it before, but here’s why you need to know more:

What is Oya stone?

Oya stone is type of 'Green Tuff', formed through undersea volcanic eruptions. For the non-geologically inclined of us, it’s a type of rock made from volcanic debris and cooled immediately by seawater. These factors cause the stone to have a porous quality and a distinctive, rough appearance.

Though used for centuries locally, it was thanks to architect Frank Lloyd Wright that it gained wider usage and popularity across Japan. He used Oya stone in part to construct the old Imperial Hotel in 1922 — a controversial choice at the time as many thought it too weak for major construction. The building survived the 1923 Great Kanto Earthquake with minimal damage, ultimately proving the naysayers wrong.

Where can I see Oya stone?

Utsunomiya’s Oya-machi area—as the home of Oya stone—has the most easily accessible and impressive Oya stone buildings, quarries, and temples. Look closely as you wander this district and you’ll be surprised to see old storage houses converted into shops and restaurants sporting brownish-gray blocks on their exterior walls.

To make your search easier, we introduce three historic Oya stone spots that are guaranteed to rock your world:

Despite its name, it’s not a storage place with old pieces of rock lying around. It’s much more interesting than that. The museum lies inside a 30-meter-deep cave, which used to be an Oya stone underground quarry. It was used for over 70 years, with people first mining and carrying out individual blocks by hand before switching to machines as technology improved.

The quarry has a mystical atmosphere as openings to the outside are shrouded in a cool mist, and the inside maintains a comfortably cool temperature year-round.

It’s often used for concerts, art exhibitions, and often appears as a setting in movies and TV shows. Make sure to stop by the cafe next door for mouthwatering crepes and shaved ice in summer. There is a charming gift shop with unique Oya stone items so you can take a piece of Utsunomiya home with you.

This historic site has drawn people to it for thousands of years. Japan’s oldest stone Buddha relief, known as the Oya Kannon, is carved into the rock face of Mount Otome, which towers above the main temple building.

It was long believed that Kobo Daishi, the Buddhist monk who founded the temple, had carved it. Research shows it’s more likely to have been made by Afghan artisans who arrived in Japan via the Silk Road. Excavations of the temple area have revealed bones that date back 11,000 years – i.e. the Jomon period (14,000–1,000 BCE). The skeleton is almost completely intact and located in the temple’s treasure museum.

The garden behind the museum is worth a visit, housing a shrine to the goddess Benzaiten. As if that wasn’t enough, a short walk from the temple will lead you to the more modern Heiwa Kannon, a 27-meter goddess of mercy and peace consecrated in 1956, also carved out of Oya stone.

Matsugamine Catholic Church is intriguing for many reasons. Built in 1932 out of reinforced concrete and faced in Oya stone, it’s a fascinating mixture of western Romanesque architecture and Utsunomiya Oya stone in a generally non-Christian nation.

The church sits on the former grounds of Utsunomiya Castle, where one of the most famous Boshin War battles took place. If you’re inclined to believe the rumors, it was in the church’s current courtyard where Shinsengumi member Toshizo Hijikata was severely wounded, leading to him missing the Battle of Aizu.

Getting around the Oya sights

There are many ways to get to, from, and around Utsunomiya’s Oya-machi area, but the all-day unlimited Oya Sightseeing bus ticket is the easiest and cheapest. It will take you to all the places mentioned here, plus many more.

The ticket price include admission fees to the Oya History Museum and Oyaji Temple and offers discounts at certain shops and other destinations. 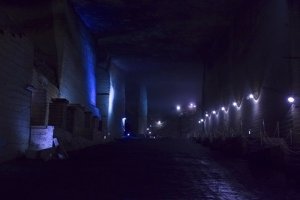 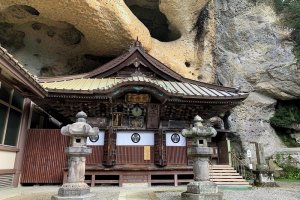 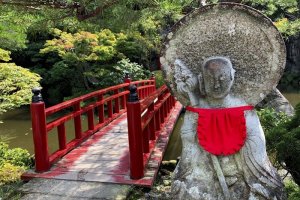 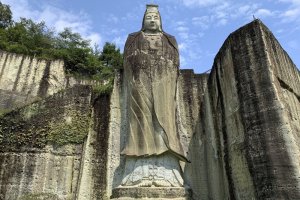 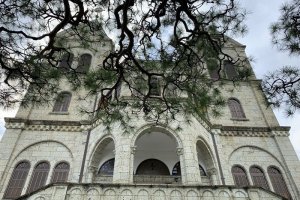 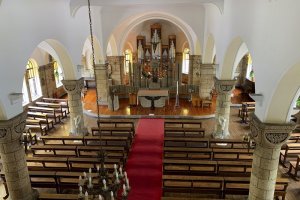 Sébastien Duval a year ago
Nice selection; thanks for sharing, Lisa! Oyaji temple & surroundings are exciting; I found them particularly stimulating with colourful autumn leaves 🍁 Heiwa Kannon statue is really impressive as well as the narrow path with tall walls on its right (when facing the statue)...
Reply Show all 0 replies

Sleiman Azizi a year ago
I've been to Utsunomiya - great gyoza by the way - and thoroughly enjoyed it but geez, I wish I had known about this place.
Reply Show all 0 replies

Kim a year ago
Had never heard of Oya Stone before, but it's beautiful!
Reply Show all 0 replies

Elena Lisina a year ago
It's amazing! Still on my list to visit that place!
Reply Show all 0 replies
4 comments in total