In our busy world, often we give our attention to the biggest, loudest, and most flashy things, and fail to notice the beautiful but less obvious things.

The Yumoto Onsen Snow Festival, held in the small town of Yumoto Onsen in Tochigi Prefecture (near Nikko), is utterly fantastic, a labor of love by the local residents and businesses. It very much deserves to be on top of travelers' "to do lists" when they're in the area.

The festival features incredibly amazing ice sculptures tucked into igloo-like snow domes called kamakura. The sculptures are incredibly artistic, with superb detail that would be impressive on a drawing, much less a sculpture made of ice. The person-sized statues display imagination-captivating scenes. Some show fantastical images: mermaids, fairies, dragons, and unicorns. Others are very nature-oriented, depicting fierce eagles and sleek fish.

The snow domes themselves are impressive as well. The kamakura are a common feature of Japanese winters. They're built solidly as a thick mound, and are then hollowed out. The kamakura at this festival are perhaps two meters tall and quite wide. According to a person who worked on the festival, it took over ten hours to make a single kamakura. Traditionally, kamakura were built to include an altar to the water gods. This explains the sea-based imagery of many of the carvings, with mermaids, fish, and so on. The assembly of the statues and kamakura must have been a complex undertaking, as the three dimensional figures would not have fit through the opening of the snow domes, which make them appear all the more magical.

Though the festival can be enjoyed during the day, the best time to visit is at night when an LED light and music display really turn on the magic of the festival. The coordinated effects turn the beautiful art into a serene, dreamy experience. As the colors fade and change in concert with the beautiful and haunting melodies, festival goers stroll through the grounds again and again, ignoring the cold and drinking in the surreal atmosphere.

For me, attending the festival was a beautiful, peaceful experience, and should be taken into consideration when choosing your dates to visit the Nikko/Yumoto Onsen region.

The Yumoto Onsen Snow Festival is held from mid-January to late February (January 24 - February 28 in 2015). The nighttime light-up goes from dusk until 10:00 p.m. It's free to enjoy. The festival is held in the center of the town of Yumoto Onsen, which can be reached by bus from Tobu-Nikko Station. Tobu-Nikko Station is just less than 2 hours on the Tobu SPACIA express from Asakusa Station in Tokyo. 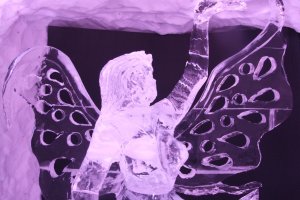 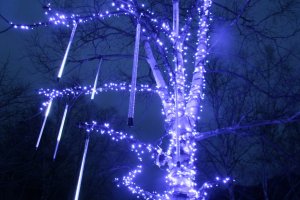 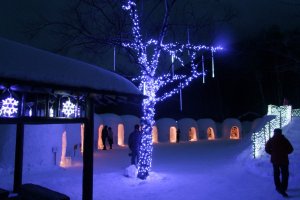 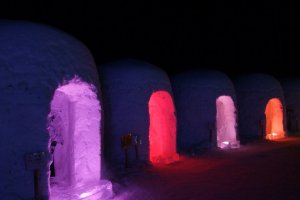 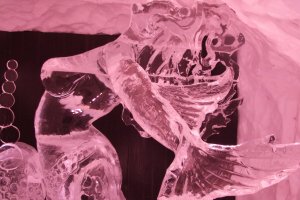 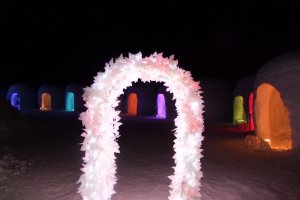 Justin Velgus 6 years ago
I had no idea there were snow festivals outside Sapporo or Tohoku.
Reply Show all 0 replies

Jerome Lee 6 years ago
I am gonna have this featured on the JapanTravel - Singapore page, because this is such a great find! Thanks for discovering this for us Todd!
Reply Show all 0 replies
4 comments in total