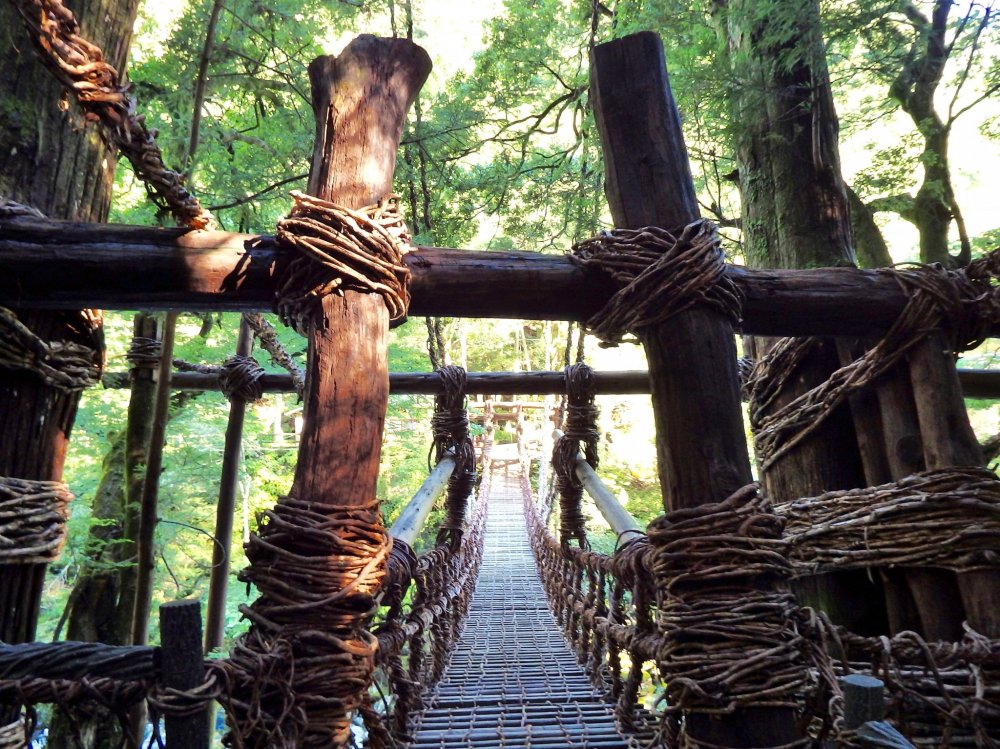 Anyone with a fear of heights should think twice about crossing this bridge. Weighing approximately 5 tons, the Iya-no-Kazurabashi is 45 meters across, 2 meters wide, and is 15 meters above the river. 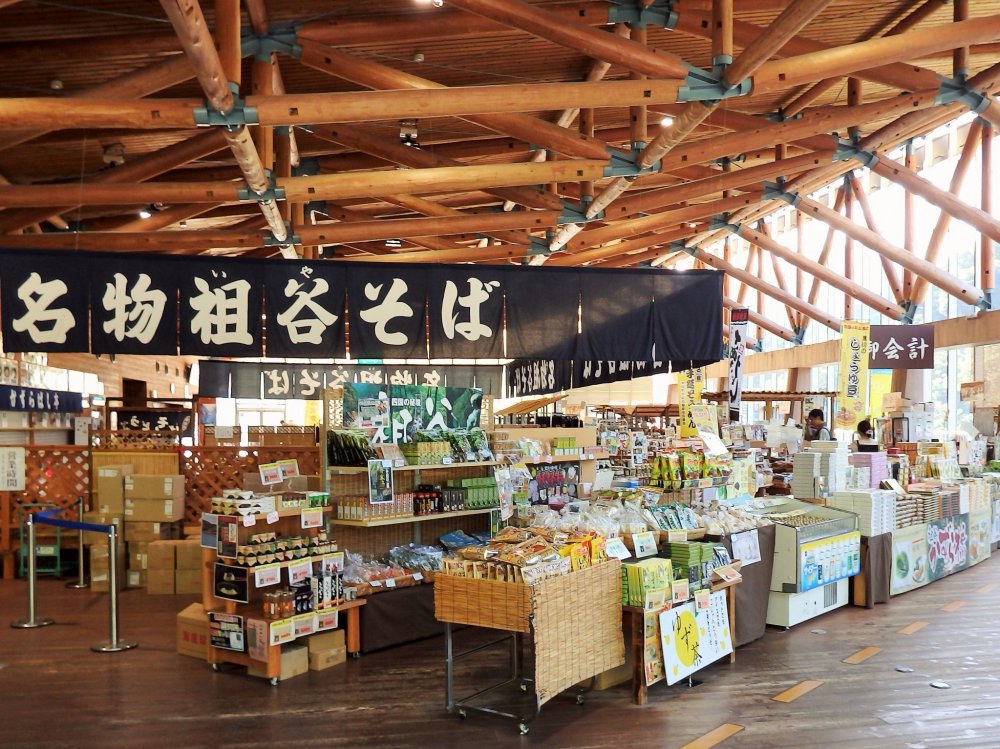 If you are driving to the bridge, park in the Kazurabashi Yume-butai Parking lot. It is beside this large souvenir shop full of locally-made products. A couple of small food stands are located on the walk down to the bridge. In summer, kakigori (shaved ice) is popular. If you are hungry, try the area specialty, roasted 'deko mawashi' - a skewer containing one piece each of potato, konyaku, tofu, and a soba dango. 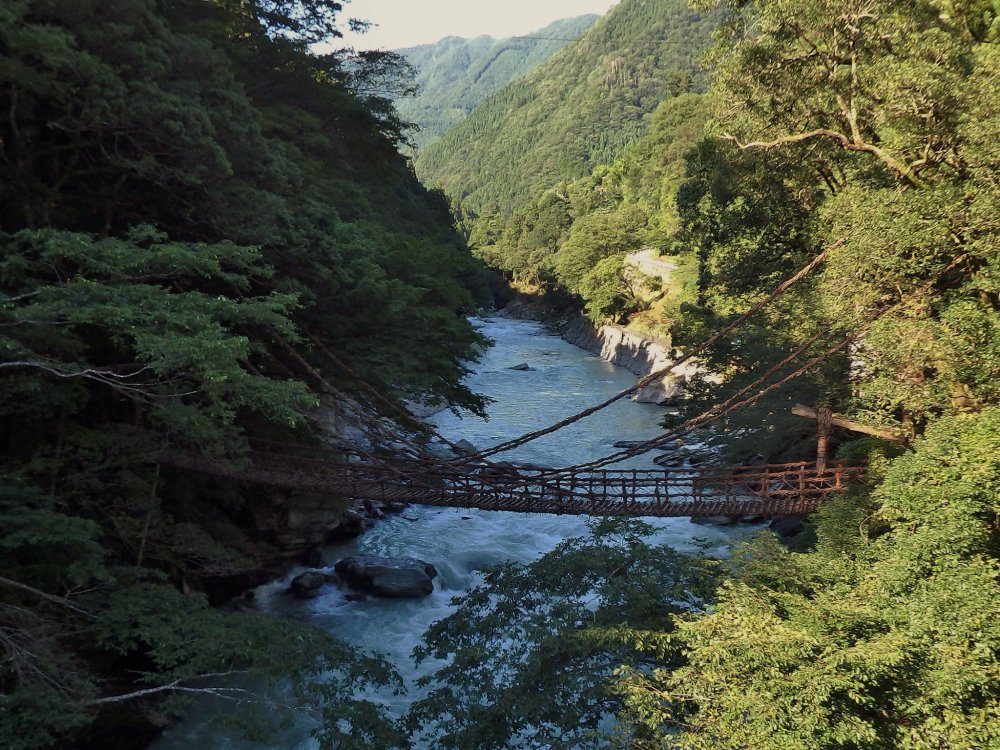 Walking down from the Yume-butai Parking Lot, visitors can view the bridge from above. Iya-no-Kazurabashi has been designated an important tangible folk cultural property of Japan. 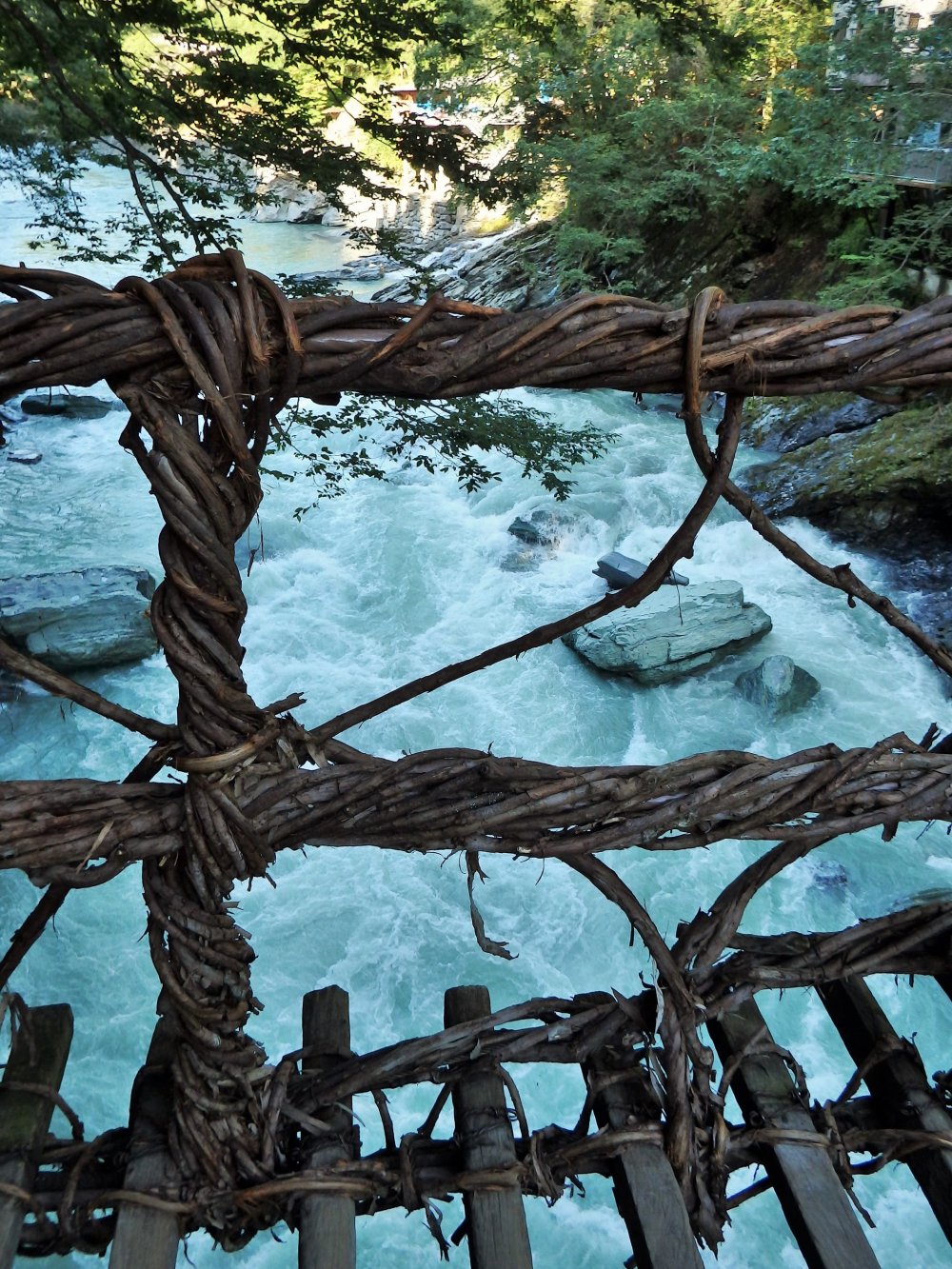 There is another myth that claims the founder of the Shingon sect of Buddhism, Kobo Daishi, built this bridge to help local villagers get from one side of the valley to the other more easily. 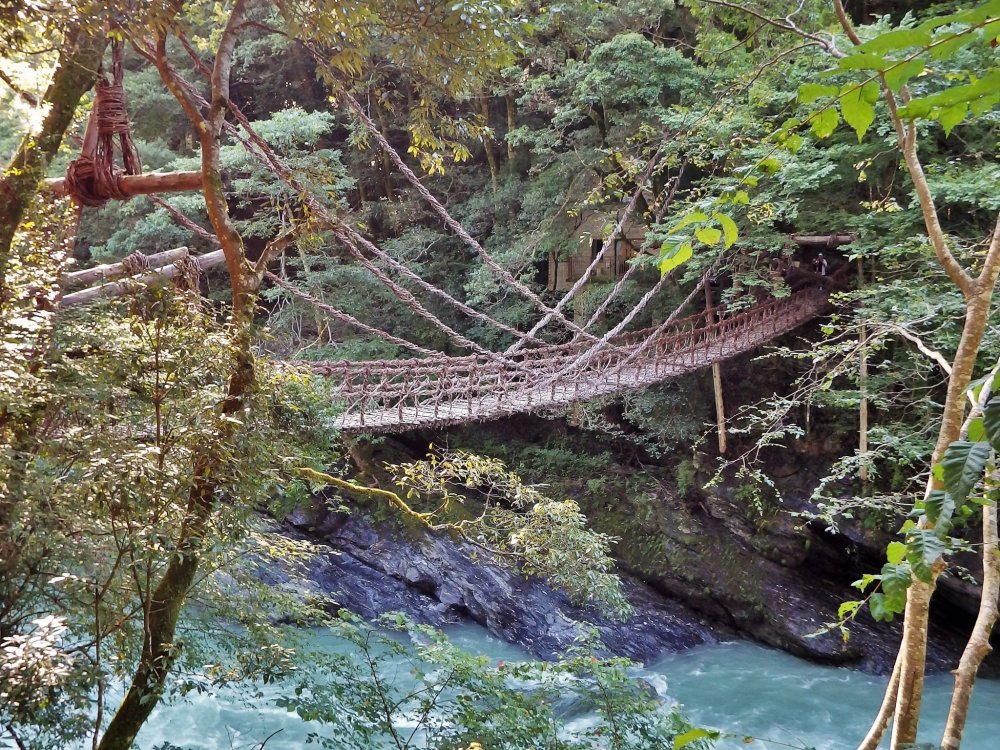 Iya-no-Kazurabashi is rebuilt every three years. 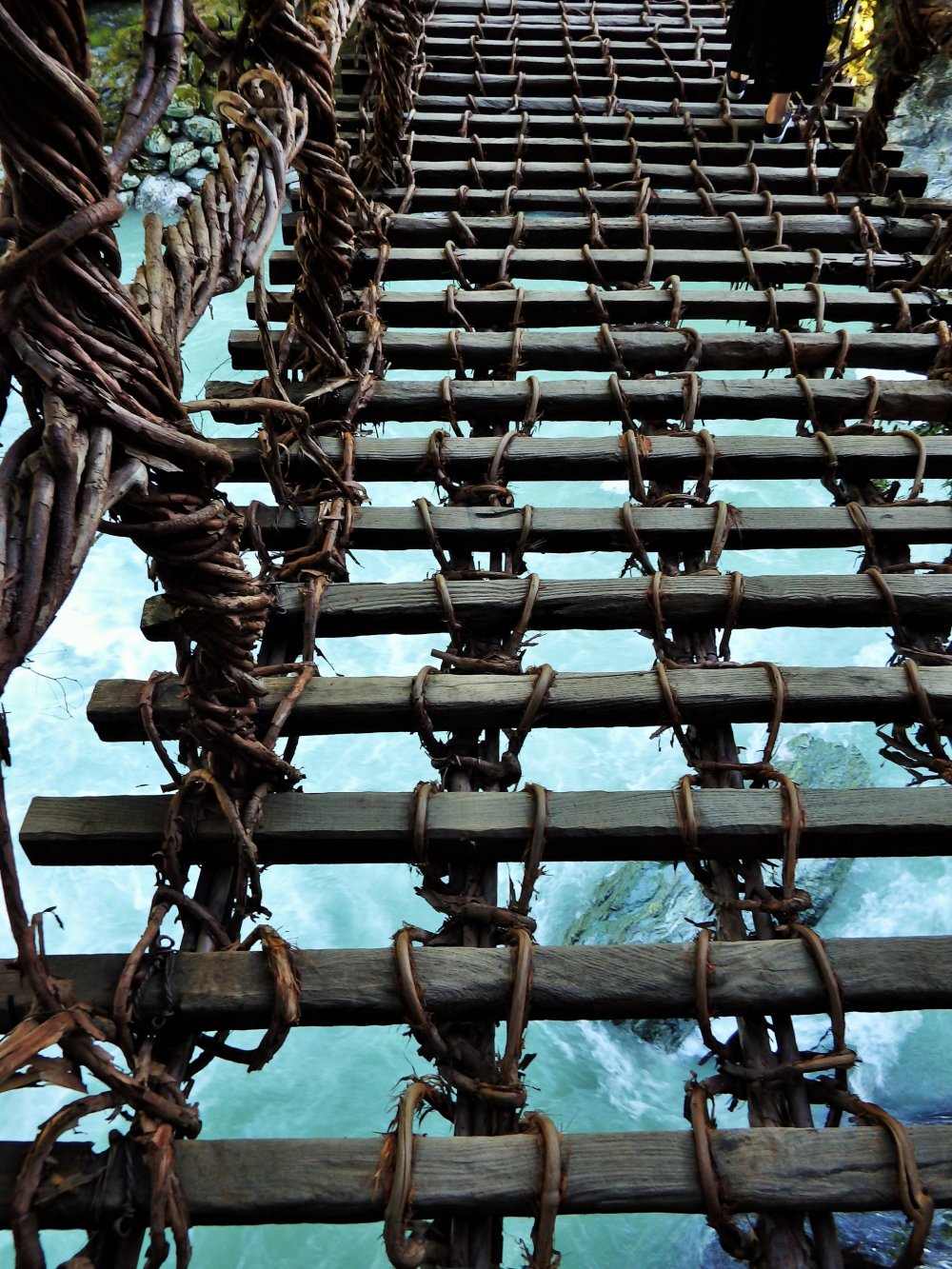 Due to the dangerous nature of this bridge, visitors can cross only in one direction, between sunrise and sunset. The cost is ¥550 for adults and ¥350 for children. 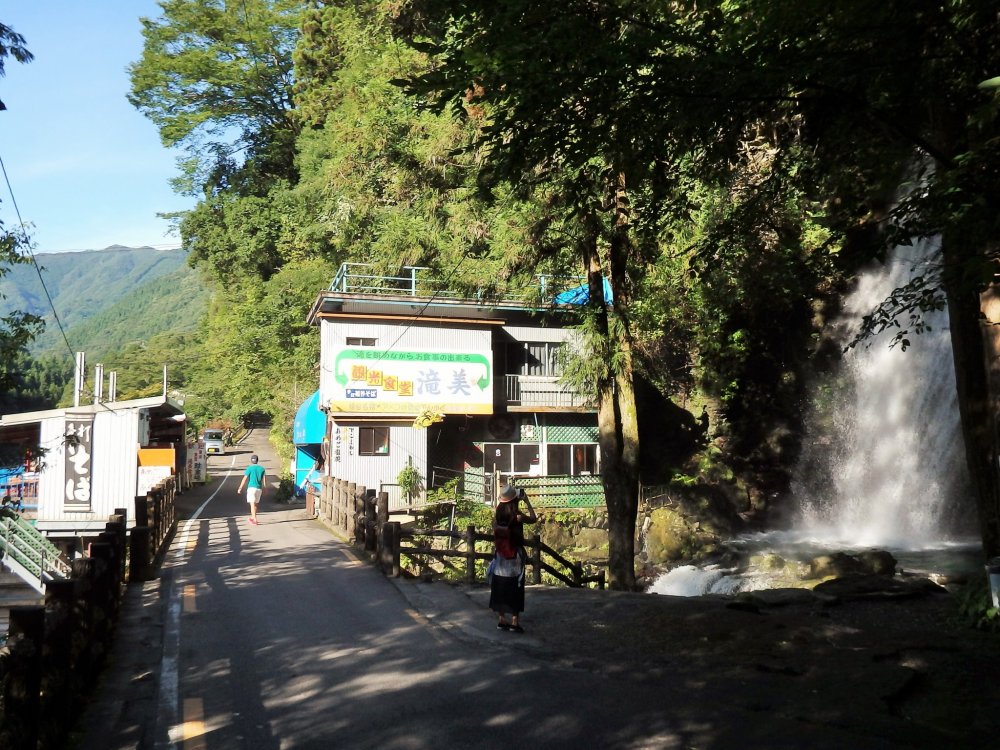 Some people miss the Biwa-no-taki, a 50 meter tall waterfall that sits very close to Iya-no-Kazurabashi. 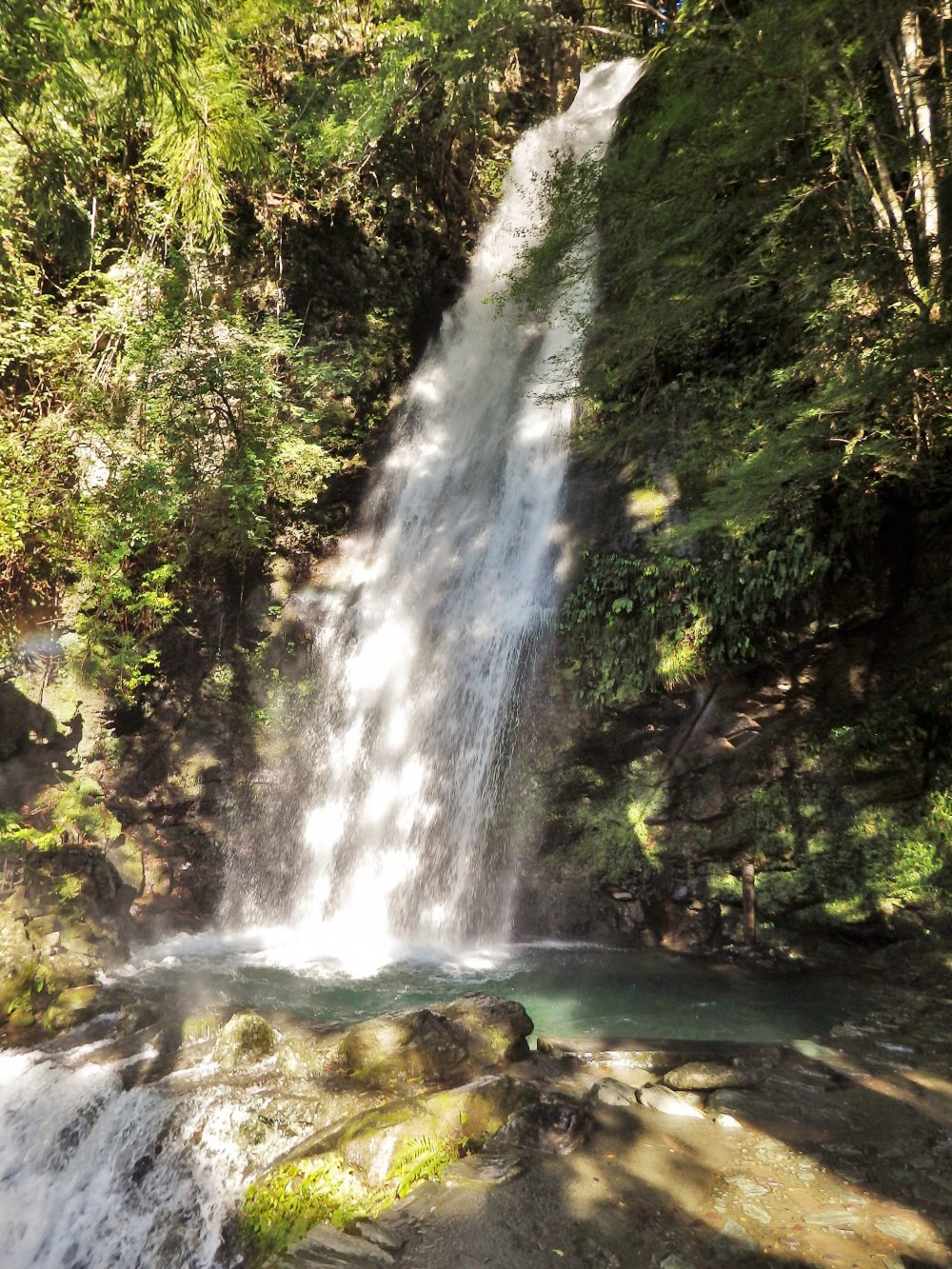 In the summer, the waterfall is a great place to cool off.

There are a few restaurants within walking distance of the bridge. Most serve soba and/or udon noodles. 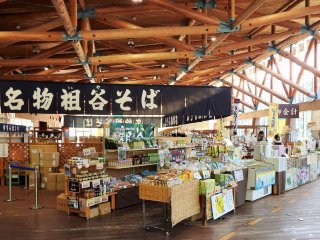 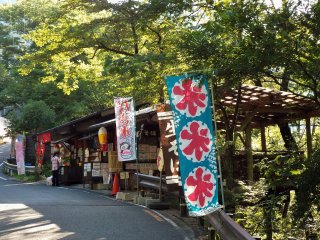 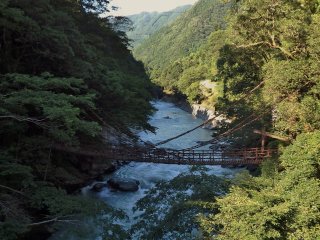 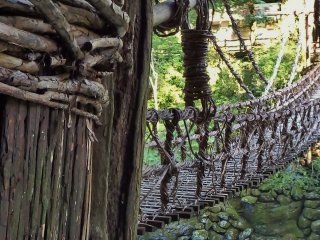 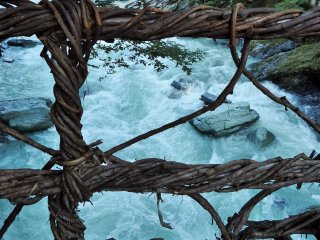 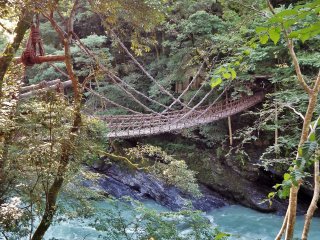 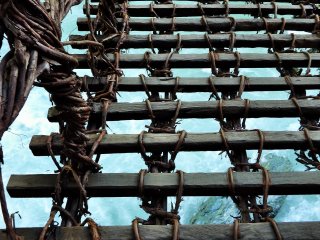 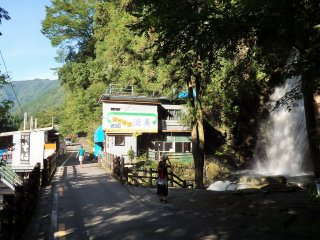 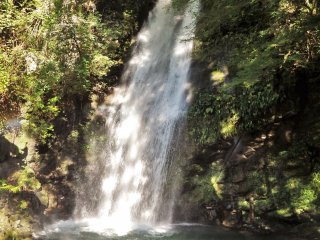 Built within the Iya Valley, deep within the Mt. Tsurugi Quasi-National Park, the Iya-no-Kazurabashi is one of the rarest bridges in Japan. It is a suspension bridge constructed of vines that is supported on each end by giant cedar trees, and in these modern times, also by concealed steel cables. Legend has it that when some members of the defeated Heike clan fled to this area, they built bridges of vine that could be cut down when enemies were close. Of 13 original bridges, Iya-no-Kazurabashi is the most impressive of three that still exist.

Kim 9 months ago
Wow - I'd be nervous crossing it, but for the view I'd do it!
Reply Show all 0 replies

Victoria Vlisides 5 years ago
This looks magical. That bridge is made of vines! Ah... gorgeous find!
Reply Show all 0 replies
2 comments in total

Kim 9 months ago
Wow - I'd be nervous crossing it, but for the view I'd do it!
Reply Show all 0 replies

Victoria Vlisides 5 years ago
This looks magical. That bridge is made of vines! Ah... gorgeous find!
Reply Show all 0 replies
2 comments in total