Enjoy the art of one of Japan's most prominent artists

From 22nd February to 22nd May 2017, the National Art Center in Roppongi will be holding a large-scale exhibition of art by Yayoi Kusama, one of Japan's most distinctive artists.

Born in 1929, she lived in New York at the height of the pop art movement, exhibiting alongside such artists as Andy Warhol and Claes Oldenburg. She also became involved in hippy counterculture, organizing high-profile public happenings as protests against the Vietnam war.

Influenced by pop art, abstract expressionism and psychedelia, she's known for her frequent use of bright colours, polka dots in her paintings, sculptures and events, and for large-scale installations, such as mirrored rooms lit inside only by pinpoint LEDs or coloured lights. Her work has been exhibited all over the world, including several commissioned permanent sculptures, and she's won numerous awards.

The exhibition will feature a wide range of art from every stage of her career, including paintings, soft sculptures, and installations. 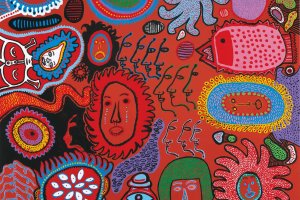 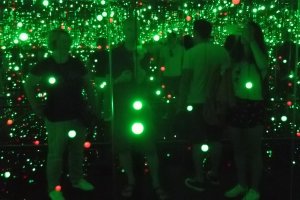 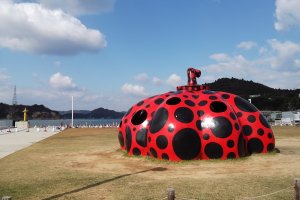 Elena Lisina 5 years ago
I like the photo with green lights. Magic!
Reply Show all 2 replies

Peter Sidell Author 5 years ago
I took that in an installation at Louisiana Modern Art Museum near Copenhagen in Denmark. Great place!
Reply

Elena Lisina 5 years ago
I see! I thought it was in Roppongi.
Reply

Victoria Vlisides 5 years ago
Thanks for the heads up!
Reply Show all 0 replies
4 comments in total