Probably the capital's most eye-catching museum

Since it opened in 2007, The National Art Center in Roppongi has become a major player in Tokyo's art scene. The innovative wavelike design by famed architect Kisho Kurokawa and the airy interior set it apart from the majority of the city's other museums, and make for a very agreeable experience.

Once you get inside, one immediately striking point is the spaciousness of the entrance area. It's over 150 meters wide and boasts a lofty 21-meter ceiling, which has the effect of diffusing every sound and creating a soothing, hushed atmosphere. This is enhanced by the curving curtain window which lets in huge amounts of light, casting delicate latticed shadows on the floor and walls. In this area you'll find three information counters, plenty of coin lockers to store your bags, and a café which serves also as a good rendezvous point.

The feeling of space extends also to the galleries. There are two large galleries for special exhibitions, and ten other rooms which are 'smaller' only in that, at 1000 square meters with five-meter ceilings, they aren't as large. Movable screens allow the galleries to be rearranged, so they can either pack in a good number of smaller pieces, or provide space to do justice to larger works of art.

Twelve rooms allows the Center to hold a wide range of exhibitions, so whenever you go there, you're likely to find something to your taste. They've had everything from shows of surrealist and classical European art, and displays of traditional Japanese painting and calligraphy, to art college graduation shows and the annual Media Arts Festival, which features dazzlingly inventive installations, video art and much more besides. While special exhibitions have an entrance charge, many of the others are free or charge only a token couple of hundred yen.

There's a lot to see, but there are also plenty of places to rest up, eat or snack. The basement is home to the museum shop, which sells not only the usual postcards and prints, but has also a variety of Tokyo-themed souvenirs and a wickedly eclectic range of art and design goods. On this level there are also a few big comfy chairs in which to recline, and the Cafeteria Carre, one of four places to eat in the Center. Here you can eat snacks or light meals and entrees, while the cafes in the atrium and the second floor's 'Salon de The' are good places for a sandwich or slice of cake. If you want to splash out on authentic French cuisine, then you should head for Brasserie Paul Bocuse on the third floor, and leave the Center as bloated on good food as you are on the art. 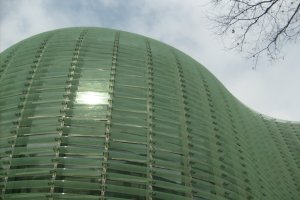 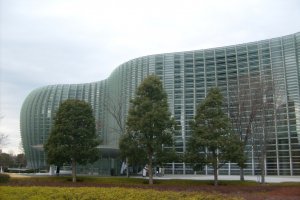 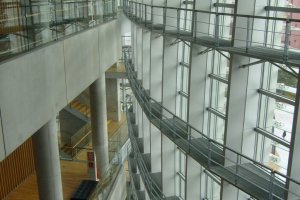 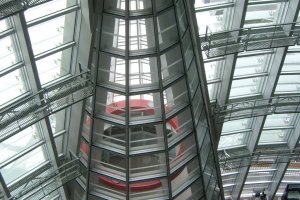 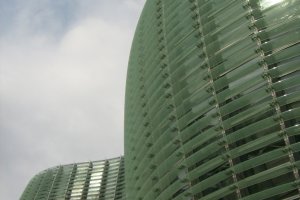 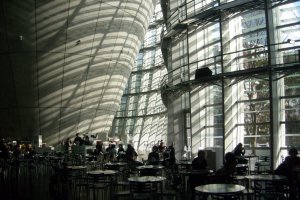