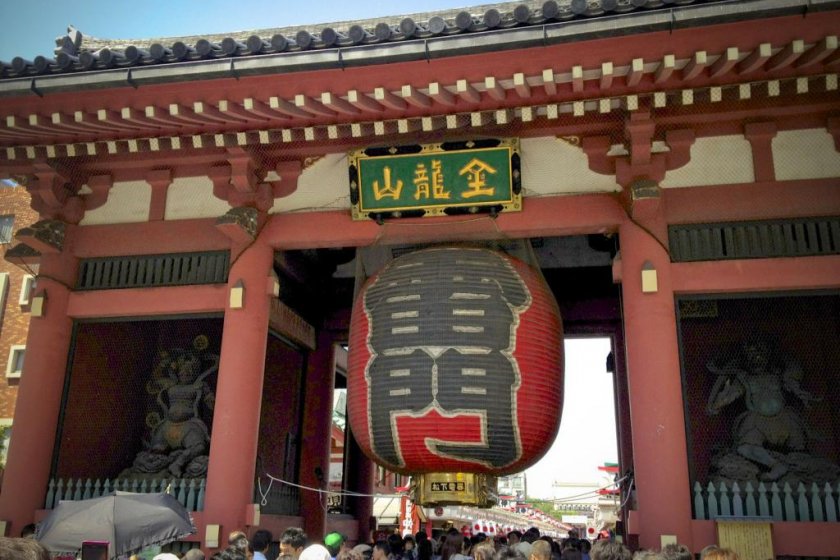 In the ever-changing urban landscape of Tokyo, did you know that the Kaminarimon, the iconic entrance gate to Asakusa, first made its appearance in Tokyo almost 1,000 years ago? The original form of the Kaminarimon was constructed in 941 during the Heian period in Komagata Tokyo – not far from its current location in Asakusa. However, it was not until a century later that the gate was relocated to Asakusa, with the addition of the famous statues of Raijin and Fujin placed adjacent to the red lantern. Before delving further into the history of this structure, let us first decipher its name, Kaminarimon, or “Thunder Gate,” in English.

The official name of the gate is Furaijin-mon, or “風雷神門.” The name directly concerns the two statues: Fujin (風神 ), the god of “wind – 風 (Fu),”and Raijin (雷神) the god of “Thunder – 雷 (Rai).” If you have spotted that the same characters used to spell the two gods appear in the official name of the gate, you are onto something! “Mon or 門” signifies gate while “Jin or 神,” god so by piecing together all the characters, Furaijin-mon (風雷神門) means the gate of Fujin and Raijin – a logical conclusion given that the statues of the two gods reside in the gate.

But why the statues – you may be wondering. The two gods are to protect the temple that lies ahead of the gate, and each god corresponds to the protection from a certain disaster – Fujin from storms and Raijin from fires. Furthermore, the gate is also believed to have been a place of praying in hope of a good year for crops.

It is important to note that the gate has always been an integral part of the Asakusa scenery – an insight revealed in an ukiyo-e by one of Japan’s most celebrated ukiyo-e artists. Ukiyo-e is a type of woodblock painting that originated during the Edo period and eventually gained world-wide recognition as it became a major influence upon Impressionist, Cubist artists in Europe. Katsushika Hokusai was among the most talented ukiyo-e painter, and his painting of the Kaminarimon reflects that the gate took a special place in the scenery of Asakusa.

Because of its wooden construction that is susceptible to fire, the gate has been the victim of a fire that burned down parts of Asakusa. However, the gate was fully reconstructed in 1960 to the form that it stands now.

When you visit Kaminarimon, you can now take one moment to picture in your mind its original form, as well as its cultural significance as you marvel at the impressive gate that is the face of Asakusa. 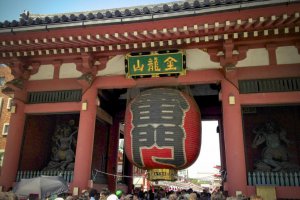 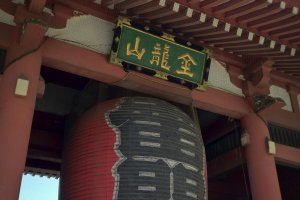 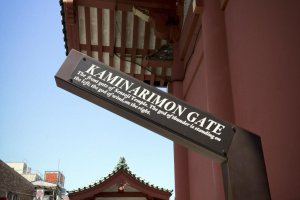 Brigitte Christine Poniman 6 years ago
I have taken picture under the lantern of Kaminarimon.
Reply Show all 0 replies