Sending and receiving mail is something that we all do in some capacity, yet the origins of the postal service are unknown to many people. Though Japan has operated postal services for centuries, this year marks the 150th anniversary of the country's modern postal system -- it initially started with services between Tokyo, Kyoto, and Osaka back in 1871.

A special exhibition at Tokyo's Postal Museum will explore the history of the modern postal system, with pieces on display such as old mail collection boxes dating back to the Meiji era, uniforms worn by postal workers over time, and even artworks depicting mail carriers. 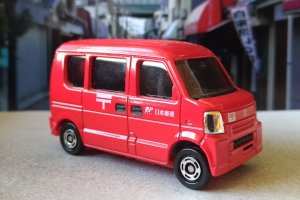 Elena Lisina 4 months ago
Japan Post is excellent! Can't say this about our post.
Reply Show all 1 replies

Kim Author 4 months ago
Japan is so efficient with delivery services, with trains, with many things! It's something very special.
Reply
2 comments in total