Amazing special kimonos and smiles all around! 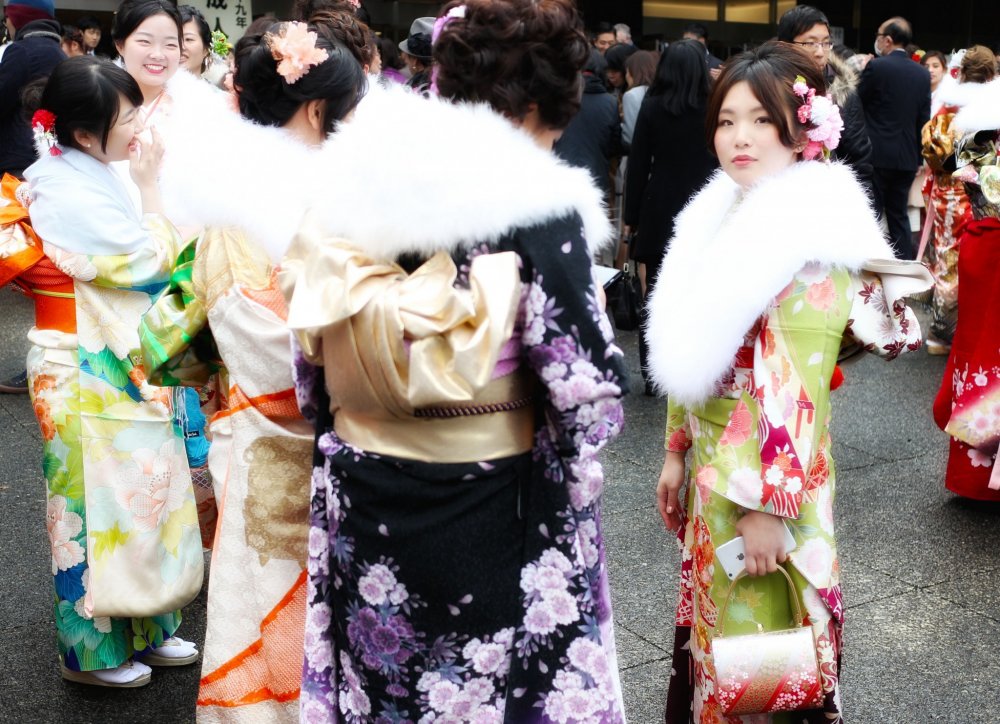 Everyone was waiting until they could into the city office. 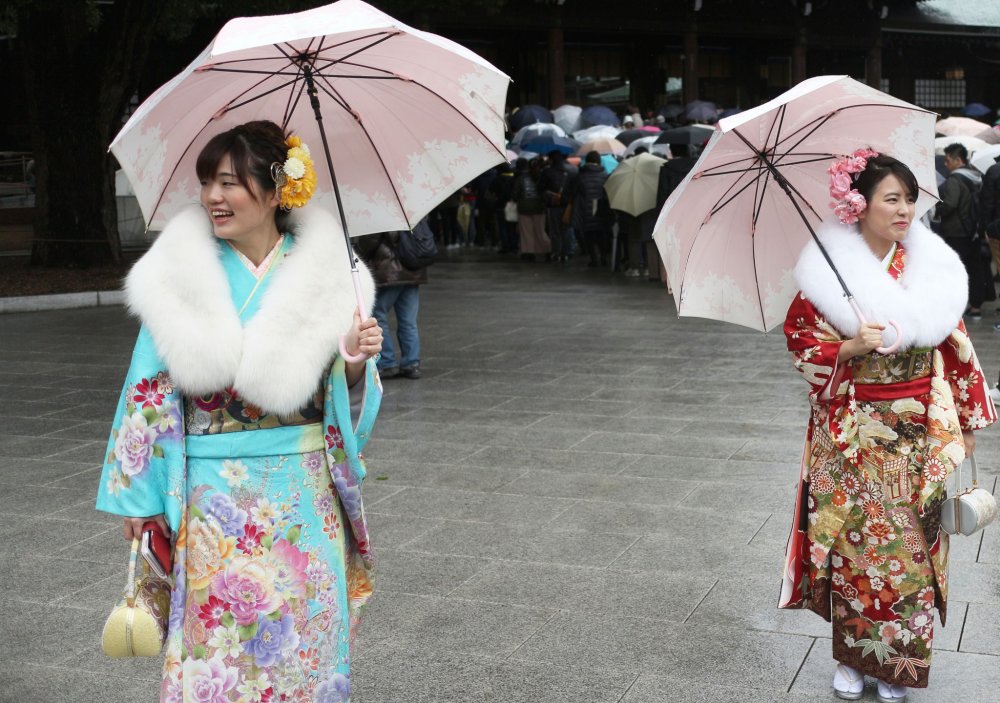 It was a rainy day so everyone had umbrellas. 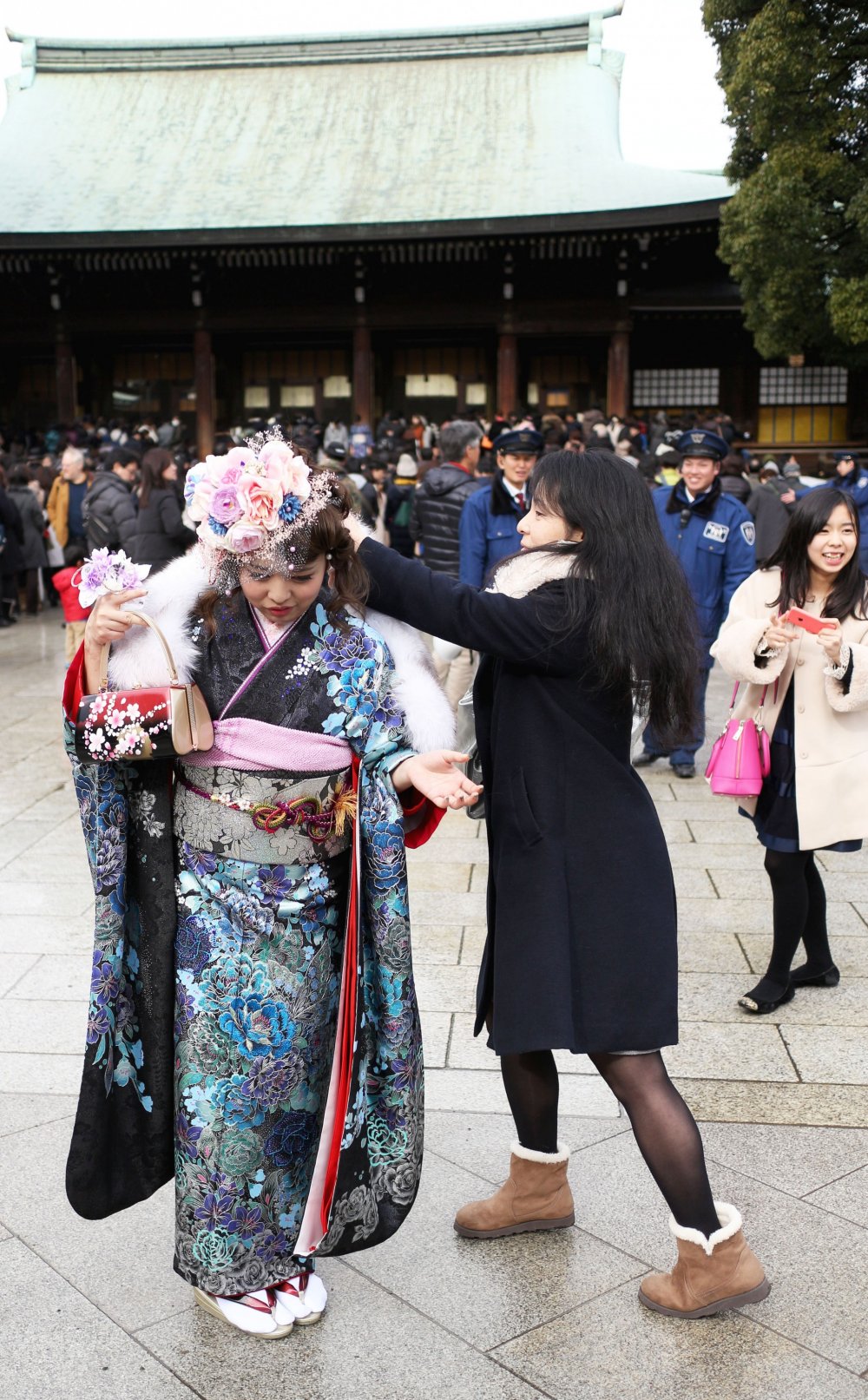 Some final touches before photo taking 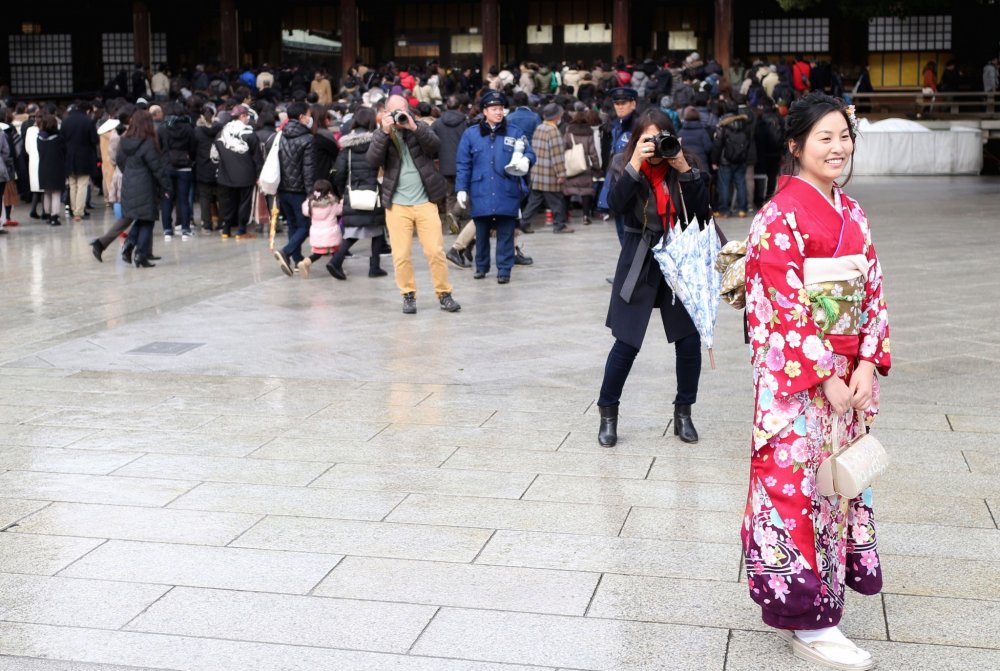 There were many people at the shrine taking photos of the kimono-wearing adults. 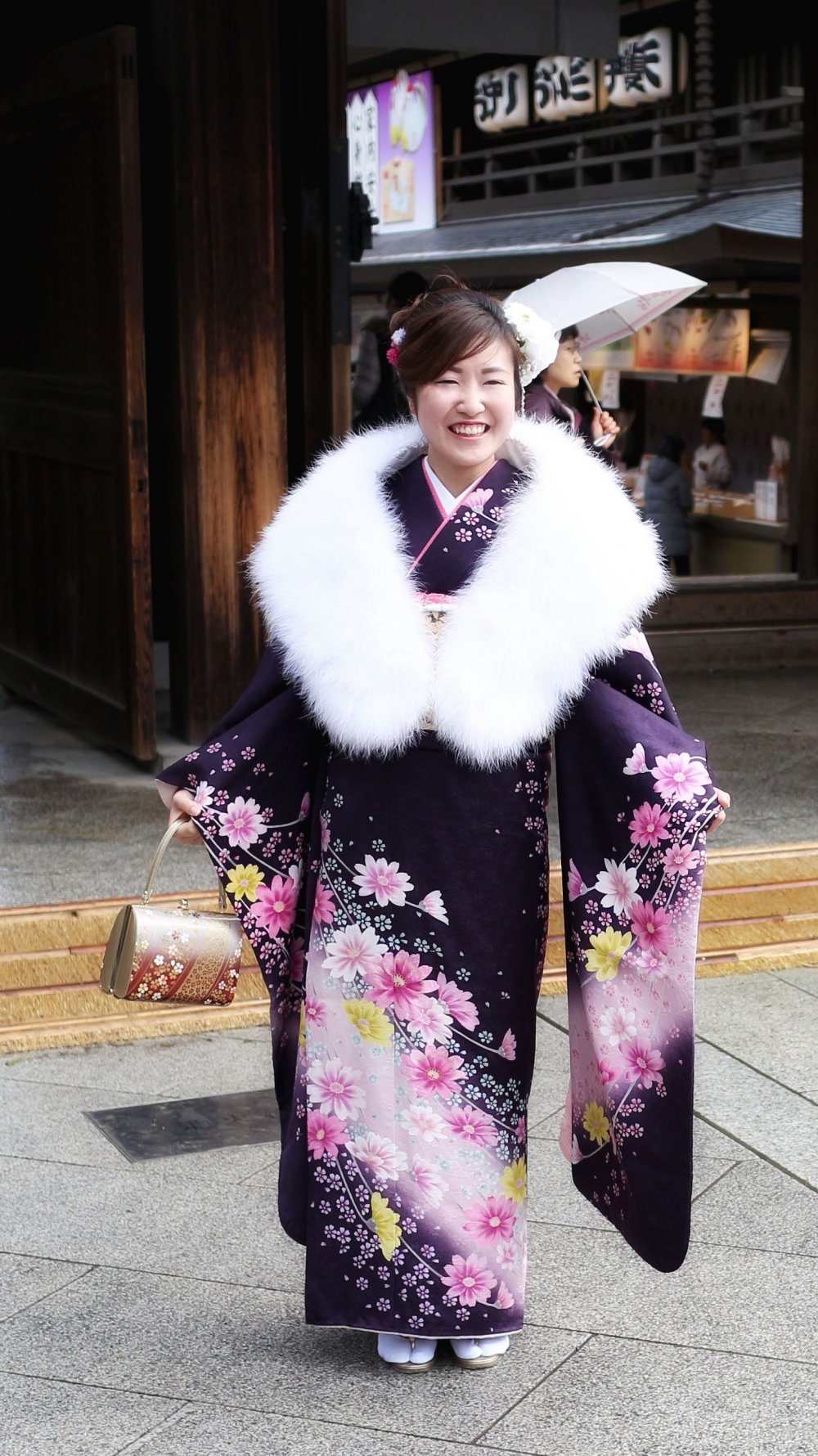 All the kimonos were very impressive. 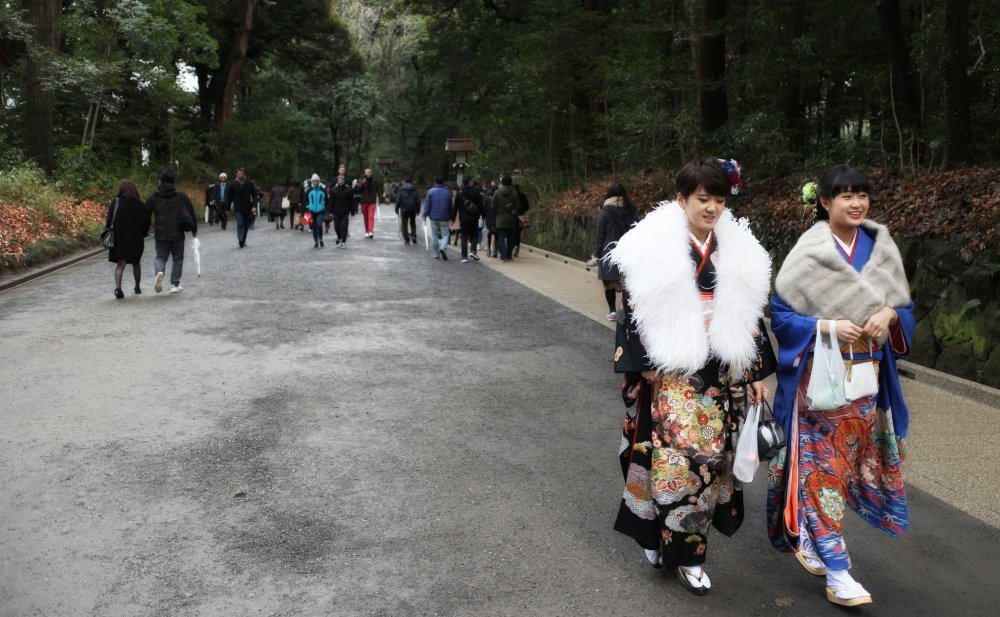 People walked from the shrine to the ward office. 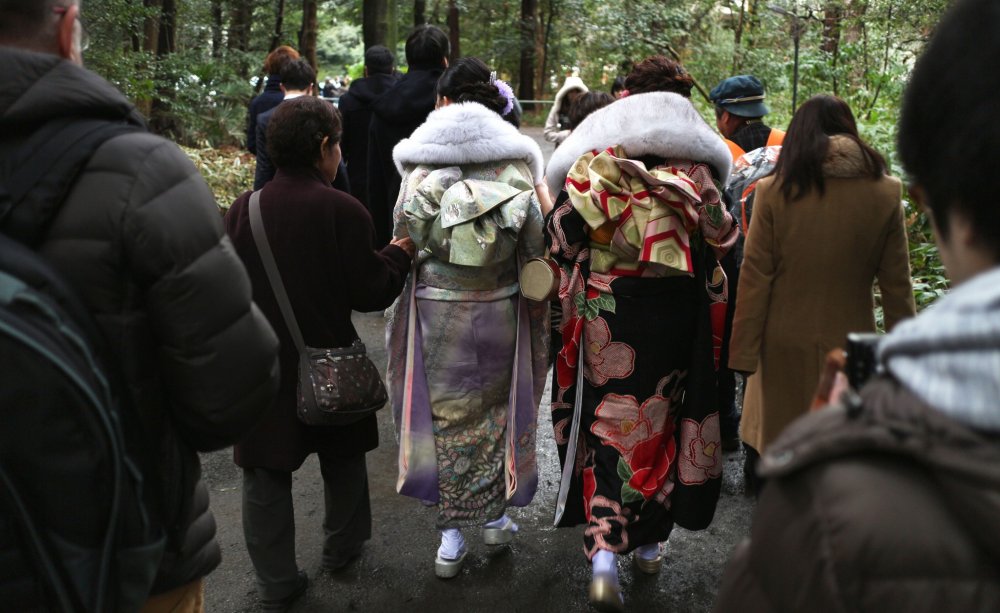 At the city hall office, they can register on this day. 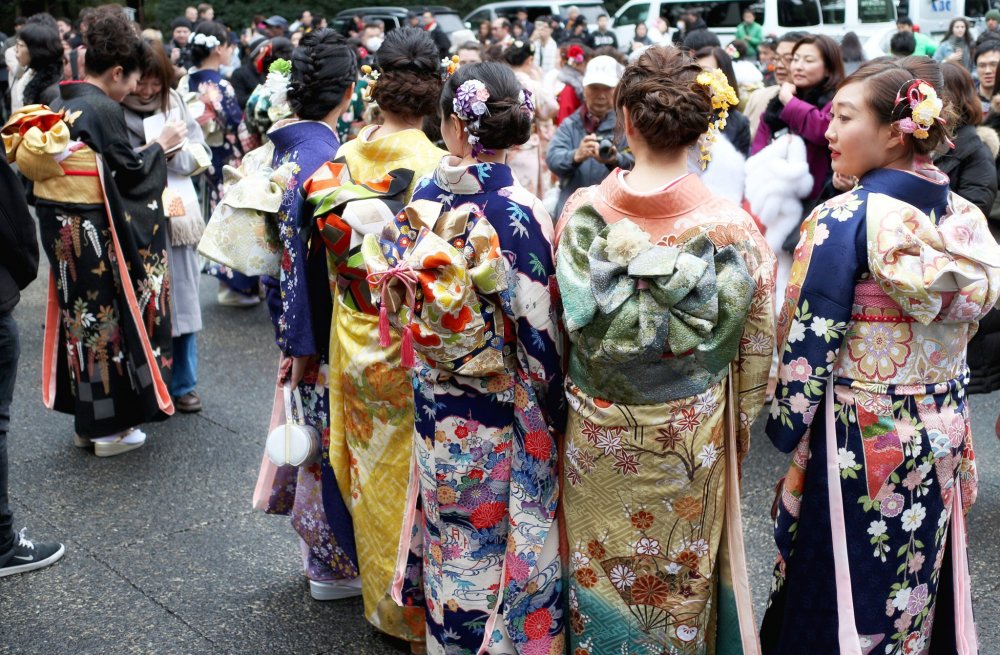 Outside the city hall, everyone was posing for photos. 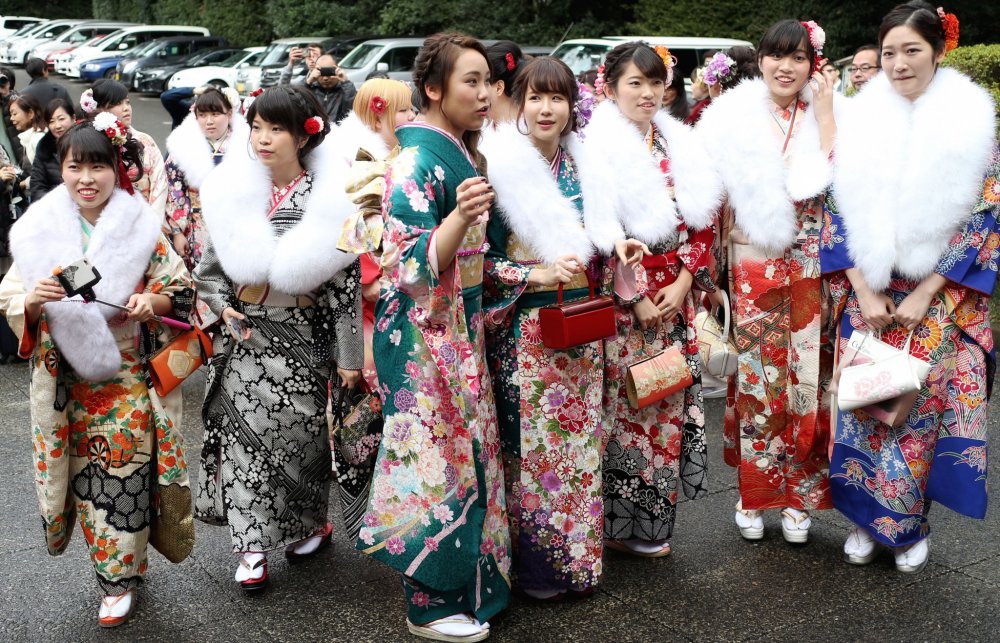 It was an amazing day for everyone taking part. 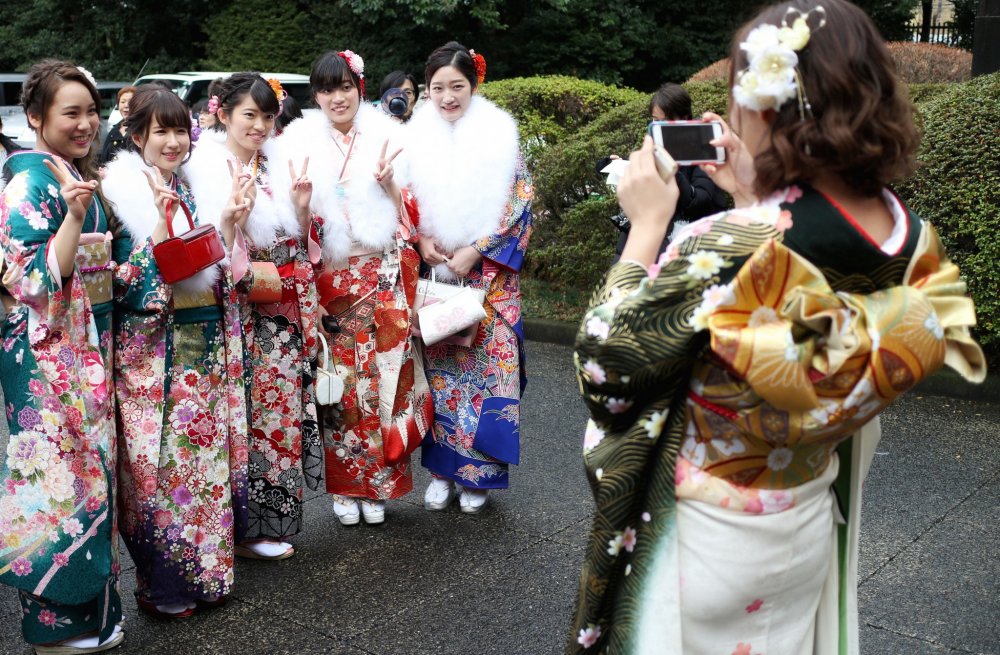 There were people taking photos of each other and their friends. 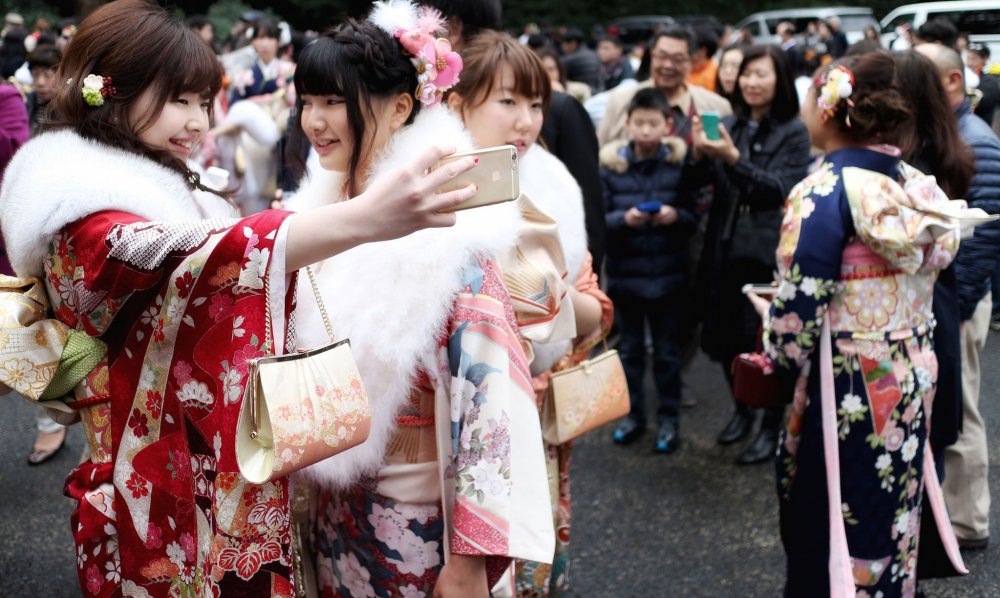 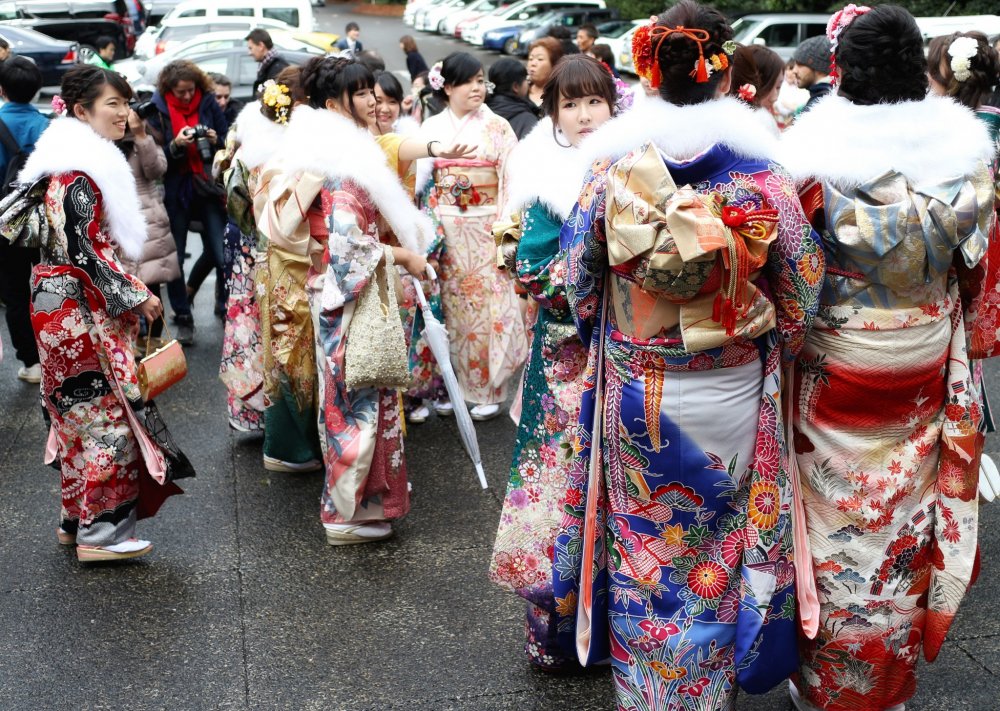 The variety of kimonos was astounding. 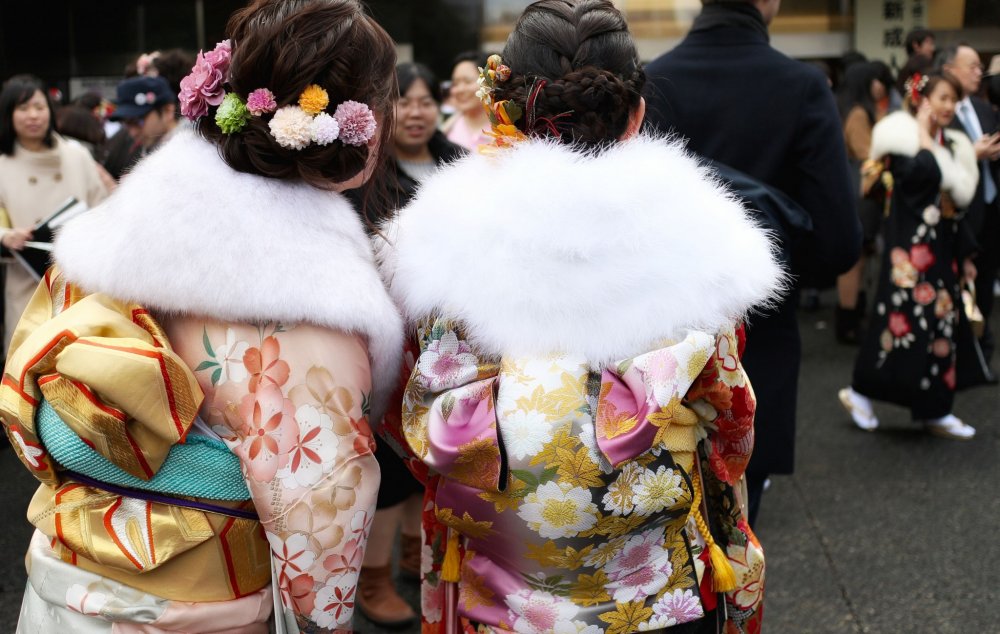 The detail of the kimonos worn is amazing. 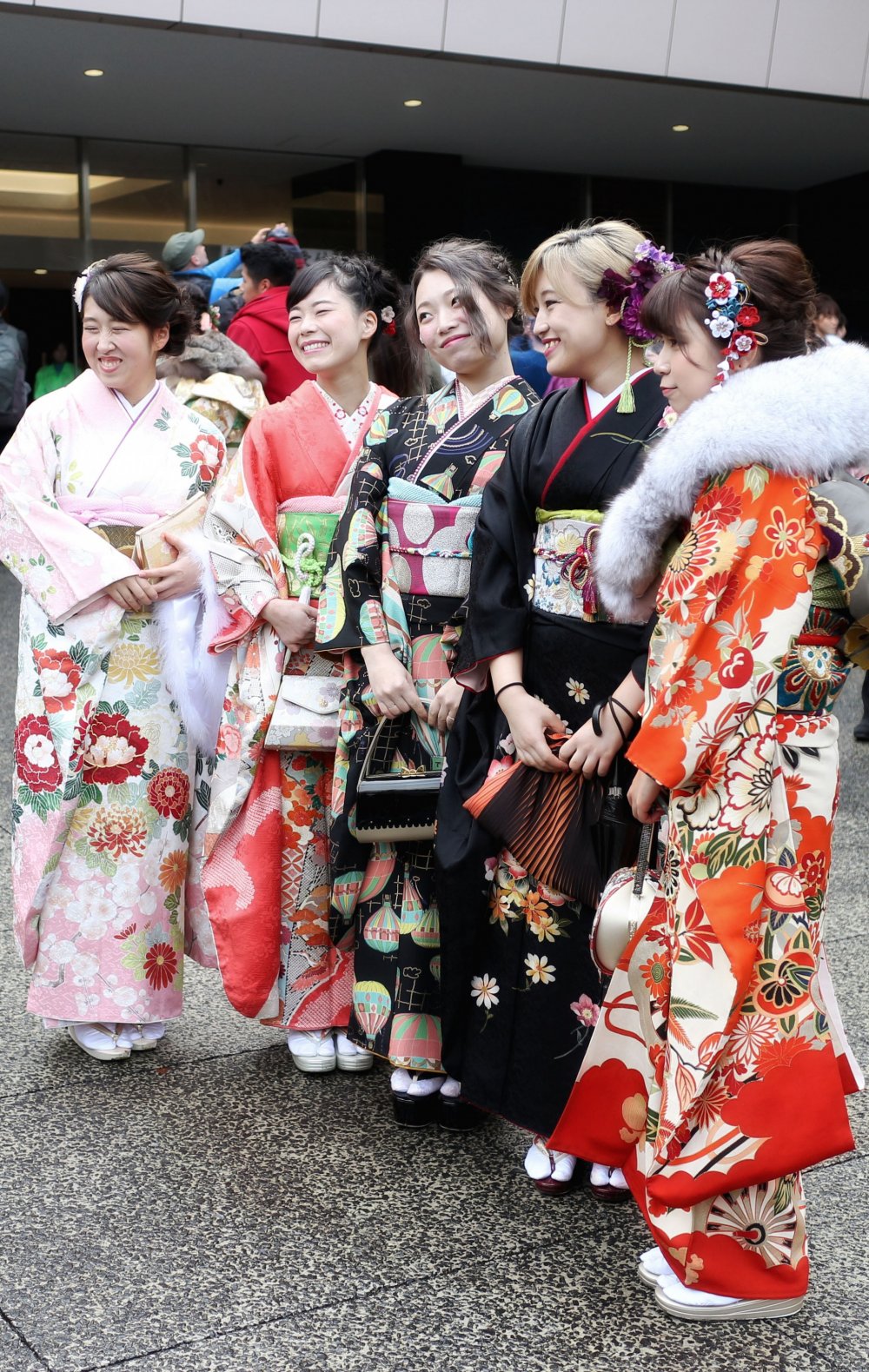 One last group photo before going in to the city office 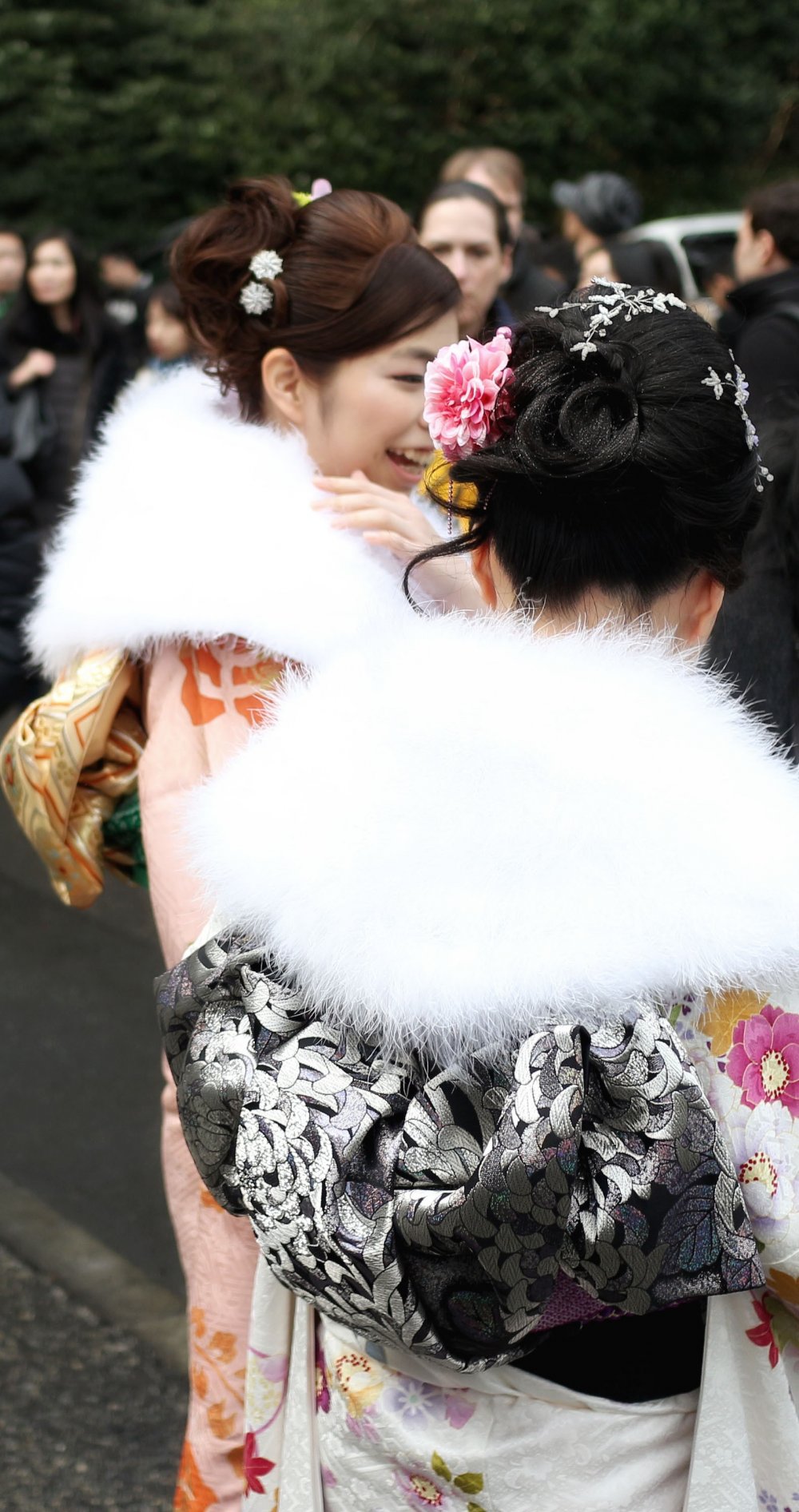 Incredible detail in the hair style and kimono worn by this young adult. 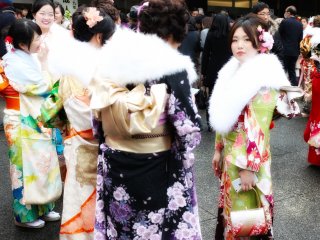 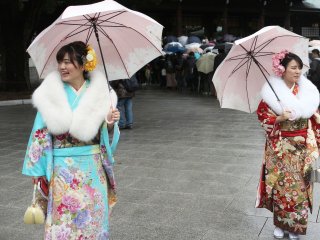 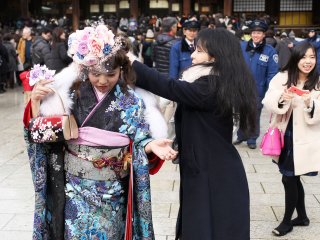 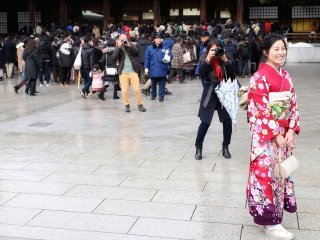 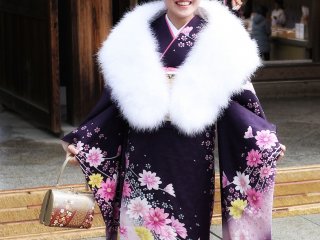 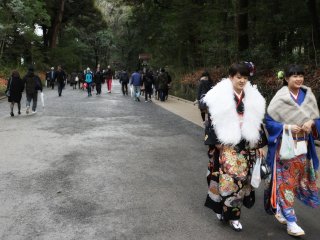 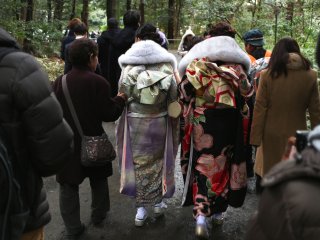 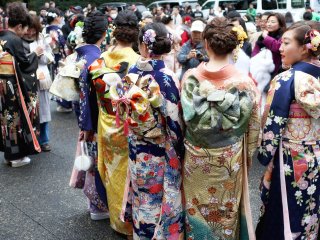 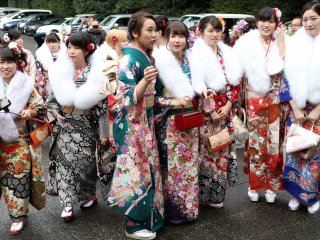 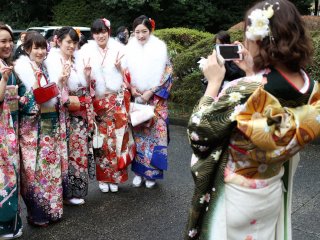 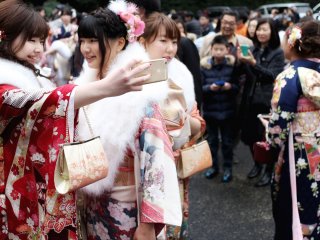 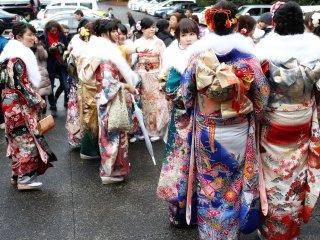 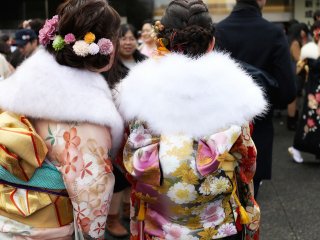 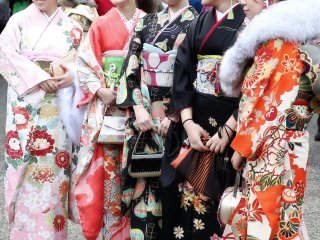 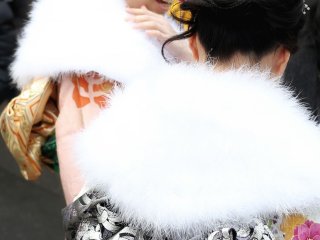 Coming of Age Day is a traditional Japanese holiday held annually on the second Monday in January. It is held to congratulate all those who have reached the age of twenty years old in the past year and get them ready to be adults. For this ceremony, many people go to the shrine first to pay their respects and then they go to the ward office to listen to speeches and receive small presents from government officials.  Many young women wear a special type of kimono called "furisode" that has long sleeves and incredibly intricate design. Men sometimes wear traditional clothes but these days most of them just wear a tailored suit instead. Many people visit Meiji Jingu shrine and that's where I had the opportunity to take photos of their celebrations. It was a joyous occasion unspoiled by the rainy morning and everyone was very happy and smiling throughout the afternoon.

I was born in Bucharest, Romania and after a brief stay in London, England I settled and lived in Toronto, Canada for 20 years. I moved to Tokyo in late 2013 and have lived here ever since. I enjoy exploring the city with my camera as well as going to many special events that Tokyo has to offer every year. There are so many incredible things and places to see in this country and they all need to be enjoyed and documented as well as shared with the world.