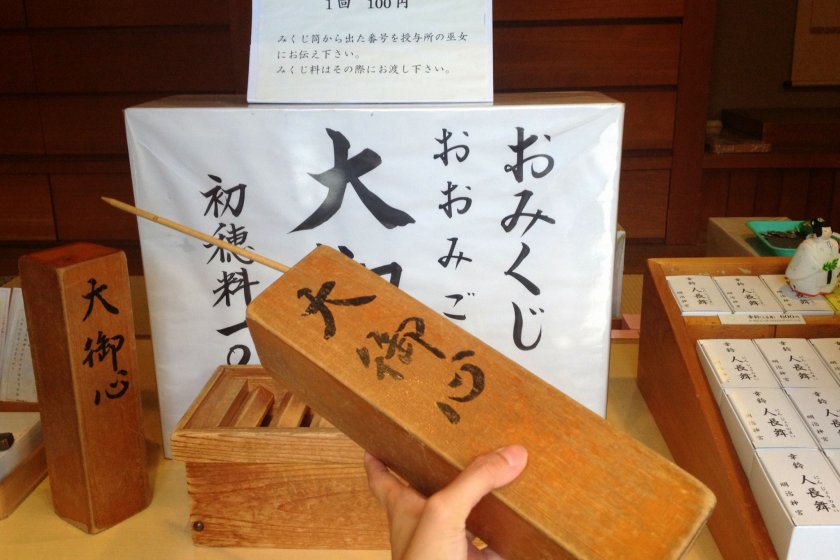 Uncovering the fortune-telling culture in Japan

Shortly after my arrival in Japan, one particular practice/culture caught my attention. Be it in shopping malls, amusement parks or shrines and temples, there always seem to be some form of services or systems that offer fortune-telling.

Divination is a common practice within the Japanese society and the wide variety of fortune-telling can sometimes be mind-boggling! From palm-reading to name horoscope and even nipple fortune-telling (yes, you read right!), I cannot help but to wonder how effective these divinations are.

To satisfy my curiosity, I set on a fortune-telling frenzy from Tokyo to Osaka, Kyoto and Takayama. Having tried a total of 10 divinations, the results never fail to amuse and amaze me every time that I get my sacred lot. The most common divination method that I sought was ‘omikuji’.

Known as ‘sacred lots’ that come in the form of a slip of paper, omikuji include a general fortune that allows one to know if he/she has picked an auspicious or inauspicious lot. Besides that, there are usually traditional Japanese scripts that further reveal the answers to one’s question or worries.

Mostly available at shrines and temples, look out for the small wooden boxes that contain bamboo sticks marked with different numbers. One is supposed to think about the question that you have in mind while shaking the box until a bamboo stick falls out. The number on the bamboo stick is the ‘key’ to your sacred lot and you will get an omikuji according to this number.

Besides this traditional form of omikuji, modern omikuji can also be found in amusement parks and shopping malls. These are usually coin-operated machines and a lot will be given upon payment. I was most amused by the one that I stumbled across at one of the amusement parks in Odaiba, Tokyo.

Designed with a shrine background in a box machine, the geisha-looking figure whirled around and entered the shrine, only to emerge later with my fortune. If one is to consider the authenticity of this fortune-telling session, it can be pretty creepy that a doll inside a machine has the power to predict my future.

What happens if one draws an inauspicious omikuji?

There used to be a common practice of tying the omikuji around the branch of a pine tree. It is believed that the word ‘pine’ (松, matsu) corresponds with the word ‘wait’ (待つ, matsu) in Japanese language, hence implying that bad luck shall be left waiting by the tree. These days, people tie their ‘lot of bad fortunes’ almost everywhere.

Well, I still have my 10 slips of omikuji with me. If that does not give you an inkling of the results of my divinations, I am slowly becoming convinced of an unknown super power that somehow gives good reason for the fortune-telling culture in Japan.

Back home in Singapore, there is a saying that one should not be too curious with regards to one’s future and an obsession with fortune-telling is strongly discouraged. Yet, there seems to be no such inhibitions in Japan. In fact, most of the locals that I met tend to be very open-minded with fortune-telling.

Regardless of your belief in omikuji, it is a fun activity to try out when one is in Japan. Immerse yourself in the Japanese culture and experience the anticipation that will build up just before your fortune is revealed.

Note: Although most divination comes in Japanese characters, some of the more popular temples and shrines do provide English translation. 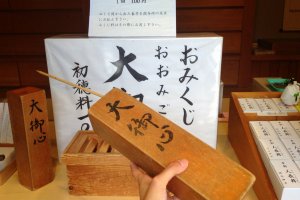 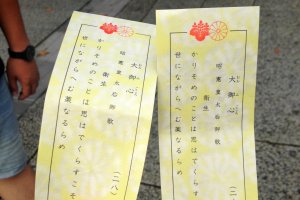 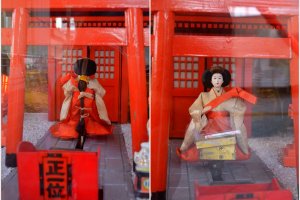 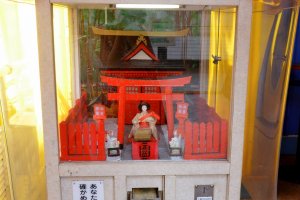 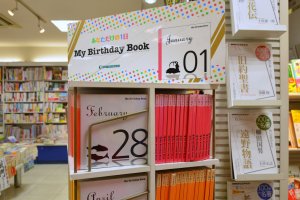 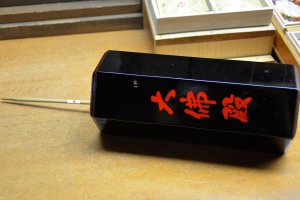 Elena Lisina 3 years ago
Once I took the wooden stick with me by mistake. It was confusing. I took it back, of course.
Reply Show all 2 replies

Karen Zheng Author 3 years ago
Haha, I hope it was an auspicious lot!
Reply

Yui Yamaguchi 6 years ago
That's not geisha but I guess it's nyokan (a servant/maid at loyal/noble family). Haha, it's good to know what sort of aspect of Japan would capture visitor's attention!
Reply Show all 0 replies
4 comments in total