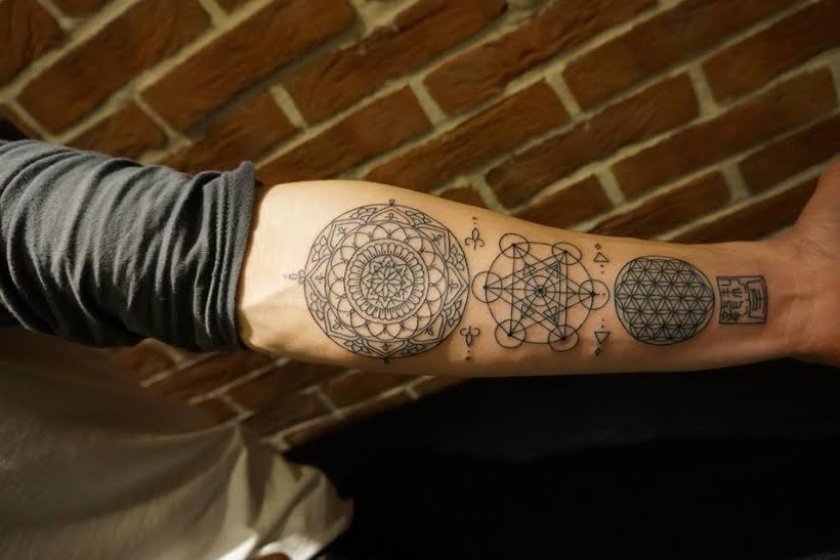 A blend of styles from two talented tattoo artists

The art of tattooing in Japan has had a long and contentious history. From its medieval use as a permanent punishment doled out to prisoners to its more recent ties to Japan’s yakuza organized crime gangs, this once-flourishing art is viewed with much skepticism and even extreme distaste by many native Japanese. However, two talented tattoo artists in Tokyo’s Meguro Ward prove through their creations that there is much beauty to behold in the art of self-decoration.

Ron, the owner of Shiryudoh, doesn’t actually call his creation a tattoo. Rather, he calls his designs saiten, a mélange of traditional irezumi (Japanese tattoos) and styles impacted by overseas influences. Ron’s own works are mostly a result of his years spent exploring various cultures of southeast Asia and the Pacific Islands. Indeed, in the lacy swirls of his saiten, one can spot hints of the artistic heritage of Southeast Asia.

While traditional Japanese tattoos are colorful, full-body affairs, Ron’s saiten are mostly done in simple black ink. The size of the design and its placement on the body will vary according to the customer’s wishes, but the average requested saiten is 12-15 centimeters, a far cry from the head-to-toe tattoo that most Japanese associate with criminal elements.

While many of Shiryudoh’s clients come seeking Ron’s delicate geometrical designs, the shop’s other artist caters to a crowd with slightly different tastes. Haku Psychose, a French-born tattoo artist, is a long-professed fan of Japanese anime. As her name implies, her designs are a combination of Japanese and Western sensibilities. While Ron’s saiten are identified by an absence of color, Haku’s designs are bold and brilliantly hued. Her background in fine arts is clearly evident in her life-like figures and nearly look-alike characters (though each famous design is always changed slightly so as not to violate patent rules). Striking yellows and flaming reds, common in the anime from which Haku draws her inspiration, are mixed with more subtle artistic flourishes to create designs that defy easy categorization.

Despite their out-of-the-box creativity regarding their approach to tattooing, only 15% of Ron and Haku’s customers are local Japanese. The rest of the clientele is made up of patrons much like themselves, visiting or resident foreigners seeking a permanent souvenir from their time in Japan or Japanese who’ve lived and traveled widely abroad.

Shiryudoh is a small studio and sits well off the beaten track in a residential neighborhood in Toritsu Daigaku. Those seeking a progressive-minded studio with an Asian feel should certainly consider the talents of Ron and Haku for their next – or first – tattoo. 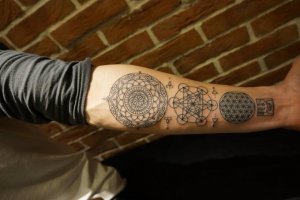 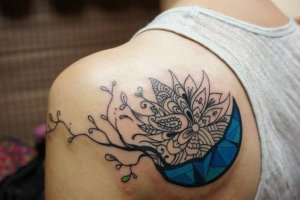 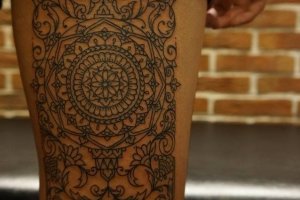 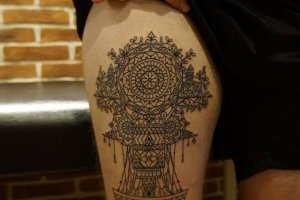 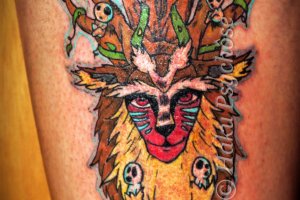 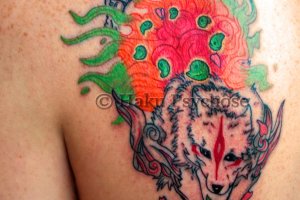 thomas san 5 years ago
I totally recommend !
Haku is specialized in colorful , geek and anime tattoo.
She have her own touch, her work is unique.
She is really nice, funny and very professional and passionate.
You can contact her easily, you will not be disappointed :)
Reply Show all 0 replies

Victoria Vlisides 5 years ago
Actually yeah, that would be a super unique experience to have in Japan!
Reply Show all 0 replies
3 comments in total