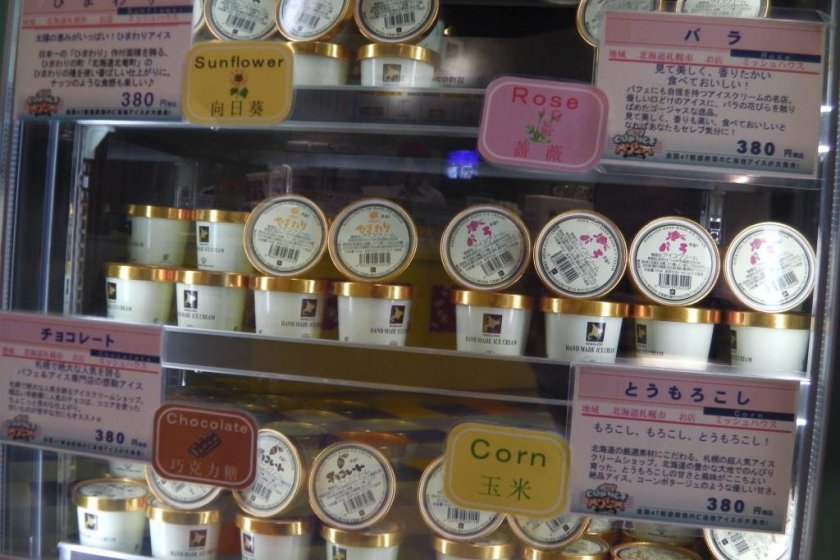 Some of the most bizarre ice cream around

To start with an ice cream confession: I'm a vanilla man, myself.

The Cup Ice Museum in Ikebukuro has that. It also has some other flavors that you'd expect, like chocolate and strawberry. Then it takes another step with some flavors you wouldn't expect, but still sound like they could be good: apple, melon, pear sherbet. Take another step forward and you'll find some flavors that don't sound like ice cream at all, but may be worth a try - tulip, salt, and crab fall into this category. But the Cup Ice Museum doesn't stop there, oh no. They won't be happy until they've made you question just how far you're willing to go. Viper ice cream, anyone? No? How about charcoal?

Sunshine City is a huge, sprawling complex that is part shopping mall, part skyscraper, and part attraction center located in Ikebukuro. Within Sunshine is an "amusement park" called Namja Town, which is owned by Namco (the company responsible for producing many video games, including the legendary Pac-Man). Namja Town has many events, shows and attractions, including several themed food areas. One of these areas is called Ice Cream City. Explore the many shops within Ice Cream City and you'll assuredly find the Cup Ice Museum. Still with me? Good - it's actually much easier to find than it sounds. (Note: entering Namja Town comes with a ¥300 entry fee for adults (¥200 for children) if you're only here for the food areas. A full passport which includes access to all the other events and attractions costs ¥3,900/¥3,300, or ¥2,500/¥2,000 after 5:00pm.)

The Cup Ice Museum houses a line of freezers filled with every ice cream flavor imaginable, and many that even the best imaginations couldn't come up with. Cups of ice cream typically cost in the range of ¥350 - ¥500, with a few specialty flavors running more (caviar flavor costs ¥1,500, for example). The cup size is enough for one person, and is also a good size to share several flavors among a group of friends.

The biggest question, of course, is about the taste. It's a mixed bag. I went with a group who sampled a large selection of flavors, including azuki (red bean paste), tofu, eggs cooked in hot spring water, and ox tongue. The results were as varied as the flavors. The charcoal was absolutely delicious, as was the Indian curry. The ox tongue, on the other hand, was borderline inedible. As a native of Buffalo, New York (home of the original chicken wing!), I had low hopes for the chicken wing flavored ice cream, but the product somehow managed to still fall short of expectations. In fact, many of the worst flavors (chicken wing and ox tongue included) not only tasted bad, but also suffered from poor manufacturing. They were little more than flavorless white ice cream speckled with little dots or chunks of stuff, supposedly chicken wings and ox tongues. Had the actual ice cream itself been flavored in a particular way, it might have been better (as was the case with the Indian curry, for example).

A little more than half the flavors were labeled in English, but many were not, so it may be advisable to bring along a Japanese-speaking friend if you don't speak the language. For reference sake, some of the other interesting flavors we came across were brandy, powdered pearl, squid, cheese risotto, pumpkin, yogurt, miso noodle, shark fin, rose, sunflower, sake, and silk.

The mixed feedback from the sampling makes the Cup Ice Museum far more of an adventure in food creativity than it is a paradise of delicious ice cream. Don't let that stop you, however, especially if you're adventurous. You have to be brave enough to roll the dice. For every strange taste there is an equally delicious one - even for a vanilla man.

Note: Ice Cream City and the Cup Ice Museum has been replaced by a dessert bazaar called "Fukubukuro Dessert Yokocho." Luckily you can still find tons of crazy flavors of ice cream at Gotochi Ice Parlor located in the same area.

Find out more about Sunshine City. 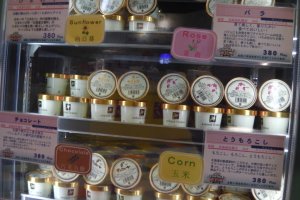 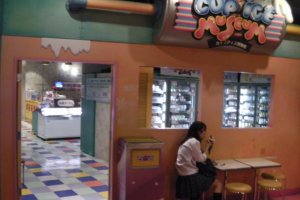 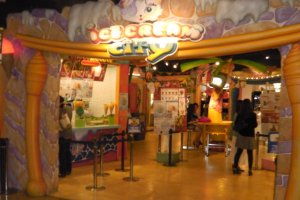 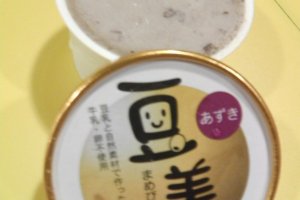 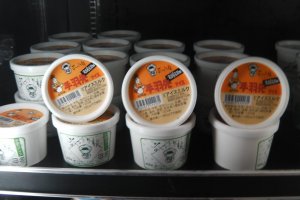 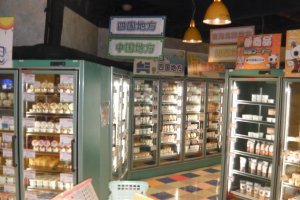 Kim 8 months ago
Back in my home town in Australia, there was an ice cream store who did a range of normal flavors and then some weird ones, too...like Vegemite! 😂
Reply Show all 0 replies

Todd Wojnowski Author 8 years ago
Update - there were some renovations in Namja Town, and the Cup Ice Museum has changed a bit. It's now a walk-up window instead of having its own shop, and flavors are now sold by the mini-scoop instead of a full cup. You can get a sampling dish of 6 different flavors. And the flavors are no longer written in English.
Reply Show all 0 replies

Kathryn Spoor 8 years ago
I loved going here and trying the different types of ice cream. My favorite was fried chicken ice cream at least among the few flavors we tried compared to the huge selection. I can't wait to go back!
Reply Show all 0 replies

JapanTravel Guest 9 years ago
In Vancouver there is a popular gelateria with plenty of unusual flavours (curry, garlic, etc). This Cup Ice Museum seems to have it beat by a long shot. Ox tongue? Charcoal?

At least the Vancouver place (La Casa Gelato) has tasting spoons. From your article and photos it appears there is no way to know what you're getting before you buy it.
Reply Show all 0 replies
4 comments in total