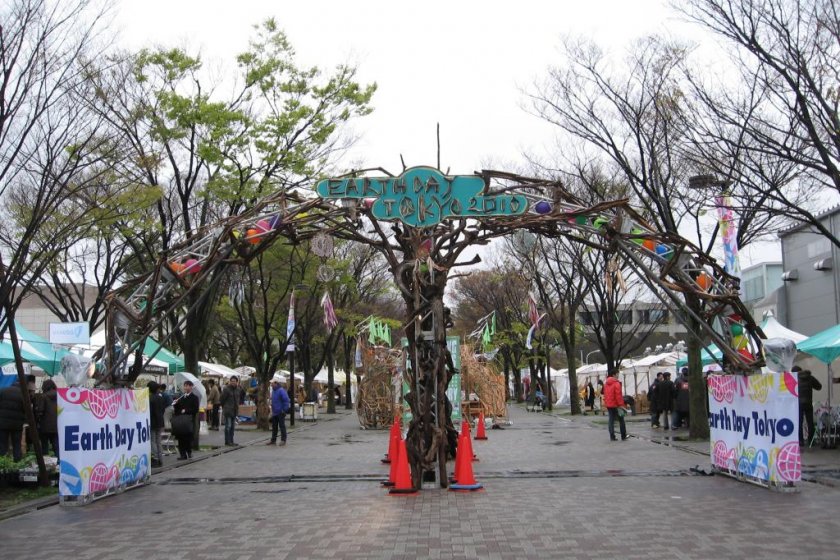 A day to feel green

Many—if not most—Japanese may not know about this festival. Or the day that inspires it. But one mid-April weekend serves as the perfect opportunity for Earth-conscious people to converge on Yoyogi Park.

First held in 2001, Tokyo's Earth Day Festival welcomes more than 100,000 visitors over two days to teach them about how to live a greener life but more importantly, preserve the environment. The event features speakers, musicians and plenty of organic products (such as lip balm I purchased).

Held on the third weekend of April and totally free to attend, the Earth Day Festival is the perfect opportunity for businesses and organizations to flex their green muscles. Representatives from numerous non-profit organizations can be found at the NPO Village set up for the festival and you can learn about how they are acting sustainably or discover some fascinating events, such as the Tokyo Vegetarian Festival.

But if you're taking time to attend the festival, you'll obviously want to be entertained. Fortunately, the main stage hosts numerous performances throughout the two days by "Earth Conscious Artists" (as described on the festival's official website) and other musicians perform elsewhere in Yoyogi Park during the two days (such a funky didgeridoo set as well as two guitarists playing a Bob Dylan song at the Earth Day Festival I attended). If nothing else, you'll be introduced to some talented artists who just happen to be outside of the Japanese mainstream.

A great part of attending the Earth Day Festival—for me, at least—was the opportunity to munch on something not often found in Japan: delicious vegetarian food. Several stands at Yoyogi Park sell foods that will fill the stomachs of vegans and vegetarians. In addition, representatives from the Tokyo Vegetarian Society have manned a booth at the festival, and even distributed flyers promoting a running club for vegans and vegetarians. Those unable to make it out to Yoyogi Park but desperate for vegetarian options in the area can turn to the festival's official website as it lists several restaurants serving vegetarian food.

If you speak Japanese fluently, you'll have the opportunity to do more than just shop and listen to some speakers and music. Every year, the organizers accept applications for volunteers and roughly 600 people help the two-day event run as smoothly as possible.

It may be difficult to find Earth-conscious people and events with a "green" vibe in Japan, but they definitely exist. The Earth Day Festival is perhaps the biggest and most fun of them. 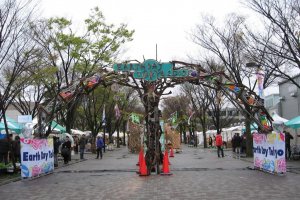 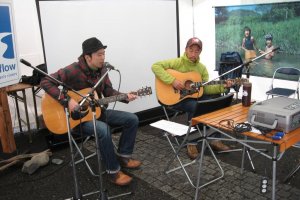 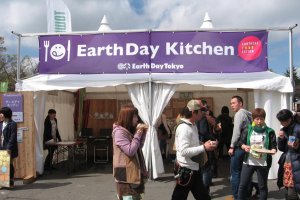 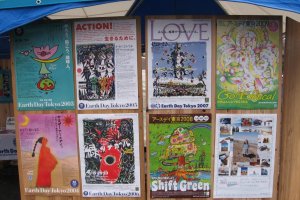 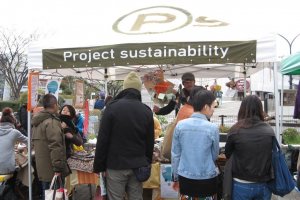 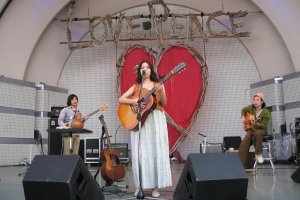 Geraldine Buergel 2 years ago
Good to know that these kind of festivals exist around here. I hope I will be able to visit this year.
Reply Show all 0 replies

Kim 3 years ago
I want to try and visit for this! I’ve really been trying to focus more on sustainable living in the last year and events like this are a great encouragement to keep on that path.
Reply Show all 0 replies

Odilia Sindy Okinawati 6 years ago
Festivals in Japan are so lovely. Hope touch down the earth day festival for nwxt visit^^
Reply Show all 0 replies

Nicole Bauer 9 years ago
Very nice artice, thanks for sharing. I've never managed to visit the festival, but I sometimes go the the farmer's market which is hold once a month. Lots of organic veggies and fruit to find there, sometimes also ceramics or other handicrafts. In case anybody is interested, the schedule can be found here:
http://www.earthdaymarket.com (it's in Japanese, however, the schedule is shown on the first page and easy to understand even without reading Japanese).
Reply Show all 0 replies
4 comments in total