Emblems and Mascots of the Tokyo Olympics

Between the Tokyo Summer Olympic Games of 1964 and 2020, fifty-six years have passed, and I was interested to learn about the progress that has occurred between the two events.

The XVII Olympic Games were held from October 10th to 24th, 1964, and were opened by Emperor Hirohito. The preparation work was really great - a huge number of old buildings were demolished, and new highways and bridges were built. The existing stadiums were reconstructed and new sports facilities were built, equipped with the most modern technologies at the time. For the first time in history, there was a live TV broadcast from the Olympics all over the world using satellite transmission. In addition to this, sports broadcasts were partly recorded in color format. Together with electronic systems for recording the results of the competition, the power of Japanese technology was highlighted.

The official emblem of the Olympic Games 1964 was designed by Kamekura Yusaki. The design was precise and simple – a red circle symbolizing the rising sun, and five Olympic rings symbolizing five continents. The five rings were golden - maybe because all athletes dream of gold medals? The posters featured color photos of different Olympic sports. Since the 1964 Tokyo Olympics, pictograms become a mandatory attribute of every Olympics. Pictograms indicated the sports being played at sports venues, as well as on signs and in booklets, posters, and tickets. There was no official mascot for the 1964 Tokyo Olympic Games, but some souvenir pins featured a funny turtle.

Modern young people can’t imagine life without TV, computers, Wi-Fi internet, mobile phones, and other available technologies. The image of the emblem of the XXXII Olympic Games of 2020 by Tokoro Asao shows all the great progress of technology. The emblem composed of modified checks symbolizes ‘unity in diversity’. The dark blue color and checked print is known as ‘ichimatsumon’, a traditional print for Japan that was particularly popular in the Edo period.

The official mascots for the Olympic Games and Paralympic Games 2020 were designed by Taniguchi Ryo. They are two anime-like creatures named Miraitowa and Someity. The name Miratowa combines the Japanese words for future and time. Souvenirs of the mascots are already available in many shops across Japan, and the Tokyo 2020 official online shop. You can also find many other souvenir goods.

The Olympic Games 2020 will be held from July 24th to August 9th. For these Olympic Games, some new disciplines have been added: karate, surfing, baseball, softball, skateboarding, and rock climbing. 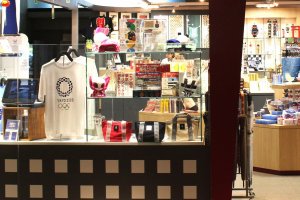 Kim B 3 weeks ago
I really like the mascots for 2020!
Reply Show all 1 replies

Elena Lisina Author 3 weeks ago
Me too! I hope to buy them in summer.
Reply
2 comments in total