Exploring works from artists in their 20s and 30s

For a limited time this July, the Ginza Tsutaya bookstore will be hosting an exhibition of emerging artists aged in their 20s and 30s. The event's participants featured on a list of the top 100 up-and-comers on Japan's art scene in the February 2021 issue of Bijutsu Techo magazine, which is compiled by art curators, critics, and established artists themselves.

This event takes place in two parts, with different emerging artists featuring in each session. Part one runs from July 3rd until July 11th, and part two takes place from July 14th until July 21st. The official event website outlines which artists will feature in which session if you'd like to plan ahead. 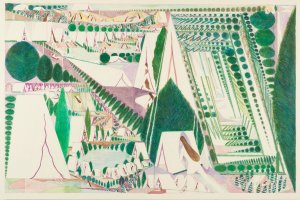