See Japan through another set of eyes

Japan is small in comparison to my motherland in Russia, but if you start to comprehend Japan – it’s and endless journey to the history, traditions, culture and at the same time something really futuristic.  My second visit was on a friends invitation and so I was looked forward to seeing Japan through another set of eyes.

My friends used to live in Nagano and I stayed with them in a Japanese house. It was the end of March and still rather cold in Nagano. After a walk with their dog to the woods, I discovered it was still covered with snow, so the first thing we did was go to an onsen. I enjoyed it a lot, but not until I was nearly sick I realized I spent too much time soaking. Then we went to a sushi restaurant and I could eat as much as wanted.

At bedtime, I found myself freezing as I was used to a heated home, so the next night my friends put an oil heater in my room. On the next day, we went to Matsumoto, firstly to the city’s Museum and the Castle. Before entering the castle, we removed our shoes and I remember that the floor in the castle was icy cold. From the castle, the view of the mountains was really grand. On that day, we also went to the wasabi plantation, the museum of children's book’ illustrations and shop-studio producing beautiful Oshie dolls. After the day of excursions, we went to another onsen of which there are many in that region. As I enjoyed it, my friends told me that I was Japanese! Since that visit, Nagano holds a very special and a favorite place in my heart.

Next on my agenda was taking part in the “World Ningyo Exhibition” in Tokyo. About a year before, I was acquainted with the lady who organized exhibitions of artist dolls in Japan and abroad. We made one project together and then she invited me to her exhibition in Tokyo where I met Japanese doll artists. It was interesting to watch their works as they were really different from each other. Together with the Japanese doll artist, I went to Mt. Fuji as he’d never visited before. Our visit was great as we could see some grand views of Fuji-san. It was hanami season, so we had a picnic with doll artists after visiting Ghibli Museum. That visit was also organized by a friend and was also really special. I was invited to take part in some more exhibitions in the future, so as a whole, I took part in four exhibitions in Tokyo.

There are a lot of things that are very different in Japan and that I could do only with the help of my Japanese friends. One example was watching a live show of a popular Japanese boy band KAT-TUN. I found that there was no way to buy tickets. To watch the show I had to join “Johnny’s Club,” apply for a ticket and then wait to see if I would win it! My friend kindly helped me to join the Club, and then I was lucky enough to win a ticket, but that show was in Hiroshima! So, with my friend, we traveled to Hiroshima by Nozomi Shinkansen. The show was awesome, indeed, so I was very happy. Staying for a few days in Hiroshima, we included a visit to Miyajima, of course. The weather was just brilliant during our visit. For the first time I saw deer in such a big quantity and they were not shy at all. While my friend was looking for something in her bag, a deer stole some paper from her bag and ate it!

In Hiroshima, we visited the Peace Memorial. It was very sad and scary to see the photos and to read about that tragic time. We signed the petition against wars there. Staying in Hiroshima we visited a young artists’ meeting and then went to a special okonomiyaki place where we watched the process of cooking and then enjoyed it with beer.

That visit was unforgettable because of the communication barrier and doing things that are not just tourist attractions. So I was very grateful to my friends who welcomed me into their home and helped me to feel during my visit to Japan. 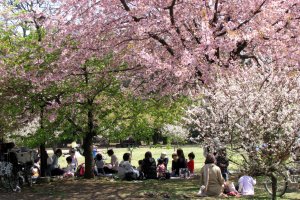 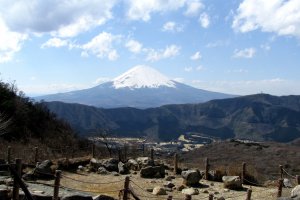 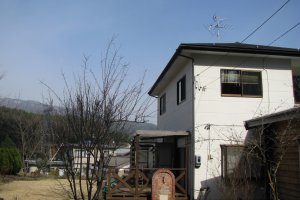 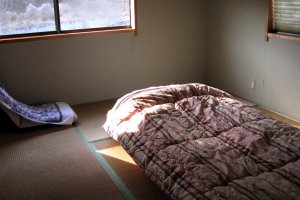 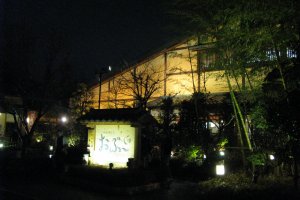 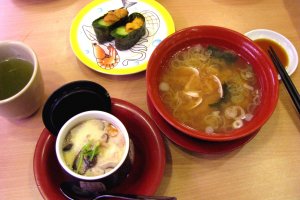