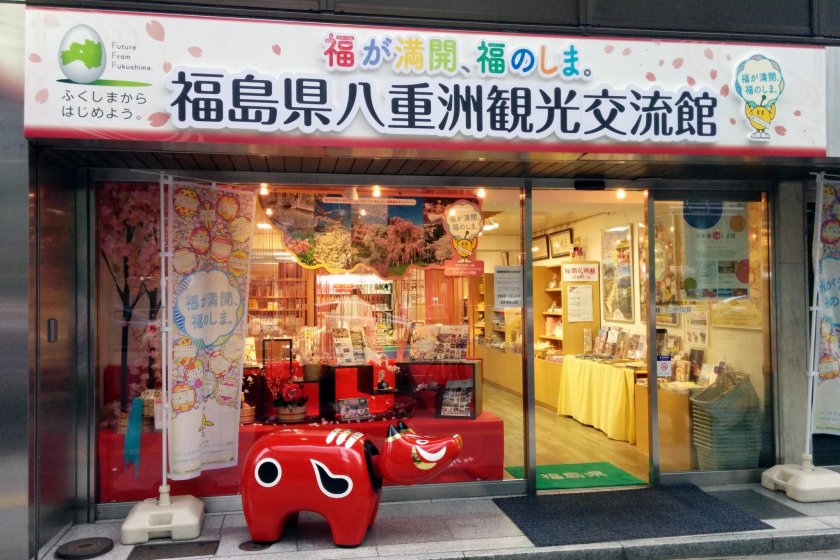 Your Fukushima info and product center in Tokyo

The front of the Fukushima antenna store is a myriad of colors.

The Tohoku region, consisting of six prefectures in the northeast of Japan, is almost overshadowed by more popular and well-known locations such as Tokyo, Kyoto, or even Hiroshima and Sapporo. The region has abundant nature, hot springs, outdoor activities and even a metropolis of a million people full of all the conveniences of Tokyo without the crowds. One reason more tourists are not coming is because of the lack of knowledge of the attractions up north. For example, Fukushima Prefecture. By area, it is the third-largest prefecture with many sites and experiences well outside the evacuation zone. Luckily, you can learn about Fukushima yourself before deciding to leave Tokyo at the Fukushima Yaesu Tourism Exchange Center (福島県八重洲観光交流館).

This first floor storefront just minutes from Tokyo Station welcomes visitors with colorful signs and an almost life-size akabeko. This 'red cow' with a bobbling head is a popular toy and craft item sold in the region. Step inside and be taken aback by how much Fukushima is packed into this place. For travelers and culture vultures, your first stop would be the wall of pamphlets in a variety of languages. Each highlight popular attractions, unique experiences, or hotel and tour options (hotel and tour deals are usually only in Japanese). Seasonal events are often advertised with flyers you can pick up near the door or see on the TV behind the cash register broadcasting what is going on in the northern parts of Japan. How about brushing up your Japanese skills when you visit? You could certainly do that with the free to read Fukushima newspapers on the back table. But this antenna shop is not just for those wanting to travel.

In addition to the wealth of info about Fukushima, the exchange center also displays and sells products from the prefecture. Most of the products would be hard to find outside this store or Fukushima, and if you did find them you could expect to pay more. Several snacks and crafts make easy souvenir options. However, my recommendation would be to take home some rice wine sake to enjoy yourself or as a special gift for someone. I appreciated there were many options of sake as it allows for customers with a smaller budget also able to make a purchase. Confused on what a certain food is or need a recommendation for a good drink? Ask the friendly and welcoming staff that will happily answer all your questions.

Fukushima has much to offer for the traveler looking for adventure away from the crowds. This store is incredibly accessible being less than five minutes away from Tokyo Station, but it isn't the only Tohoku antenna store in Tokyo. Look out for the currently twelve antenna shops scattered around Tokyo, introducing life in the north. Check this website (Japanese) for their locations. 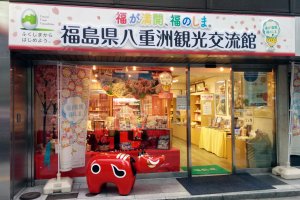 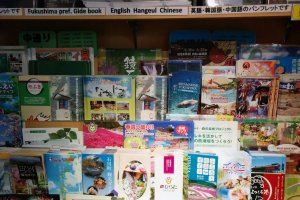 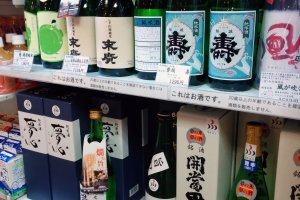 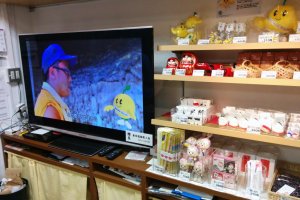 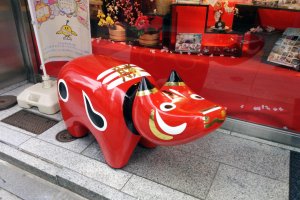 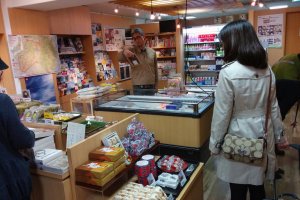