A Yomiuri Giants hater tries out the gameday experience

To modify an old line for full disclosure: my two favorite baseball teams are the Saitama Seibu Lions and whoever the Giants’ opponent is today.

For those not in the loop with Nippon Professional Baseball, the Yomiuri Giants are the most (in)famous team in the country, and the richest, which has a direct connection to them also being the most successful. In the same line as the MLB’s New York Yankees and the Premier League’s Manchester United, the Yomiuri Giants are an unstoppable force that has as many Central League championships as it does celebrity players rocked in scandal at any given moment. Their detractors complain that they simply buy all their trophies. Their supporters (which I refer to as MFs, which of course stands for Misguided Fans) counter that argument with “Well how many times has YOUR team won the championship? So nyah, nyah, nyah. And my dad can beat up your dad, too,” or some such civilized, analytical discourse.

The Giants (who are known by their corporate sponsor’s name, Yomiuri, or Kyojin, the Japanese word for “Giants”) play their home games in Tokyo Dome, a mammoth bubble in Tokyo’s Bunkyo Ward. Tokyo Dome is the largest in NPB, housing 42,000 orange-wearing MFs on a game day.

How is the Tokyo Dome experience? Let’s start with the good. It’s air conditioned, which is nice for afternoon games during the blistering summer. The huge crowds and depth of the sponsor’s pocketbook means that the food options are plentiful. In fact, there is an enormous variety, and not just the usual ballpark fare, either. However, as a traditionalist, I went with a chili dog which, to my surprise, tasted pretty good and didn’t cause me to grow hooves. A beer costs ¥800. There are a few well-known commercial chains as well, for those of you who trust Giants food as much as I do.

As for the bad, well, let’s just say that the crowd here isn’t the best. Decades of purchased, unearned victories seems to take the edge off of things. They’re not the worst fans I’ve seen, but they were a largely uninspired lot who were too busy polishing their silver spoons to properly applaud the 8-inning pitching gem we were witnessing by Toshiya Sugiuchi, a heroic contributor to the Japanese national team (who, of course, Yomiuri bought). The crowd was easily cheered down by the clan of Yokohama Baystars fans in left field. Another downside to the game is that tickets are a bit expensive and sell out quickly. Tickets range from ¥1,000 (standing room only) to ¥5,900, and can be purchased in a variety of ways, including at the gate (if they aren't sold out).

As many people with ego problems do, Tokyo Dome goes out of its way to let visitors know how great it is. The "Star Memorial Plate" in one concourse is a tribute to the musical legends who got tricked into performing at the dome. There is a section dedicated as the Giants' Hall of Fame. And of course there are plenty of merchandising stands, some full of publications about nothing except the Giants. If it were a person, Tokyo Dome would be constantly annoying its friends due to how often it checked itself in the mirror. The Japanese Baseball Hall of Fame is also located here.

For people who don't follow Japanese baseball, a trip to Tokyo Dome might be interesting, to say you saw the most famous team in Japan. Just don't be an MF about it. 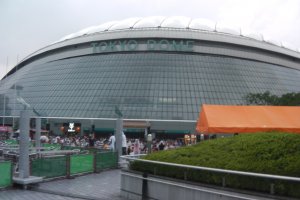 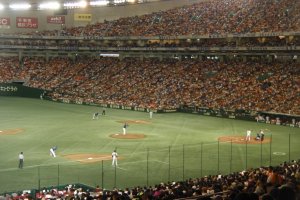 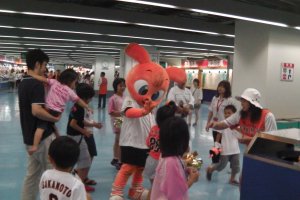 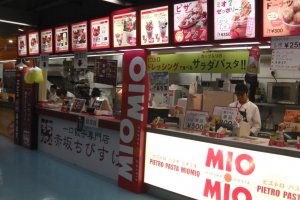 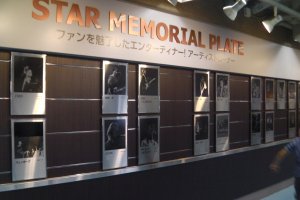 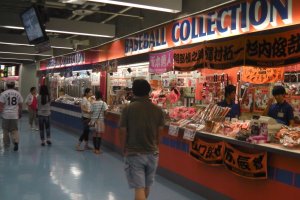