Must-visit attractions of the Yotsuya area

Before Tokugawa shogunate rule and the development of Edo, Yotsuya was a small farming village lying on the outskirts of the city. However, with the expansion of Edo and the construction of the moat around Edo Castle, many temples and shrines, construction workers, and their families had to relocate to the area. In 1878 Yotsuya became one of the first 15 wards of Tokyo. Rapid urbanization followed with 20 more wards and in 1947, they were all reorganized into the current 23 with Yotsuya grouped into Shinjuku ward.

Located in the southeast Shinjuku, Yotsuya is ideal for a slow suburban lifestyle amidst a busy city. Accessible and convenient for trips to major stations like Tokyo and Shinjuku, there are many malls and urban food & shopping options near Yotsuya station and Shinjuku-dori, the main road connecting Yotsuya and Yotsuya-sanchome stations. On either sides of Shinjuku-dori are quiet residential areas that make for great leisurely walking spots. To top it off, Yotsuya is in walking-distance to the greenery and relaxation of Shinjuku National Garden and Meiji Jingu Garden.

Just a short walk from Yotsuya station, Sophia University is a private research university that ranks among the top 3 private universities in Japan. Outside of COVID-19 restrictions, Saint Ignatius Catholic Church, affiliated with the university, is open Monday-Saturday, 9am to 8pm and Sunday, 9am to 7pm. Anyone entering the building will be astounded by its grand architecture and stunning stained glass windows. At the center of the church is the oval-shaped main chapel which, according to the architect, resembles an egg and symbolizes the life and resurrection of Jesus Christ.

Saint Ignatius Catholic Church was initially established as a parish church in 1936. However, the church burned down in 1945 in the aftermath of the devastating WWII air-raids that struck Tokyo. In 1947, the Archdiocese of Tokyo and the Society of Jesus began planning the rebuilding of the church with a new dedication to Saint Ignatius of Loyola. This extensive construction was completed in 1999 and since then, there has been a rapid rise in parishioners.

During preparation for the 1964 Tokyo Summer Olympics, Japan was faced with the challenge of planning accommodation for the estimated 30,000 international guests expected to attend. With this international event approaching, Yonetaro Otani, the founder of Hotel New Otani, made the decision to construct a hotel on his property in the spirit of supporting the Olympics and boosting Japan's tourism industry. Renowned for its world class service and lavish facilities, Hotel New Otani has been hugely successful and now operates 18 hotel branches under the Hotel New Otani brand.

While its high-end pricing puts it out of reach of many, the hotel's free Japanese Garden is open to all. Open daily to the public from 6am to 10pm, the garden was once owned by successive samurai lords over the course of its 400 year-old history. Since the hotel's initial construction, the Japanese Garden has been one of its main attractions and is often ranked in the top of ten of the best free attractions in Japan.

Larger than it first seems, the garden takes about 20 minutes to stroll around with its thin paths meandering around its different areas. At the center of the garden is a beautiful Seisen Pond with 350 koi Japanese carp fish. Over the pond is a red Taikobashi Bridge, a symbolic structure in traditional Japanese gardens. Similar to a Shinto shrine's torii gate, it's said that Taikobashi Bridge acts as a border between the human and the spiritual world, with the water running beneath representing spiritual purification.

The water from the pond leads straight to the waterfall. Constructed in 1974, this impressive 6m high waterfall makes for a great photo spot while by the entrance lies a Japanese rock garden. Built through dry landscaping and the use rocks, sand, trees, and bushes, the rock garden displays rare stones like Akadama stones from Niigata and fossils native to the property. Intended as a miniature landscape, the rocks represent mountains, the pebbles water, and the rake marks illustrating the water's ripples.

The State Guest House of Akasaka Palace is located in the northern portion of the Akasaka Imperial property. Open every day from 10am to 5pm, the palace offers an exclusive look inside at where monarchs and presidents from around the globe are welcomed. Tour guides and audio guides are available for additional charge on top of the JPY1,500 adult admission fee. Photographs are prohibited inside of the building.

Construction of the Akasaka Palace began in 1899 as the residence for the Imperial Crown Prince. The Crown Prince, later known as Emperor Taisho, had a wedding approaching, and this momentous event was honored with a new Western-style palace. Built under the direction of Dr. Tokuma Katayama, the palace became the first and only one in Japan to be built based on the neo-Baroque style. As such, the palace marks the introduction of Western architecture and technology to the Meiji period.

In 1968, two decades after the end of WWII and with Japan recovering economically and political ties being repaired, Akasaka Palace underwent large-scale remodeling to allow it to serve as a State Guest House. The project was led by Togo Murano, an architect and Japan Art Academy member, and consisted a refurnishing of the Main Building, and the construction of a new Annex Building. In 1974, these two projects were completed and Akasaka Palace reopened as the State Guest House.

Since the release of the 2016 hit anime, Your Name, Suga Shrine has received a lot of attention as a location for the film. One of its key scenes takes place on a set of stairs with red railings and views of Yotsuya. With the movie's success, the stairs have become a sacred spot for anime lovers and while most guests will only photograph these stairs, a visit to the shrine is highly recommended. The shrine itself is not extravagant, but comes with a local and peaceful atmosphere. Suga Shrine is open daily day from 9am to 5pm. Guests are welcome to pray, buy an omamori shrine amulet, write your wishes on an ema votive plaque or pick up an omikuji fortune strip. A stroll of the grounds is good too.

Suga Shrine was one of the many shrines relocated as a result of the Edo period construction boom. In 1634, the Inari Shrine of Akasaka moved and was renamed Suga Jinja. The new shrine enshrined Susanoo-no-Mikoto, the Japanese god of the sea and storms. In Shinto myths, Susanoo-no-Mikoto is depicted as a multifaceted deity with a courageous and heroic side, as well as an impulsive and violent side. It is believed that worshipping Susanoo helps ward off misfortune and evil, especially illness and disease.

A recent conspiracy theory may be worth mentioning. A TV show investigated which, if any, districts had been free of natural disasters in during the Heisei years (1989-2019). It turned out that those locations free of disasters also had Susanoo-no-Mikoto as their guardian deity...

As with most notable areas in Yostuya, Shinjuku National Garden was originally the private property of the Imperial family. However, the air-raid of 1945 greatly damaged the garden and jurisdiction was transferred to the Environment Agency of Japan. After extensive remodeling, Shinjuku National Garden was reopened to the public in 1949. Open every day except Monday from 9am to 530pm, adult admission is JPY500.

Yotsuya station is accessible by the JR Chuo and Chuo-Sobu lines as well as the Metro Marunouchi and Namboku lines.

My name is Alicia Asca Akiyama and I use she/her pronouns. I am a second-generation Japanese American born and raised in New York City. I am currently studying in Los Angeles, but hope to live in Japan in the future. In my free time, I love rock-climbing, TikTok, J-pop, my 3 cats, sustainable fashion, and taking walks. 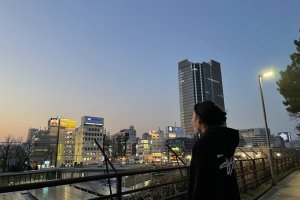 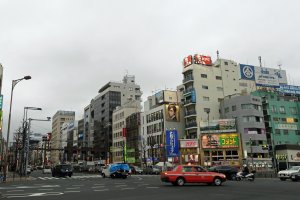 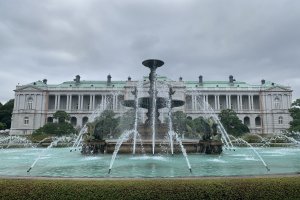 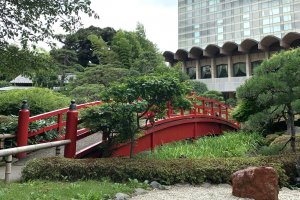 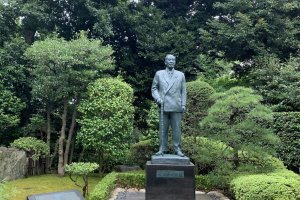 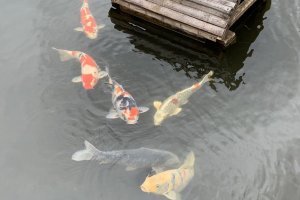 Bonson Lam 3 weeks ago
Lots of gems here! A must read for anyone going to Yotsuya.
Reply Show all 0 replies

Lynda Hogan 3 weeks ago
What great detail. Yotsuya has always felt quite sophisticated to me, particularly in comparison to the neighboring areas!
Reply Show all 0 replies

Sherilyn Siy 3 weeks ago
Yotsuya has a great vibe. Almost every Sunday, we used to walk from St. Ignatius (after mass) to Shinjuku Park.
Reply Show all 0 replies

Kim 3 weeks ago
I always enjoy guides like these that go in-depth into a specific part of the city. Thanks for sharing!
Reply Show all 0 replies
4 comments in total
Back to Contents