Dating back to Edo times, the festival takes place in front of Sensoji. From December 17th to 19th, 9:00am to 9:00pm, 50 open-air stalls will be set up near the main hall of the temple.

Hagoita are ornamental rectangular bats with a handle, modeled on those used in the traditional New Year's game of hanetsuki, a sport quite similar to badminton. The hagoita is usually made of Japanese cedar, decorated on one side with lacquered or embroidered images. The good luck bats are traditionally decorated with images of kabuki actors, but actually these days you can find them decorated with cartoon characters, or sports, cinema and TV stars. It is common practice for both sellers and buyers to clap their hand together when a sale is completed. 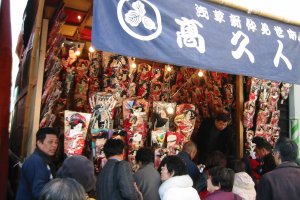 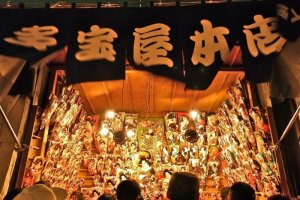 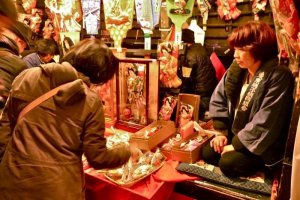 Kim 2 years ago
Those bats are so beautiful and quite ornate from the looks of things!
Reply Show all 0 replies
1 comment in total