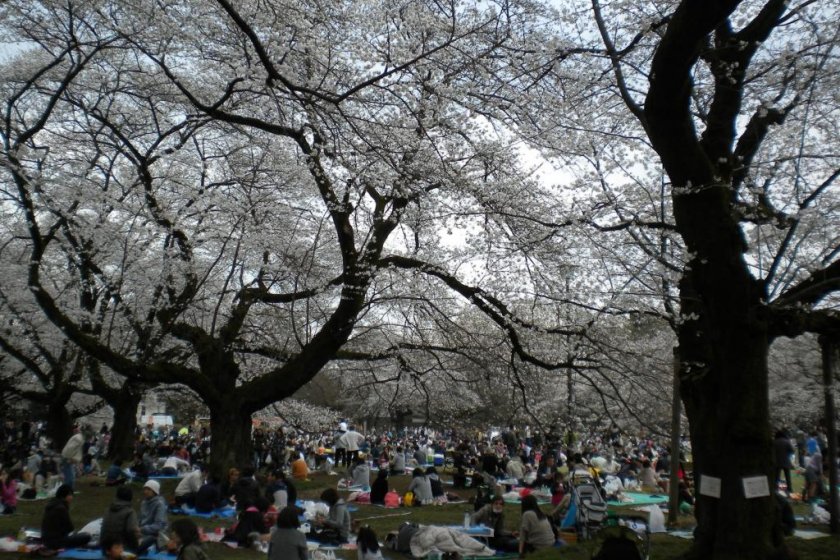 Sumiko Enbutsu, a Tokyo historian and flower lover extraordinaire, states that “No flower has captured the heart of the Japanese more than the sakura, the flowering cherry of Japan.” And she is quite right. Any one who happens to be in Japan as cherry season begins finds themselves in a country suddenly swept up in a very simple pleasure: hanami or blossom viewing.

Eagerly anticipated by everyone from young to old, hanami season signals springs official beginning. The nightly news faithfully reports the pink tide as it moves from south to north, and on the street one of the country's great migrations begins as citizens converge in parks, on benches, or any where else a sakura flowers. Visitors to Tokyo in late March to early April may find themselves part of the tide of folks heading out with a few snacks, a favorite beverage or two, and a party sheet (a.k.a. tarp) in search of an open spot under a blooming bough.

One of the best places to soak up the blossoms as well as the hanami atmosphere is Koganei Koen (Park) on Tokyo's west side. Cherries first began attracting visitors to the area in 1737 when a local farmer planted a six-kilometer stretch of them. When Tokyo officially established the park shortly after World War II, sakura were chosen as a primary feature in keeping with local tradition. The nearly 2,000 cherry trees put on an absolutely unforgettable show when in full bloom.

A few minutes bus ride from the nearest station, just follow the stream of other visitors to find the sakura. Stay close, though. Even though this is one of Tokyo's largest parks at 79 hectares (196 acres), hanami crowds manage to fill it nearly to capacity. Plenty of vendors will be on hand selling everything from takoyaki (grilled octopus dumplings) to yakisoba (grilled noodles) to some of the best grilled mochi (rice dumplings) around. Once settled on your party sheet, keep an eye out for the Tengu (long-nosed goblin) and his drummer as they weave their way between viewers. Or watch as firemen hold a tall ladder stable as one of their own performs a series of acrobatics at the very top. It will be an afternoon you won't soon forget!

Find out more about Koganei Park.

Joan Lambert Bailey lives and writes in Tokyo where she is lucky enough to get her hands dirty on a local organic farm in between forays to explore Japan from top to bottom. You can read about her adventures learning about Japanese food from seed to harvest to table at Japan Farmers Markets. 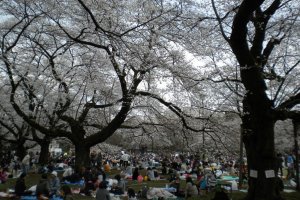 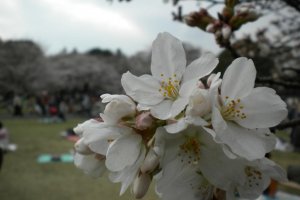 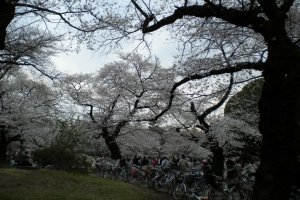