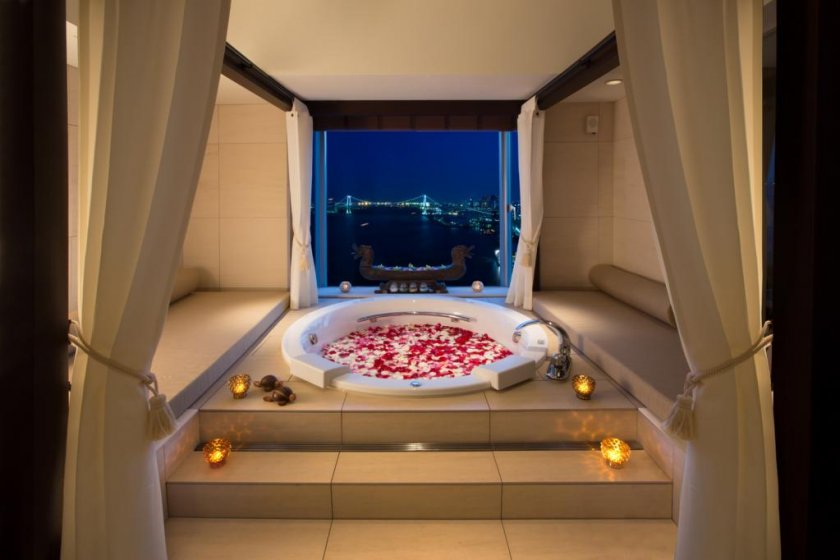 Great hotel with an awesome view of Rainbow Bridge

What do you look for when choosing a hotel? My standard answer would be price, since I’m a budget traveller (I’m an accountant by trade—need I say anymore?!). When I travel in Japan I usually use business hotels, such as Toyoko Inn, or youth hostels.

However, recently I was after a luxury hotel for a special occasion. I have no doubt that any of the 5 star hotels in Tokyo would provide the luxurious experience that I was after, but I wanted something more than that—it needed to somehow have a special connection with Tokyo or Japan, rather than it just feeling like you could be in a 5 star hotel anywhere in the world. My only other criterion was easy access to Narita airport, as the following day that is where we were headed. Admittedly price was also a factor, but I knew I would have to pay a lot more than my usual budget!

Being a luxury hotel ‘virgin’, I turned to the internet to start my search. I soon came across the Intercontinental Tokyo Bay and decided to go with it. Why? My reason was its location right near Rainbow Bridge. Their rooms include “bay view” rooms, which means you can see Rainbow Bridge from your room, and I promise you that the view at night is simply stunning (“river view” rooms are also available, which provide a view of the Sumida River, but not the bridge). Rainbow Bridge may not be internationally famous like the Manhattan Bridge, the Golden Gate Bridge or the Sydney Harbour Bridge, but if you live in Tokyo for a little while you soon realise that it is held in high regard by the Japanese, and to me it has become synonymous with Tokyo.

Our room was extremely spacious and had all the things you would expect from a luxurious hotel. But the thing I was most excited about was the view. It didn’t disappoint. Directly out our window was Rainbow Bridge, with the Fuji TV ball in Odaiba visible in the distance. If I looked to the right out the window I could also see Tokyo Tower poking up behind some buildings. The view was great in the day, but when nightfall came it was even better!

The Intercontinental has multiple restaurants to choose from, and the choices are endless in nearby Hamamatsu-cho too. After having a drink in the bar in the lobby, we opted to eat at the hotel’s restaurant called “Chefs Live Kitchen”. This is an all you can eat buffet style restaurant with a slight difference—many of the dishes are cooked before your eyes. I had experienced this kind of dining in Australia, but never in Japan. The concept was the same, but the food had a Japanese slant to it—including all you can eat made-before-your-eyes tempura and sushi! We stuffed ourselves full and then enjoyed a walk along the waterside to try to work some of it off!

The Intercontinental Tokyo Bay is perfectly positioned for exploring Odaiba. It is less than a minutes’ walk to Takeshiba station on the Yurikamome line, which takes you directly to Odaiba, via the Rainbow Bridge. The shuttle bus to and from Hamamatsu-cho station also makes for easy access to anywhere in Tokyo (it is particularly handy if you are using Haneda airport, as the monorail leaves from Hamamatsu-cho).

I would definitely recommend the Intercontinental Tokyo Bay for people looking for a luxury hotel with a distinct Tokyo connection. 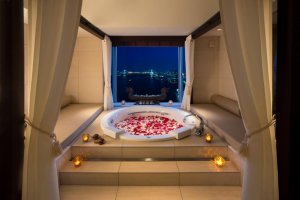 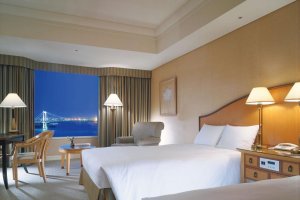 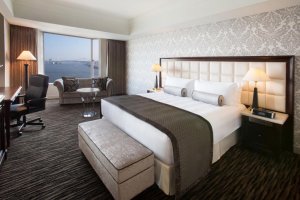 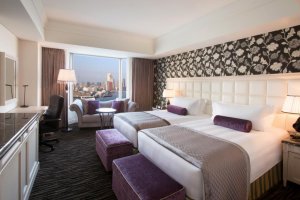 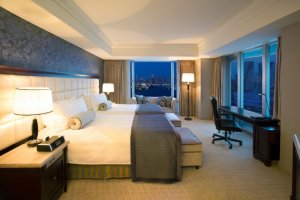 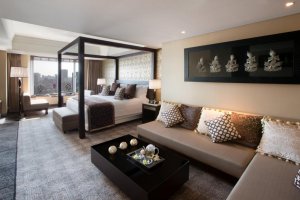