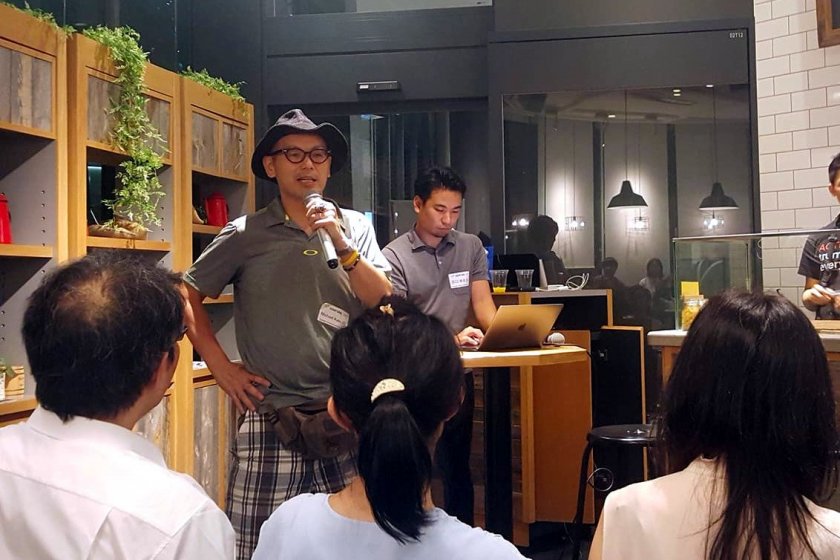 Thursday night, I made a presentation at Venture Café Tokyo, at their weekly Thursday Gathering in Toranomon Hills. It was together with Hodaka Kokeguchi of Kickstarter Japan. Promoting this campaign was an underlying objective for us, as funding creative projects is the overriding purpose of Kickstarter, but with Venture Café, we set off with the intention of passing onto participants the experience of creating international networks through participation in Tokyo, or wherever people are living.

For starters, I've been living in Japan for around 32 years, nearly all of it in Tokyo. Tokyo is already quite an international city. But unless you live in some very central or special neighborhoods, or work in an environment in which foreigners are many and networking with them is encouraged, using trains for commuting, you're likely to see many of us, but real personal communication is likely to be fleeting.

But unlike 30 years ago, when I was trying to figure out how to make connections with people who could help me set up sister city and sister school arrangements with Japanese high schools, universities, and municipalities around the world, or get information about overseas foreign study opportunities, with no internet, I had to really think about how to interact efficiently with many people. I attended conferences, expos, meetings, associations, receptions - you name it. They were academic, scientific, political, tourist, state associations, EU, ASEAN, University administrators, and many others, despite the fact that I was a 20-something nobody working for a small and unknown academic publisher in Tokyo. But I was eager, curious, well-studied, a voracious learner, and I volunteered.

I volunteered to write newsletters, to find speakers, to moderate sessions in English or (fledgling) Japanese, do publicity. I got countless complaints for getting things wrong or for my poor Japanese word choices. I remember one crazy situation interpreting for an association of people who believed that aliens (the UFO kind) were already among us and I was fired after the first day of a 3-day conference because in my translation I kept referring to the speaker in 3rd person, In doing so, it made many people in the audience feel that the stories were not believable. Volunteering and even some paid "gigs" for groups can be tough work, but through them you grow.

Through years of finding, supporting, and building networks around my interests - education, environmental matters, social change and justice, cycling and sports, health and wellbeing, technology, hiking & camping, cooking, music, and kids - I’ve built many networks of friends - communities. But I can narrow those long and big networks into a subset of, say, 200 "professional" friends. These aren’t the people I see everyday. But when something comes up about a subject - a guy from France wanting to sell 16th century obelisks - who could I introduce? Or, it could be the reverse, how can I source 50 kg of certified organic flour from Japan for a specialized baker in Sydney? These friends are the ones I rely upon.

In the past week I've introduced a graphic novel and director of a movie based on it to a highly respected writer and university lecturer who is familiar with the Japanese manga, graphic novel, and anime scene and the publishers, an entrepreneur who is amping up his consulting company that is building sales channels globally for Japanese and Asian SMEs to a cool and edgy design agency, and the founder of a 25-year old indie music label, a musician, movie director, and photographer to a person who produces marketing events with Tsutaya. I don't consider myself a "connector" or "matchmaker" or any other of those contemporary terms for people who do this sort of thing for a living, but making such introductions is just how things start to happen. The more you do this, some things do actually get started.

In managing this campaign, I am doing a combination of things every day, that include attending meetings and gatherings, contacting people individually, writing and posting to social media, updating supporters on the Kickstarter project page, making blog posts, and trying to build support among potential sponsors and collaborators. It probably isn't very different from what many of you do each day, though not specifically for a single project or campaign. I've used a variety of To Do lists, project management platforms, and spreadsheets to make this easier, but there's no single best way. Except for the simple adage, Keep it Simple, Stupid.

The spreadsheet in the photo below is only an example, but by keeping a daily plan organized, I can focus on the things that matter each day. One of the things that matter is to connect with people. Sometimes, the best way is en masse. Other things should be one-to-one. Many things, in a blog or some way they can opt in. And opt out. And if some feathers get ruffled, so be it.

I ended the meeting with a slide, containing the lyrics from a song by The Beatles. It is the last song the band recorded on their album, Abbey Road. The lyrics read, "And in the end, The love you take, Is equal to, The love you make." Please join me in making this campaign successful and make our film possible. Thank you. 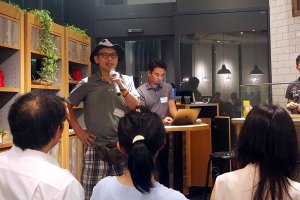 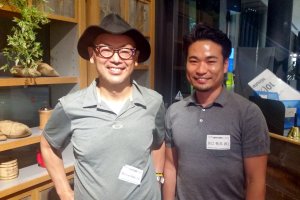 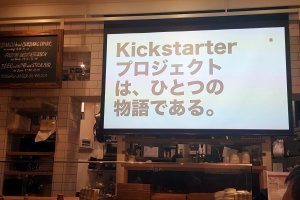 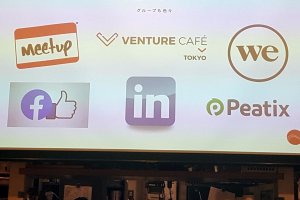 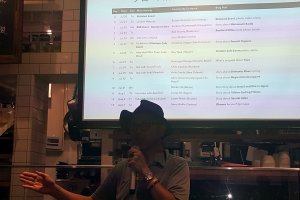 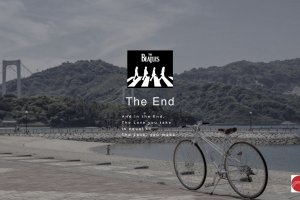