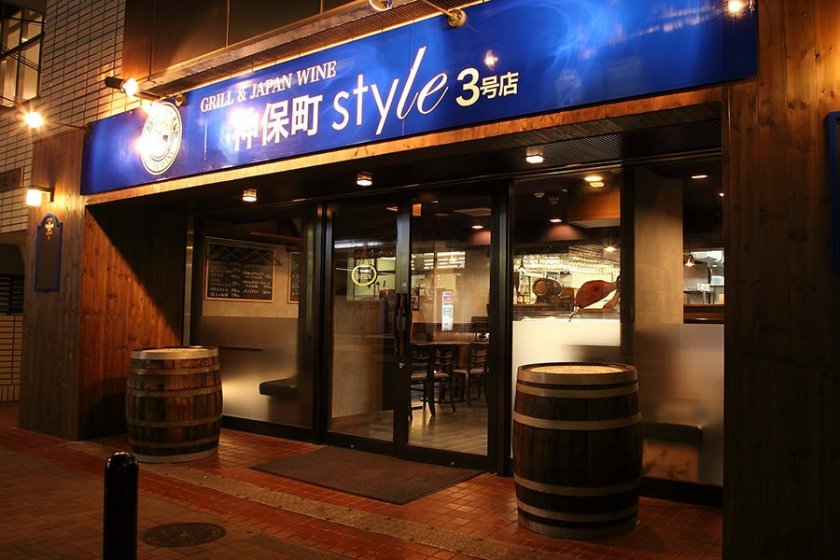 If you are craving for a change from delicious Japanese fare then a meal at a European bistro style restaurant could be just the thing for you.

Look for the neon blue sign a short walk from either Suidobashi or Jimbocho stations. A workmate gave it the nod, having eaten there after reading a complimentary review. It is a smart little establishment with a menu packed full of tasty treats. Usually when I go to a restaurant there are a couple of dishes that stand out as the main contenders, and the only difficulty I have is choosing between the two. At Style3 I had more of a difficult time in choosing as almost everything on the menu was a dish I wanted to try. Luckily I went with a group of friends so ordering almost one of everything on the menu was not an unreasonable option. I ended up eating far too much anyway, but it was well worth it.

Like an authentic bistro in Europe, a very safe bet is the house wine. There is also the good premium malts chilled draft beer, along with a selection of cocktails and Japanese drinks. We all started off with a refreshing cold cocktail or chilled draft beer to revive us after the summer heat of the city and a long day at work. These were served in cool glasses with the restaurant logo etched into them. A seemingly endless supply of carafes of wine after that kept our party in high spirits for the duration of the evening but there were some other listings on the wine menu which will be worth going back to check out at a later date.

The food is fantastic. If you are a meat lover you will be spoiled for choice with some really succulent cuts of steak on offer. One of the most striking things about Jimbocho Style 3 is the glass chiller cabinet that is right in front of you when you walk in. Seeing some really fabulous cuts of meat on display definitely gets you excited for the meal ahead. The aged steak was out of this world - soft and juicy. The cold cuts were perfect in the middle of the table with plenty to go around. Somethings I miss in Japan are some good cured hams and salamis but this meal certainly scratched that itch. The influence of Spanish and Italian flavors was everywhere. The meats were great on their own but there were plenty of rich sauces available too. For those who are not as carnivorous, the menu also has some great options. Pizzas and salads kept arriving at the table as well to round out the meal. There is a great atmosphere in the restaurant, hitting the right balance of casual but attentive service. The food was great and punched well above its weight in terms of price. The drinks hit the spot, and it was one of those rare nights where our group had nothing but praise for the venue. We'll be heading back for sure and will be recommending Jimbocho Style 3 to others. Give it a go. 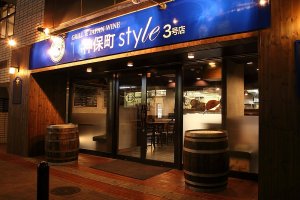 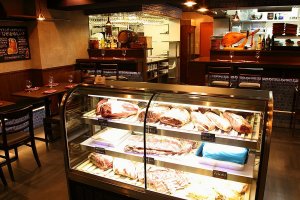 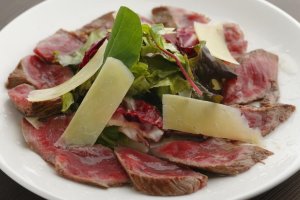 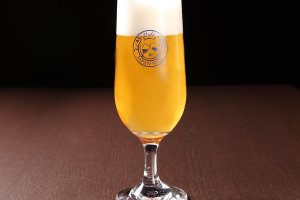 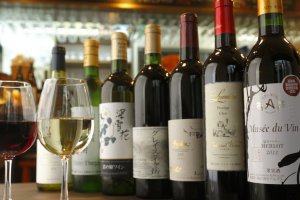