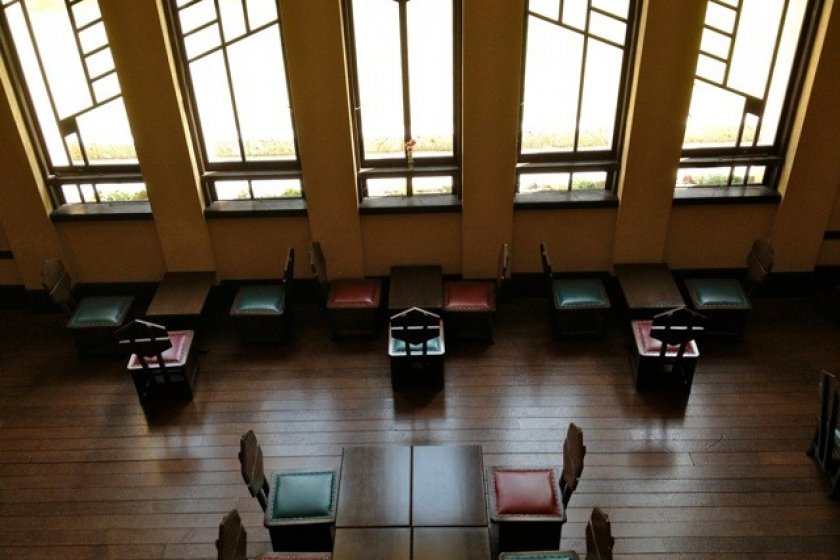 Have coffee here and relax

In the 1980's, when Tokyo Disneyland was under construction, the late, great Donald Richie wrote that it was unnecessary; Tokyo was a Disneyland. To illustrate that point, one of the most remarkable buildings in Tokyo, if not Japan, is hidden in plain sight in Ikebukuro, less than a 15-minute walk from the station.

Myonichikan at Jiyu Gakuen (The school of the free spirit) was designed by Frank Lloyd Wright in 1921. Wright was in Japan to deal with matters concerning the Imperial Hotel. (The hotel's grand opening was September 1, 1923, the day the Great Kanto Earthquake took place; the hotel was undamaged but was torn down in 1968.) Wright was introduced to Mr. and Mrs. Hani. He was impressed by their Christian-oriented freethinking educational philosophy, which meshed with his, and undertook to design a school for them. Work began in 1921 and was completed in 1929. Wright attended the first graduation ceremony in 1922.

Jiyu Gakuen Myonichikan is one of only two extant buildings in Japan designed by Frank Lloyd Wright. A total of six were constructed. The other building is the Yodoko Guest House near Kobe; designed in 1918 and built in 1924. Wright was recognized in 1991, by the American Institute of Architects, as "the greatest American architect of all time."

The buildings have long horizontal lines to blend with the landscape. This "Prairie school" design was where Wright first made a name for himself in the U.S. The main building has soaring windows, which face south onto an open courtyard. There are symmetrical wings on the east and west. The auditorium which was designed by Wright's assistant Arata Endo, seats around 300 people and is across the street on the south side. As with the Imperial Hotel, Wright added a Japanese element to the design by using Oya stone for pavements, columns and so on. The stone is a warm gray-green mixture of lava and ash and is easily carved (Oya is near Utsunomiya in Tochigi Prefecture). In addition, Wright designed the windows, furniture, and other features of the school.

In 1934, the main campus was relocated to Higashi-Kurume (on the Seibu Ikebukuro line). The Myonichikan buildings were then used by school alumni for lectures and other activities. During WW2, although Ikebukuro station was bombed, the school was undamaged.

By the late 1980s two related problems emerged. The buildings, with a floor area of 1,100 square meters, needed extensive repairs and renovations. These were estimated to cost $5 million. In addition, the buildings sat on a relatively large parcel of land, 2/3 acre or 2,700 square meters (for Wright's concept of balance and harmony). In the housing bubble, the value of the campus was estimated at $30 million. The school's administration advocated selling the land—which would have meant the destruction of Myonichikan—and using the money to improve the facilities of the Higashi-Kurume campus. On the other hand, a citizen's group advocated that the owners apply for designation as an Important Cultural Property. This would mean that government funds could be used for the renovations and that the buildings and land would be permanently protected. In 1992, the group took out a full age ad in the New York Times: "We want to ask the international community to join us in saving this important monument." Former US Ambassador to Japan (1961-66) wrote that Myonichikan "symbolized Japan's search in the 1920s to become a liberal innovative nation and a free democratic society." The debate went back and forth and eventually in 1997 it was agreed that Myonichikan would become an Important Cultural Property and that the Jiyu Gakuen school could use the buildings for any purpose (e.g. lectures, wedding ceremonies) providing the public had general access. Careful reconstruction work began in January 1999 and was completed in September 2001.

Bruce Brooks Pfeiffer, director of the Frank Lloyd Wright Archives said, "[Myonichikan] coming back to life in youth and beauty is like the return of a lost child - perhaps more cherished than ever before. Its conservation is especially heartwarming as it represents in tangible form, Frank Lloyd Wright's devotion to Japan, the nation he loved second only to his own."

The atmosphere at Myonichikan is remarkable. It is calm and friendly. Visitors may wander around freely. If this room is being used, that room is open. There are no signs of caution, no roped off areas, no announcements and no orange cones. The staff are friendly and helpful but not obsequious. There is a palpable warmth. I expected to meet FLW around the next corner. Had I done so, I would have thanked him for his attention to detail, the remarkable windows, and the uniqueness of each room. All of this is a stone's throw from Ikebukuro station—and now you know. 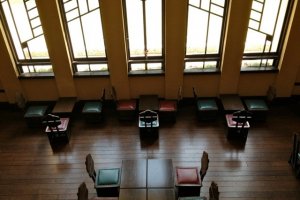 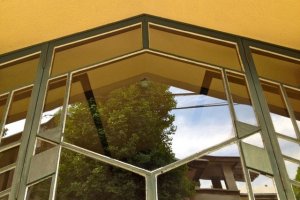 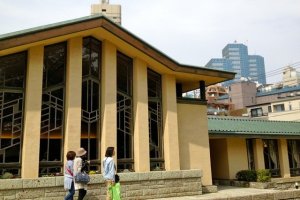 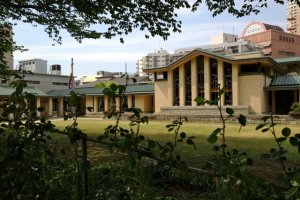 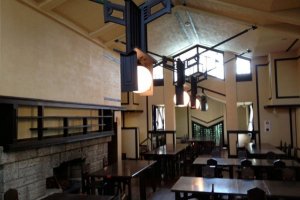 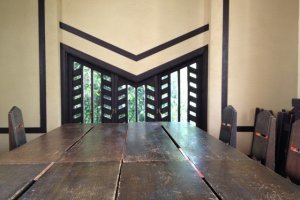 Andrew C. 3 years ago
thanks for the info!
Reply Show all 0 replies
1 comment in total