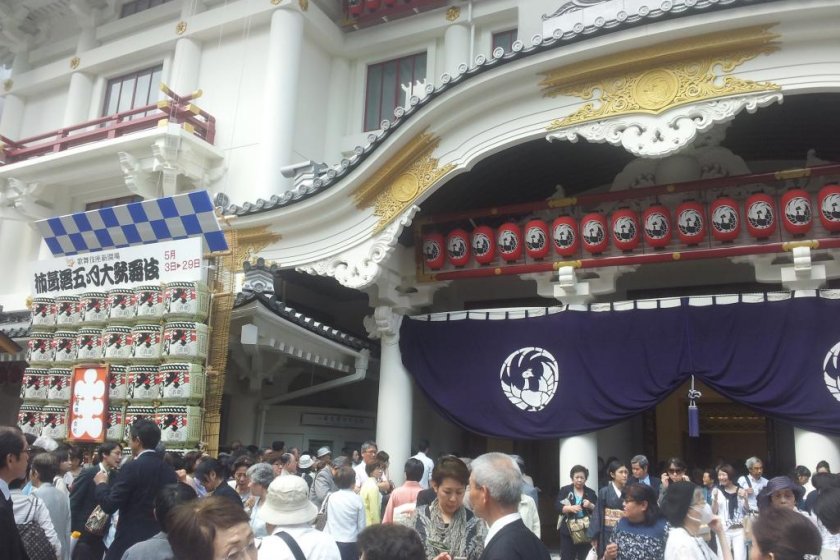 The newly renovated home of Kabuki in Tokyo

The facade of the traditional theater stands out

Traditional Japanese theater might not be high on your list of things to do in Tokyo, but having reluctantly been dragged to the main Kabuki theater in Ginza recently, I'll be recommending it from now on.

The theater itself has just had a complete overhaul that has lasted three years and is now open again for business. Kabuki-za is a stunning building in the heart of Ginza. We arrived by Metro and the theater is directly above Higashi-Ginza Station. You emerge into the sunlight to be greeted by throngs of people taking photos of the traditional facade. It is an attractive building on the outside and equally impressive once you enter. It is all very opulent and new.

The stage is massive with a walkway leading down one aisle from the back of the theater so actors can enter the stage from a different direction.

I was a bit worried that it would be several hours of unintelligible dialog and lots of posturing, but armed with the audio guide, the whole thing was a fascinating experience. The guide talks you through the history of Kabuki and the theater itself, and then during each performance fills you in on the play, the characters and special things to look out for. There is even a screen you can rent that clips on to the back of the seat that provides subtitles. Many of the Japanese there took advantage of this audio guide too.

We were there for an 11 o'clock show made up of three different pieces. The first was mainly dancing by the four main characters with the dialog coming from the chorus in song and "melodious" accompaniment on drums, flute and shamisen. Lots of stamping and gesturing "with long sleeves representing swaying lavender" and characters inspired to dance by "beloved pines." There was then an intermission of 15 minutes before the main act which was a great tale of sacrifice and duty to one's lord. Thoroughly enjoyable and it kept us all riveted for the hour plus of acting. The third piece was another shorter one and was a bit of a comedy. The costumes for all of them were incredible.

There was a long intermission of 30 minutes after the second play and everyone around us cracked open their bento lunches right there in their seats. You can buy your own (if like us you didn't realize that this was the norm) either in the theater or downstairs in the station. During the intermissions really pretty curtains made by the sponsor companies were displayed on stage. They all drew appreciative sighs from the audience.

Kabuki was never on my list but I'll be going again for sure. Get the audio guide and enjoy an amazing afternoon. 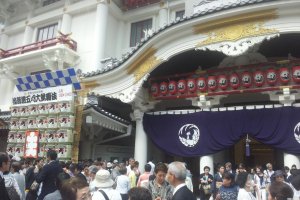 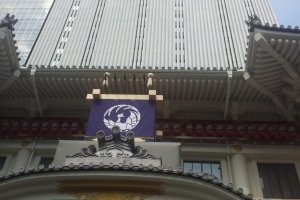 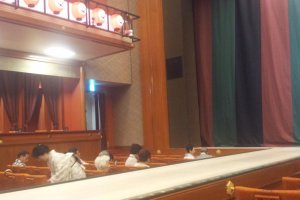