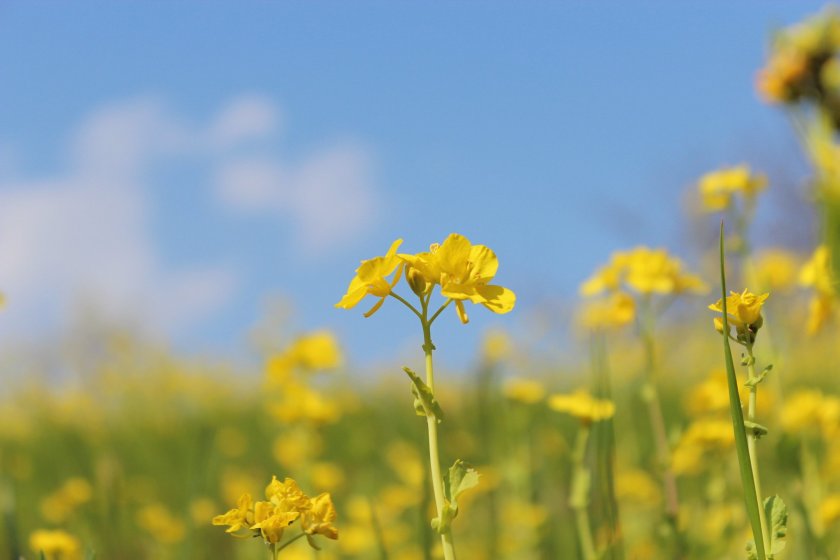 A green space for all in Koto City

Given the chance, Kiba Park is yours to enjoy

If you want space to breath in Tokyo then Kiba Park is the place for you. Once an integral partof Tokyo's lumber industry, Kiba Park was given park status in the mid-70s to commemorate 50 years of the Emperor Hirohito's reign and has evolved to become a much appreciated green spot for the locals.

A huge and most impressive suspension bridge, itself worthy of visiting, crosses the Sendai-bori River and connects the two sides of the park. On the south side, you'll find the relatively small but well maintained Toshiryokka Botanical Gardens with walking paths through the foliage, a large open green area that includes a barbecue area, a dog run and a visitors centre known as the Midorium. At the north-east end of the south side you'll find hidden amongst the trees a children's playground while on the north-west is the Event Pond.

The Event Pond deserves some attention as it is the remains of what was once a staging point for the lumber industry in Tokyo. Logs were transported by barge to the pond for storage and sorting. Kiba's lumber heritage is maintained through the Koto Ward Citizen's Festival where people perform all manner of balance tricks on logs floating in the pond.

Cross the suspension bridge and you'll come across a surprisingly decent kiosk serving all manner of hot foods and ice cream. It's not gourmet food, by any stretch of the imagination, but it is far more than vending machine fair. Six tennis courts can be found here, as well as walking paths through the trees and a few children's play areas. At the far end of the north side lies the Museum of Contemporary Art Tokyo.

Kiba Park is another example of local Tokyo and local space working together for everyone's benefit. Lots of green, lots of space and lots of fun, Kiba Park is a lovely place to relax, unwind and watch the people go by.

Take the Tozai Line to Kiba Station. The park is about 5 minutes from Exit 3. Otherwise, it's a 15-minute walk from Exit 1 of Kiyosumi-shirakawa Station on the Oedo Line. 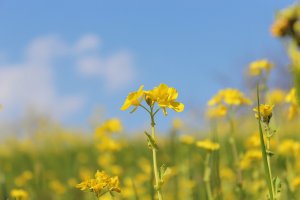 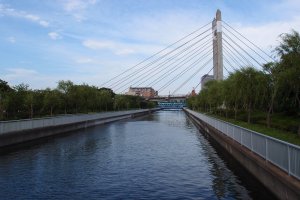 Elizabeth S 6 months ago
Last year, we walked from Kiba Station through the park to the Museum of Contemporary Art at the north end. To digest what I saw at the museum, we continued along Oyojogawa Ark. it’s one long north to south oasis of green and water in the city. Tokyo is amazing for its mad density and then spaciousness like this.
Reply Show all 1 replies

Sleiman Azizi Author 6 months ago
It's hard not to be grateful for space like that.
Reply

Kim B 6 months ago
Grateful for these areas in the city!
Reply Show all 2 replies

Sleiman Azizi Author 6 months ago
For sure, right? With a zillion people, you'd be crazy not to be!
Reply

Kim B 6 months ago
Yes! As an introvert who values solitude, spots like these are essential for my sanity!
Reply

Elena Lisina 6 months ago
Blooming sakura is one of the best sights in Japan! I used to like autumn more than other seasons, but after hanami spring became my favorite season.
Reply Show all 2 replies