No, this isn't a movie set nor is it some form of cosplay. This is the Kurayami Matsuri, or darkness festival and it happens once a year in Fuchu City of Tokyo. Claimed to be one of the oldest festivals in the Kanto region, there isn't anything like it in all of Japan. It happens every April 30th to May 6th at Okunitama Shrine and as the name implies, happens at night. The week's festivities include floats with men, women, and children performing in traditional costumes, dancing up and down the street.

Fuuchu is a small city 20 minutes outside of the heart of Tokyo. Normally a quiet town, it's home to Okunitama Shrine, one of the largest shrines in the Kanto area. The Shrine was founded during the 2nd century AD, and was renamed Okunitama during the Meiji period. The Kurayami festival which is centered around Okunitama Shrine, is also associated with Utagaki which is an ancient ritual gathering of peasants and farmers. This cultural significance has continued into modern times as teenage boys and girls usually go to the festival together on dates, so the festival has a very strong youth turnout.

Right outside of the station exit, the floats are lined up on the street facing the entrance to the Shrine. Each float has its own costume and color, and there are usually children performing along side adults. The floats are lit up with lanterns and lights, and the city takes on a surreal atmosphere. The lanterns and floats make Fuchu look like the infamous hot spring town in the movie Spirited Away. The children perform for about an hour before they are pulled into a parade up and down the shrine. The floats sometimes end up side by side and an exuberant display of colors and dance ensues. During all this the shrine is incredibly busy, with food stalls and games at every corner. There is even a haunted house. The three major events are the horse ride which takes place on the first night, the giant taiko drum floats which happen on the second night, and then the all night shrine event happens on the third to the fourth. The shrine carrying is very rowdy and goes on till the morning.

Words cannot describe just how beautiful this festival really is. If you're in Japan during this time, it is a must-see.

Ōkunitama Shrine is said to have been founded in 111 by Emperor Keikō. The shrine's annual festival, Kurayami Matsuri is c.. 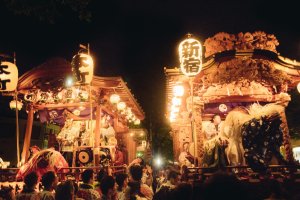 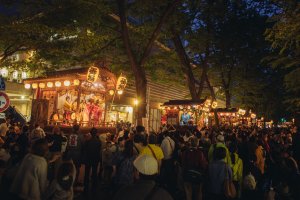 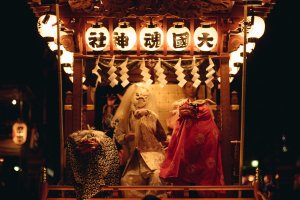 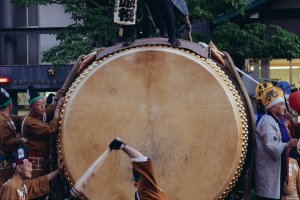 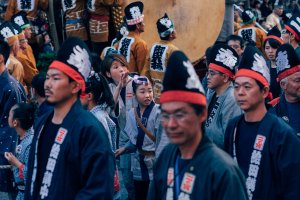 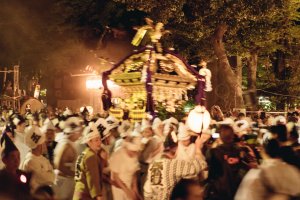 Kim 2 months ago
Looks like such a lively event! Looking forward to the day festivals feel like that again!
Reply Show all 0 replies

Elena Lisina a year ago
One more great festival I'd like to watch!
Reply Show all 0 replies