Explore the world of Osamu Tezuka and his creations

Most people might already know that Takadanobaba is the main setting for Osamu Tezuka's manga series: Astro Boy. This has generated a lot of excitement amongst its neighbors, shown by the local Japan Railway station platform that plays the music theme from the TV series to signal the departure of a train. However, what most people might not know is that there are other tributes to this android robot around the area that can be enjoyed by the fans of Mighty Atom.

Walking out the station, two giant murals of Astro Boy Universe will welcome everybody with its vibrant colors. One is stretched underneath the JR railway right in front of the bus stops, and the other placed not far from the intersection. The two murals feature characters created by Osamu Tezuka which brings to life the cheerful anime spirit throughout the main hub of Takadanobaba.

A lively spectrum of the murals takes visitors to Waseda Dori in the west, where cheap eating places and bars are scattered along the road. These culinary destinations tend to be less appealing, but here lies another proof that Mighty Atom and Osamu Tezuka’s works are highly admired in the neighborhood, a series of lamp posts featuring Astro Boy, Princess Knight, Black Jack, and some others – all decorating the street.

The characters’ portraits are attached to every lamp post throughout the street, trying to “brainwash” everybody who wanders around Takadanobaba that the area they are standing is where Mighty Atom was born, and where Tezuka Production was head-quartered. Cartoon-themed pachinko slots and game centers stand in turn along the curbside, bringing up these timeless childhood moments during their exploration.

But what is retracing the old times without bringing home actual Mighty Atom stuff? Village Vanguard is believed to be the only corner shop in Tokyo that is still selling trinkets of Astro Boy. It’s an underground store whose name sign is hidden behind gashapon vending machines, just two blocks away from the JR station near Mister Donut café.

This popular book and hobby shop sells a bunch of toys and unique things, but of course, in Takadanobaba, people go straight to the Astro Boy corner. That’s why when I arrived there, toys and action figures were nowhere to be found but other fancy collectibles such as keychains, pouches, shirts with hologram prints, mugs, calendars, and (here’s the best part) a set of Astro Boy comic books could be browsed to complement every collector’s wish list. The price ranges from ¥200 to ¥8,799 but I bet that won’t be any problem for the true fans of Astro Boy, right? 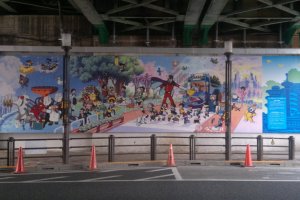 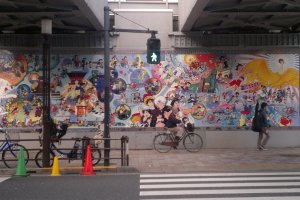 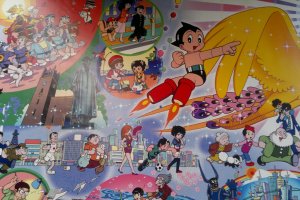 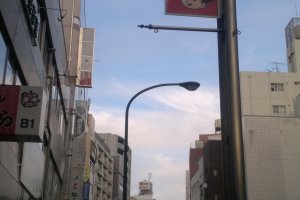 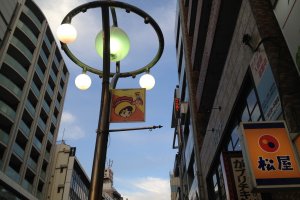 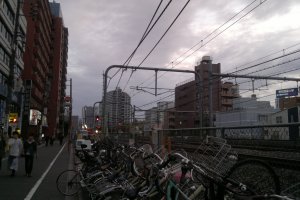 Katie Jackson 3 years ago
The mural there always puts a smile on my face. I don't mind the brainwashing at all.
Reply Show all 1 replies

Vicky Amin Author 3 years ago
It sure does. Especially if you come closer and see all the details :)
Reply

Amanda Ho 3 years ago
Wow, is it new? Did not see it the previous time I went.
Reply Show all 1 replies

Vicky Amin Author 3 years ago
It's actually been there for quiet a long time. The murals and lamp posts, for instance, were created in 2003 to celebrate the supposedly born Astro Boy (the story Osamu Tezuka developed in 1952 said that Atom's birthday was April 7th 2003).
Reply

Victoria Vlisides 4 years ago
Had no idea! Cool :)
Reply Show all 1 replies

Vicky Amin Author 4 years ago
I'm pretty sure they have planned to add more of Astro Boy's touch for the neighborhood :)
Reply
6 comments in total