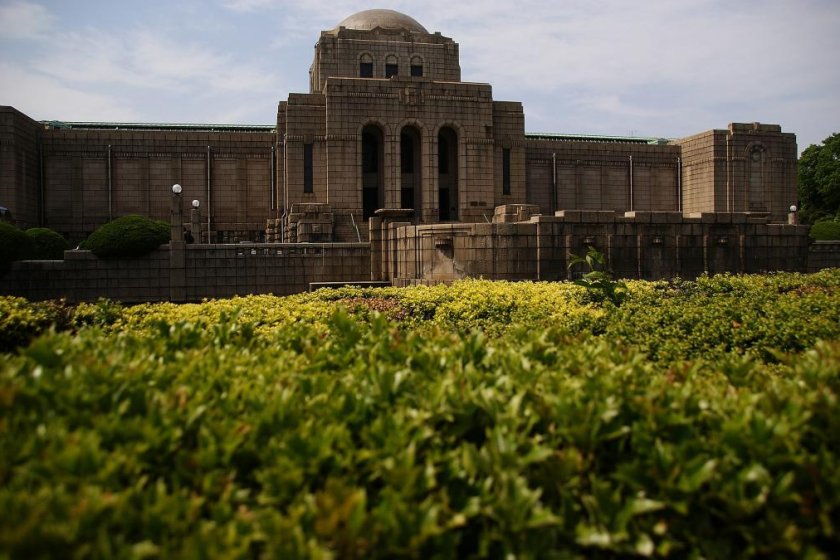 A visual history of Japan's modernization

A view from the gardens of the gallery building

Located in the Meiji Jingu Outer Garden in Central Tokyo is the Meiji Memorial Picture Gallery. The gallery is a pictorial homage to Emperor Meiji and Empress Shoken to commemorate significant and historical events in their personal lives and within the national theater of policy, diplomacy and military operations.

Originally constructed in 1920 in honor of the recently deceased Emperor (July 30, 1912) and Empress (April 11, 1914), the gallery was destroyed by fire during World War II. By 1958, a new building was erected, which now houses the works of artwork that took nearly twenty years to complete.

The paintings are visually impressive at dimensions of three meters by three meters and the hallways include eighty paintings in all, half of which are described by the gallery as western-style works and the other half as Japanese-style paintings.

The series of works moves in a chronological order commencing in the tumultuous era of transition from the Tokugawa Shogunate feudal system to a prefectural system governed by various departments (legislative, executive, finance, civil affairs). Each painting is accompanied by a small plaque located in the forefront with details regarding the subject matter of the specific work. The Meiji Era is often referred to as the modernization of Japan and was a time of rapid industrialization.

It’s important to note that the creation of the gallery was done so in honor of the Emperor and Empress and the resultant changes to Japan’s presence both domestically and internationally. This intention is reflected in the information disseminated by the gallery to the public. Viewing the information presented should be taken with this in mind. It is nearly impossible to provide detailed historical information in such a setting and this isn’t the primary purpose of the gallery. As an example, there is a painting of Seoul, South Korea with a caption that describes Japan as “Wanting to maintain peace in the region.” I think this gives you an idea how information is presented and truthfully, the focus of the gallery is the artwork itself.

The gallery requests a maintenance fee of ¥500 prior to entering the gallery and taking photographs is not permitted in any area. 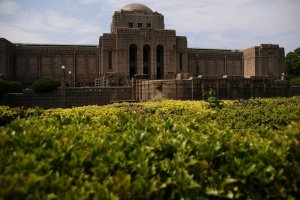 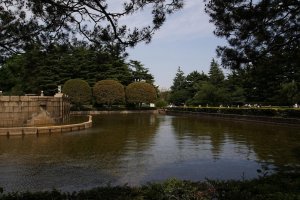 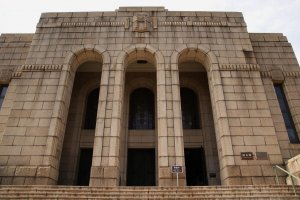