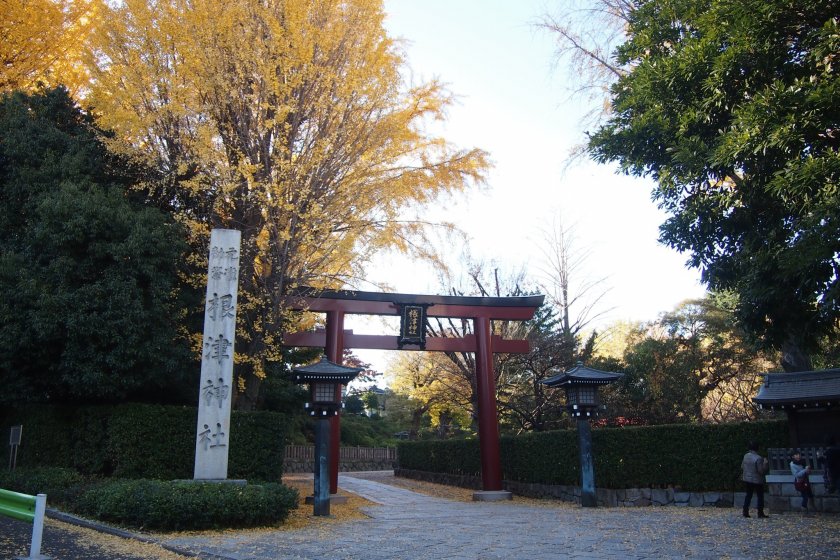 An 18th-century shrine in Tokyo's downtown, or shitamachi.

The Nezu Jinja is one of the few buildings that were not destroyed during the Second World War and qualify as one of the oldest buildings in Japan. As such, it has been marked as an important cultural property in Japan.

The history of Nezu Jinja begins more than 1900 years ago. It was built for the deity Susano’o no Mikoto. In the period of the fifth shogun Tokugawa Tsunayoshi in 18th century, the Nezu Jinja was moved to its present location to celebrate the passing of his reign to Ienobu. During the time of the 6th shogun, the Nezu Jinja became the main shrine of that time.

Emperor Meiji moved to Edo in 1868 and named the Nezu Jinja as one of the “Ten Shrines of Tokyo.” Since then, historic Nezu Jinja has become a symbol in the Nezu area.

The architecture of the shrine is built in the Gongen-style of architecture and has been maintained until today. All the individual gates and buildings (the Karamon, the torii, the Haiden, the Honden the romon and the Sukibei) are all declared Important Cultural Properties by the Government due to their long history.

When I visited, there was a wedding going on in the Honden, or the main shrine area. Friends and family were all dressed to the nines and photographers were circling around the couple. There were also children and young woman dressed in their traditional garb. Observing kimono-clad girls against the backdrop of such a magnificent shrine setting still delights me each time.

A highlight of visiting the Nezu Jinja is walking through the tunnel of torii gates. “Torii,” loosely translated, means a place where birds stay. These gates can be seen in all Shinto temples. Written on each of the torii gates in the tunnel is the name of the donors who have donated money to the shrine. Located away from the main building, the tunnel is peaceful and tranquil. Photographers linger around the area, looking for the best angle and light to capture the row of beautiful torii gates.

In spring, beautiful azalea bushes in full bloom will surround the Nezu Jinja. In autumn, the red and yellows complements the main building of the shrine, making it doubly beautiful.

After you explore Nezu Jinja, take a walk in the neighbourhood that it is in. The Nezu area is within the downtown or shitamatchi area of Tokyo and has a very traditional flavour. The small streets with wooden houses furnished with sliding doors are undoubtedly representative of the historical Edo period. Or, even better, stay in Sawanoya Ryokan, a beautiful traditional Japanese ryokan just a 10-minute walk away from the Nezu Jinja.

Find out more about Nezu Shrine. 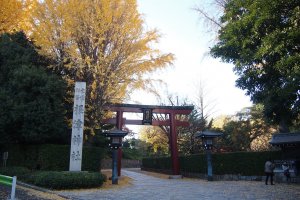 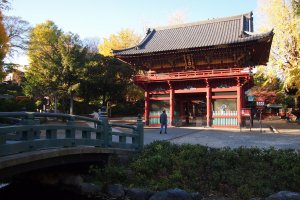 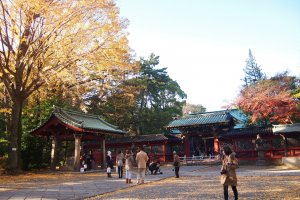 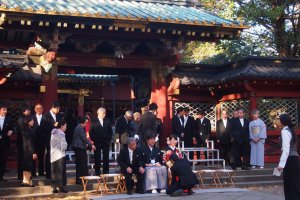 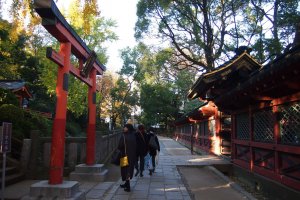 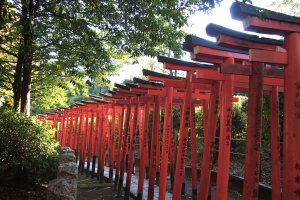 Elena Lisina a year ago
Beautiful shots in autumn! It's good that Nezu jinja wasn't destroyed as many others.
Reply Show all 0 replies
1 comment in total