Tokyo does it up Okinawa-style in this annual festival

Late May
Venue: Yoyogi Park When: Late May 2023

Okinawa has a deep allure for those living in and around Tokyo. That faraway island with its gorgeous landscape and laid back beach culture (or so we think of it) can seem like a magical escape from the rushed and cramped capitol city. It's little wonder, then, that Yoyogi Park's annual Okinawa Festival is such a big hit.

The Okinawa Festival follows the tried-and-true pattern of Yoyogi's chain of summer international festivals: lots of food, lots of drinks, a captivating lineup of music and performers, and plenty of vendors selling local goods spread over a Saturday and Sunday. What more could you need?

Okinawan food varies quite a bit from mainland Japan's, due to its vastly different culture, climate, and agriculture. Meat (especially pork) is more common, and there is less seafood. One dish that was common at the festival was pochigi, a sausage made from pork and red pepper. There was plenty of Okinawa soba, a type of soup with noodles that are quite different from traditional Japanese soba (and look a bit like udon, in fact). There was also many dishes including soki, or stewed pork spare ribs, which could also be found added to Okinawa soba. Of course, there was also plenty of taco rice, a bizarre version of Mexican taco ingredients served on a dish of white rice. Taco rice was invented in Okinawa in the early 1980's, but has since become one of the most famous dishes associated with the island.

As can be expected with island culture, there were many fruity tropical drinks at the festival. In terms of alcohol, Okinawa has a few notable contributions. The most notable is awamori, a drink native to the island made from distilled rice. Okinawa is also home to the Orion brand of beer, which was everywhere at the festival. There were also some smaller craft beer companies from the island, as well as local versions of sake and other liquors.

The shopping tents were set up with a wide variety of flowy clothing with flowery and pastel colors, which made everyone start wondering when beach season is going to start. There was a lot of merchandise featuring the shisa, the famous cross between a dog and lion that is symbolic of Okinawa. Another item of big interest were musical instruments. Okinawa has a unique island-style of music that often features instruments like the sanshin, a stringed instrument similar to a ukulele or banjo. There were many of these instruments on sale.

The large stage in the corner of the festival area was always active during the two days of the festival, and the schedule boasted a full lineup of acts. Performances ranged from traditional dance performed in authentic costumes—such as eisa dance—to traditional styles of music to more modern, upbeat pop. The tone changed frequently, and always drew more and more people to come watch.

Entrance to the festival is free. It is held in Yoyogi Park around the permanent main stage set up near the NHK building. 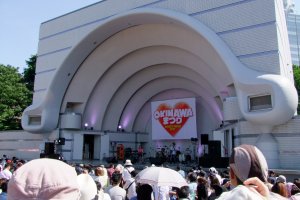 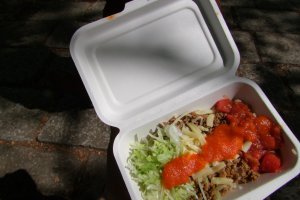 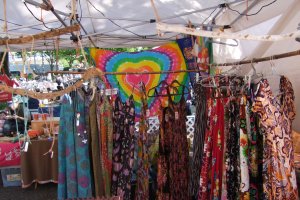 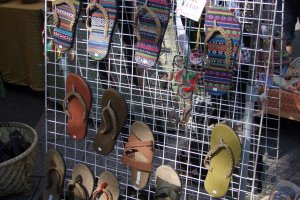 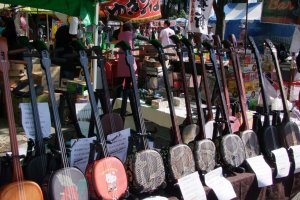 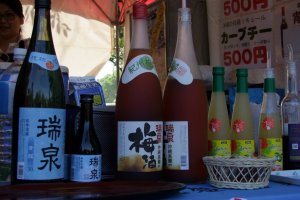 2021 event will be cancelled due to the state of emergency that may be issued in Tokyo.

Sherilyn Siy a year ago
Need to restock on shikuwasa and chinsuko. But probably not happening this year due to Covid?