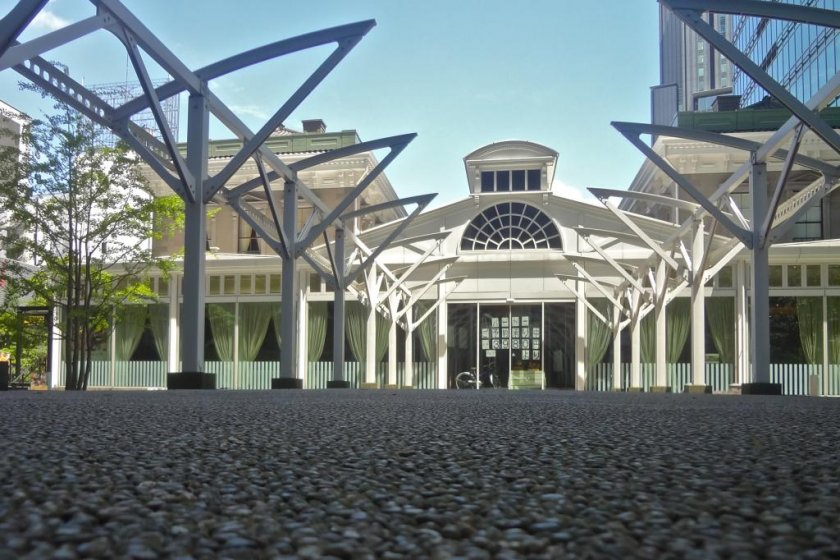 In 1854, during Commodore Perry’s second trip to Japan, Perry had amazed the Japanese with a live demonstration of a model steam locomotive in Yokohama. In 1872 (a long 18 years later) Japan’s first two train stations began service at Shimbashi and Yokohama, with a direct train connecting both stations (a distance of 23.8 km) in 53 minutes. Before then, the same journey had taken one day on foot, or seven hours by palanquin.

The original Shimbashi Station building (designed by American architect Richard P. Bridgens) was destroyed by fire in the Great Kanto Earthquake of 1923. But in 2003 it was restored for use as a nice little memorial museum. The station’s original platform was also replicated; it is 35 meters long.

The Railway History Exhibition Hall displays nails, plates, rails, and old tools and materials from the original railway on the first floor. Special exhibitions and a video corner are up on the second floor. The videos are quite interesting and include photos of Old Shimbashi Station when it was first opened, and bridge, rail and embankment construction site photos, as well.

The museum is in centrally located Shiodome, between the Panasonic building and the Shiodome City Center. If you walk there from JR Shimbashi Station, the Ginza-guchi exit offers the easiest access. Go straight along Showa-dori Street for 5 minutes and you will see a sign for it on the right.

The construction of the railway

To America’s great disappointment, British (not American) engineers such as Edmund Morel, John Diack, and John England were hired as supervisors for the railway construction - a huge and profitable project. The surveying of the land started from Shimbashi on March 25, 1870.

Only two week’s after Morel’s arrival, Diack, an adjutant of Morel, drove in the first stake at Shimbashi (it has been preserved at the museum, outside near the platform, as the original “0 Mile” marker.)

At the Yokohama side, they set the rails on an embankment built on reclaimed land along the edge of the bay. Japanese workers dug up many large hills, using the dirt to reclaim a large strip of land measuring 1386 meters x 76 meters. After that, they needed to build a 500-meter long bridge over the Tamagawa River. It was one of the most difficult parts of the project. On the other hand, at the Shimbashi side, some residents objected to the railroad infrastructure, and so the negotiations for buying that land didn’t go smoothly. In the end, they gave up their original plan to set the rails on solid ground, and decided instead to reclaim more land from the bay in order to build other embankments between Shimbashi and Shinagawa. Amazingly, this area nowadays is far from any water. Morel and his team worked hard and coached the Japanese engineers and construction workers under them very carefully. The Japanese learned quickly and their efforts bore fruit. Finally, the first Japanese railway was completed.

Two opening ceremonies - one at each station - took place on October 14, 1872. The Meiji Emperor, cabinet ministers and councilors, and the foreign advisors (except Morel) attended the ceremonies. The train left Shimbashi at 10:00 AM and arrived at Yokohama at 10:54 – one minute late! Because the Emperor was on the train, huge numbers of people rejoiced and waved as the train pulled out. A 100-gun salute was fired from the Shinagawa shore, and all the houses along the entire line displayed Japanese flags.

The death of Morel

Why wasn’t Morel there? One year before the completion of the project, Morel (who was suffering from tuberculosis) submitted a request to the Japanese government for permission to go to India for two months. He intended to take a rest and spend the winter in a warm place. He was quickly granted permission and received a large sum of money to cover his medical expenses. But before he could leave, on September 23, 1871, he suddenly passed away. Shockingly, his wife Harriett died the very next day of “stomach cramps”, origins unknown. Morel and Harriett are buried together in the Yokohama Foreign Cemetery. Morel’s gravestone is in the shape of a railway ticket.

Old Shimbashi Station represents a long-lasting bond between Britain and Japan. If you are in Shimbashi or Shiodome, please stop by to take a look at the museum and “0 Mile” marker. They are symbols of the dawn of Japan’s amazing modernization. 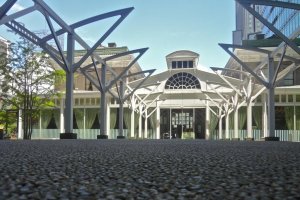 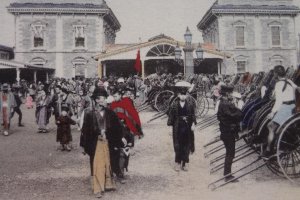 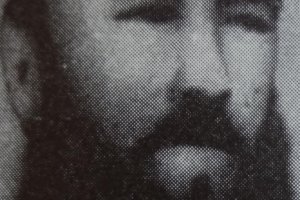 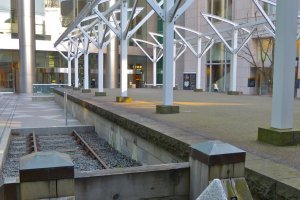 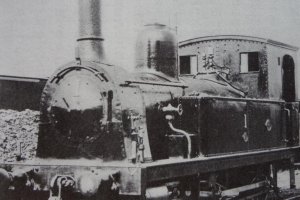 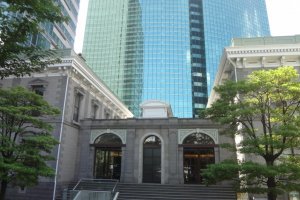