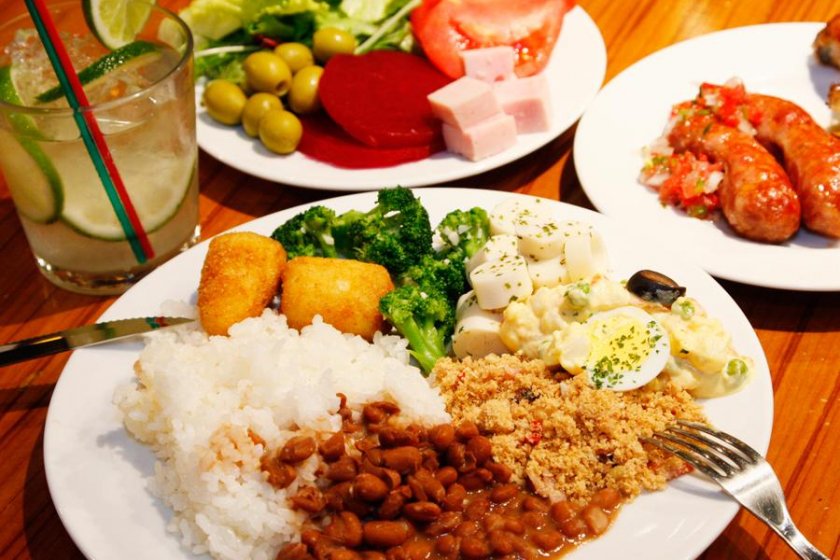 While large chunks of meat being paraded around a restaurant on swords might be the stuff of a vegetarian's nightmare, Brazilian-style churrascaria dining is actually quite friendly to those who do not partake of meat. Japan, too, is sometimes frustrating for diners with non-meat desires, and accounts of ham on "vegetarian" pizzas and salads are common. Asakusa's Que Bom, however, is particularly adept at making veggie-lovers salivate with its spread of fresh produce. The salad bar is worth a visit in itself.

Most people do, of course, come for the meat. Brazilians love their barbecues, and Que Bom does things right. It is one of the most affordable and most authentically Brazilian churrascarias in Tokyo. If you judge an ethnic restaurant by its clientele, then you will be pleased to see plenty of local Brazilian ex-pats regularly indulging at Que Bom. It is THE place in Asakusa to eat glorious picanha (sirloin tip), a characteristic cut that is rare in this country. Que Bom imports its meats, as Japanese butchers typically do not carve their beef in the same manner as their South American counterparts.

Besides picanha (hint: pronounce the "h" like a "y"), which is really a must for anyone who has never tried it, waiters will pass by your table with a variety of grilled offerings. Try the costela (ribs), alcatra (rump roast), coração (chicken heart), linguiça (Brazilian sausage), and more.

On Wednesdays and Saturdays Que Bom also puts on a special feijoada. This feast of pork and beans with farofa (manioc root flour) is Brazilian comfort food.

Back to the salad bar: while other Brazilian restaurants may present the same tired dishes that are found in most Japanese buffet spreads, Que Bom aims to please its Brazilian clientele, meaning an authentic experience for all.

As for whistle-wetters, popular Brazilian pinga (a.k.a. cachaça, a sugarcane-based liquor) and wines are available, as well as other typical cocktails and non-alcoholic drinks (like Guarana). Order a caipirinha if you dare. If you have never had one of these pinga-and-lime concoctions, proceed with caution--but do proceed.

Check the Que Bom website calendar for their special events and live music performances. When there is an event going on, the restaurant will be full of Brazilians enjoying and sharing the unique vibes of their buoyant culture. Of particular note are the monthly pagode music circles and the live shows on the last Sunday of each month. 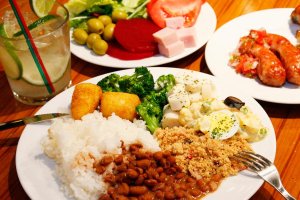 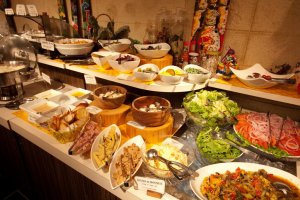 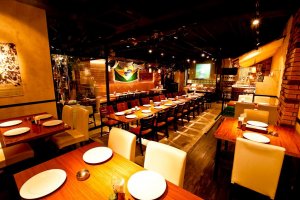 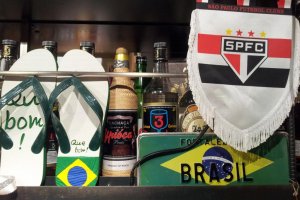 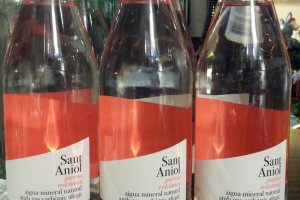 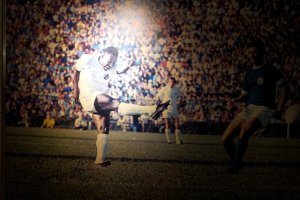