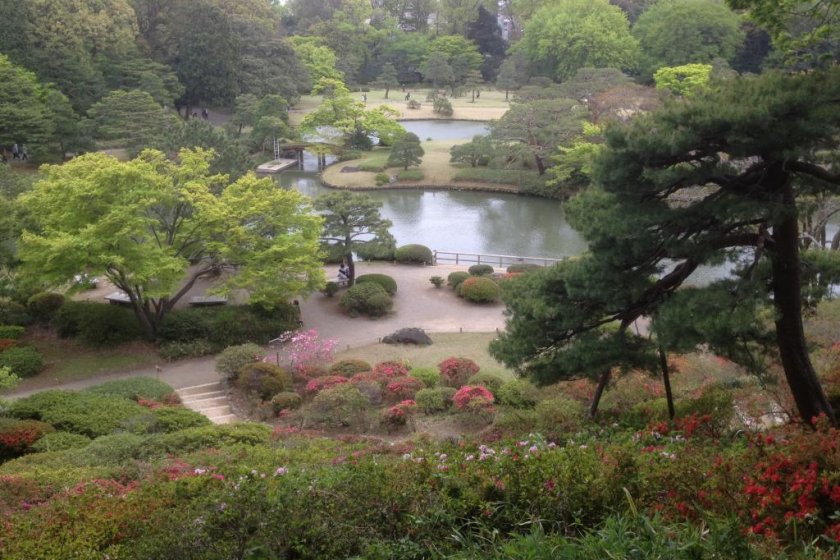 Take a stroll through Rikugien for a pleasant excursion

Rikugien is a nice garden for walking the paths around the pond and climbing up the gentle hills while taking in the sights and sounds of this park. It's a restful respite within the confines of this busy city. In fact, many people consider this park the most beautiful Japanese landscape garden in Tokyo.

Rikugien means "six poems garden" and was created based on the theme of Waka poetry in 1702 and is a typical example of the gardens of the Edo period. Rikugien reproduces 88 scenes, in miniature, from famous Japanese poems. The garden was constructed by Yoshiyasu Yanagisawa on land given to him by the fifth shogun Tsunayoshi Tokugawa in 1695. Yanagisawa then spent the next seven years constructing a garden and paths around the man-made hills and pond.

The garden became the second residence of Mitsubishi's founder, Iwasaki Yataro, during the Meiji Period (1868 - 1912). In 1938 the Iwasaki family donated the garden to the city of Tokyo and in 1953 the garden was designated as a special site of exceptional beauty and became an important cultural asset.

The garden encompasses an area of almost 88,000 square meters and is home to a large variety of trees, plants and wild birds. The pond has an island in the middle, but the bridge to the island is closed and inaccessible to park visitors. It takes about 60 - 90 minutes to cover the entire network of walking paths at a leisurely speed. The trails wind around the gardens, through forests and open lawns, and lead to several teahouses which are open to the public for a rest and a cup of Japanese tea and a small sweet with the tea.

If you are visiting Tokyo during the autumn months (later November to early December) this is a "not to be missed" garden as the maple trees turn the garden into one of Tokyo's best autumn color spots. Of course, it's also nice in the spring when the shrubs and trees bloom, especially the weeping cherry trees near the main gate (late March to early April). The Azalea bushes typically bloom in April and May.

At only 300 yen entrance fee for adults (150 for those 65 and older), and free for primary school children, this is an excellent place to spend a leisurely hour or so. There are restaurants and coffee shops near the garden for those who want a bite to eat before or after visiting it.

Find out more about Rikugien Garden. 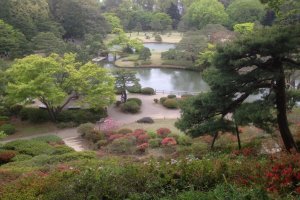 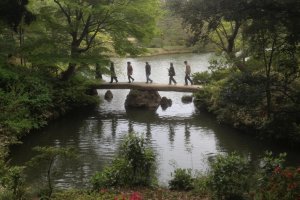 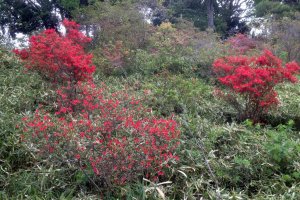 JapanTravel Guest 6 years ago
Nice find. I hadn't heard of this park before and will check it out. Tokyo is full of little spots like this where you can recharge after all the concrete and crowds. Just wondering: is the water tidal or fresh? Given where it is, could be either.
Reply Show all 0 replies
1 comment in total