Haneda Airport was empty. Not what you expect from one of the world's most delightful airports but in the current climate of concern over health, understandable. Still, empty as it was, I was still there and hungry to boot. I promised myself that I would satisfy my palate with some ramen this trip and fortunately I was able to keep my promise. Some promises, you see, are easier to keep than others...

Strolling about the airport's Edo Market shopping and dining strip, I came across Setagaya Ramen. Sneaking a look inside, I noticed one other person eating. Given what I had seen of Tokyo thus far, I had to conclude that this was the new busy. Inside I went.

As expected, the staff were courteous and after I handed them my ticket, I sat down and waited. Yes, clean, smart and with the staff hard at work - a lack of patrons notwithstanding - a typical professionally run ramen bar in a major international airport. Setagaya Ramen's speciality is their shoyu soy sauce based soup. I've never really been a big shoyu ramen eater, preferring the richer tonkotsu pork broth soups so when I scanned the menu, I settled on the JPY1,100 tonkotsu ramen with all the toppings.

It was pleasantly delicious. Not heavy like some tonkotsu ramen can be and not overly oily either. I asked for my noodles katame, firm and they delivered. What really brought the ramen to life, though, was the quasi-spicy paste served alongside it. I didn't think to ask but the umami flavour was fantastic and really added a new layer of depth to what was already a decent bowl of noodles.

Details like the umami-dense paste are one of the great little pleasures when eating ramen in Japan. While it was hard to ignore the ambience of an empty airport, Setagaya Ramen's attention to culinary detail had me absorbed for the short time that I was there. 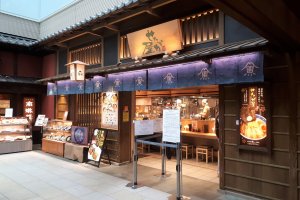 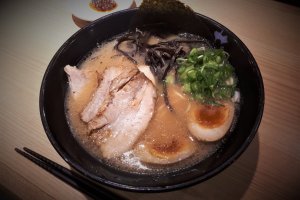 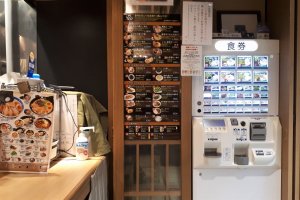 Sander van Werkhoven 3 weeks ago
What I love about Japanese airports is that most of them seem to have lots of pretty good dining options at very reasonable prices. Somehow at most European airports (especially at ouw own Schiphol Airport) you usually have to pay at least double of what you would pay for something similar outside of the airport, and the quality usually is mediocre at best.
Reply Show all 1 replies

Sleiman Azizi Author 3 weeks ago
My sentiments too. Haneda Airport really is a nice place to eat.
Reply

Bonson Lam 3 weeks ago
Ah! That is a thing of beauty! The great thing is that it is open 24 hours, so even early birds who are there at 5am can enjoy a meal.
Reply Show all 1 replies