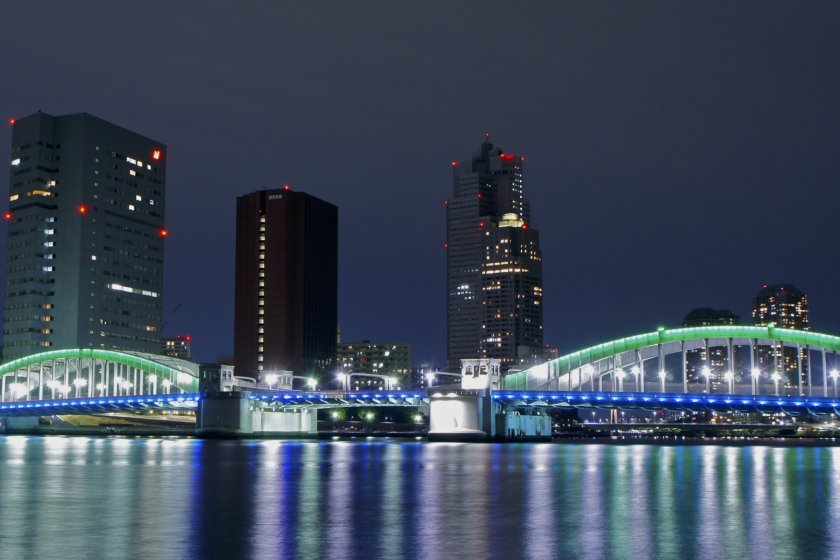 Beautiful green lights and the feeling of nostalgia

I learned about Kachidoki Bridge in 2001, while reading the Japanese comic book Kochi-Kame. The main character, a middle-aged police officer called Kankichi Ryotsu, talks about his childhood when he spent his time with friends on the banks of Sumida River watching the drawbridge swing upwards, bringing the traffic on either sides of the bridge to a halt and letting the ships pass.

Kachidoki Bridge is the only drawbridge built on Sumida River in the 1940's. It was constructed to commemorate the victory of the Japanese army during the Russian-Japanese War. In the post-war years until 1970's, the bridge was operated by electricity and it used to take about 70 seconds to open or close. It required a total of 20 minutes to open and allow the ships to pass through, which was a routine for nearly five times a day. As the use of freight ships decreased, due to the improvement of alternative infrastructure like highways, the dependency on the bridge decreased as well and in 1970 it opened only once. Since then the bridge has stayed closed and never reopened.

In the comic book Kankichi Ryotsu talks about his adventures as a child and how they force open the bridge for nostalgia's sake with some strong story-telling. There is a separate movie which was released in 2009. It's named Kochikame: The Movie - Save the Kachidoki Bridge, although the story in the film and the comic are unrelated.

With the background of the story I wanted to visit this bridge and I made my first trip in 2001. It's just a 10 minute walk from the famous tourist location Tsukiji Fish Market. It was in the evening, I was walking along the river towards the bridge—the green light illumination was very impressive. Crossing the bridge I noticed the two leaves, which used to be lifted to a 70 degree angle, and I thought how nice it would be if the bridge would reopen someday.

For now, interested travelers can go to the museum which is open from 9:30am to 4:30pm every Tuesday, Thursday, Friday and Saturday. There is no entry fee. There are groups in Japan which have been demanding the reopening of the bridge although as an event and it has been in consideration for a long time. I just hope, hope and hope... 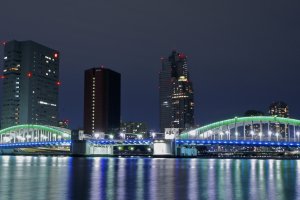 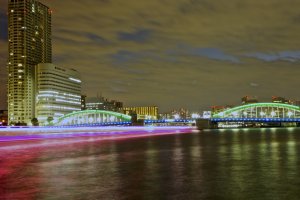 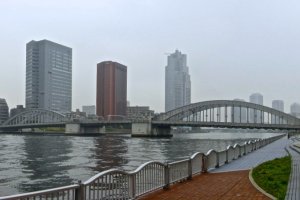 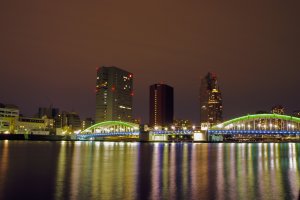 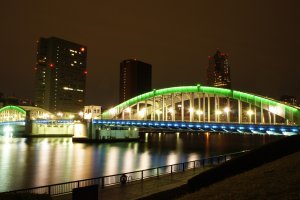 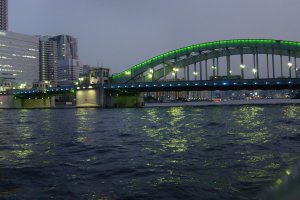 Manish Prabhune Author 7 years ago
You live nearby! Coool, then you really need to go visit the place. There is a high rise building also 5 minutes walk from there, where you can get a view of the bridge from the top too. I have misplaced those snaps somewhere, will post soon.
Reply Show all 0 replies

Wouter Thielen 7 years ago
Great photos! I actually live in that area, so maybe I should go and check out the night view of the Kachidoki bridge.
Reply Show all 0 replies
2 comments in total