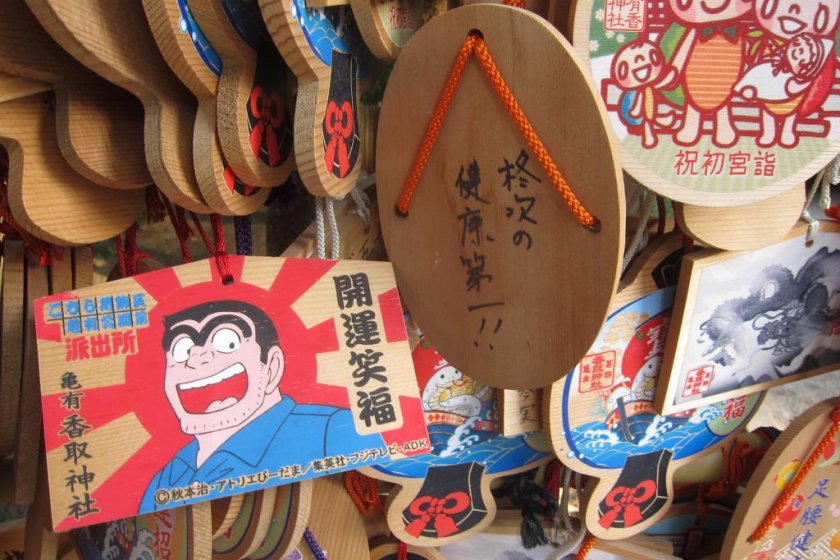 How manga can change a town

Ryo-san, immortalized in the wooden tablets of Katori Shrine

Heard of the manga series Kochira Katsushika-ku Kameari Kōen Mae Hashutsujo? No? What about its shortened version Kochikame? For those who responded yes, good on you! For those who have no clue what I´m talking about, don’t worry. All will be explained soon enough.

Kochira Katsushika-ku Kameari Kōen Mae Hashutsujo ("This is the police station in front of Kameari Park in Katsushika Ward" in English) or Kochikame for short is the longest running manga series ever, with more than 1700 chapters and 155 million copies sold. What makes it all the more impressive is that it has been in production since 1976, pretty impressive given the amount of competition in the manga market over here in Japan. If you don’t know anything about the manga, at least you can vaguely recognize its main character Kankichi Ryotsu (pictured in top right of this article).

After finding out how famous this manga was, I thought 'Hey, why not venture to Kameari? The setting of this super famous manga series.' So off I went, this very Saturday into Kameari, a station after Ayase and before Kanamachi along the Chiyoda line.

First thing I spotted after getting down in this station was Ryo-san himself. Greeting me with a wave, I felt welcomed immediately. Hello Kameari! This suburb off the main Tokyo area was as expected, more spacious and less crowded. Taking a little stroll along the station, I stumbled upon Ryo-san again, flexing his huge biceps. Boy, I sure do feel safe with such a strong and muscular police character watching over this little quaint neighborhood. Before long, I was invited to sit down with Ryo-san for a chat, but before that I gleefully took a photo of him smiling in his police uniform.

After chatting with Ryo-san for what seemed like a second (he doesn’t speak, you know why), I continued my walk and ran into Keiichi Nakagawa, Ryo-san best cop buddy. Here he was, Nakagawa-san looking after a bike for a local Kameari resident—how thoughtful!

It's enlightening to see how much the residence of Kameari appreciates Kochikame. This manga has brought fame to this little town and its surprising to see how even the local temple (Katori Shrine) has embraced Kochikame with Ryo-san on its wooden prayer tablets. Thus, it is befitting that Ryo-san stands on this temple, pointing up into the sky and giving thanks to the gods for having embraced him. 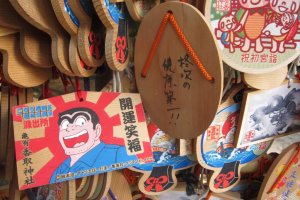 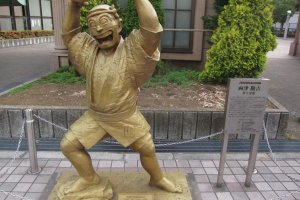 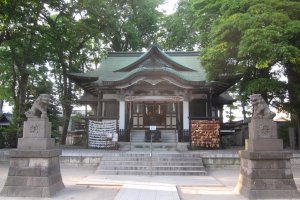 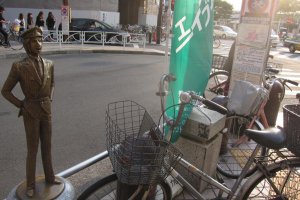 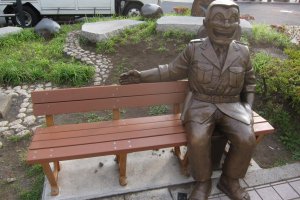 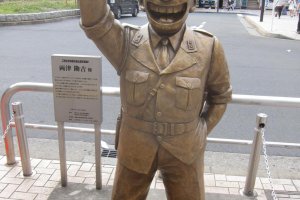 Wouter Thielen 7 years ago
Never heard of the manga, but funny to read how the neighborhood has adapted the characters into the streetview. Nice article!
Reply Show all 0 replies

Jeremy Yap Author 7 years ago
thanks! i thought it was inspiring too! wouldnt have gone to this place if not for my friends advice:)

bonbon 7 years ago
Great article, Jeremy, thank you for sharing.. It is mindblowing that this simple policeman had changed the life of its 155 million readers! I can understand why this humble police box is a place of pilgrimage for many.
Reply Show all 0 replies
3 comments in total