A church draws another mental activity

Like an oral tradition of Japan it is said over eight million varieties of Gods exist in Japan. Travelers who come to Japan will likely witness the impact this has on Japan's way of life. Through the fundamental idea of visiting God at a shrine, some will go to pray for coexistence between humankind and nature. Many others visit the temple and church to pray to God or attend a wedding.

St. Mary’s Cathedral, Tokyo, belongs to the latter but the dwellers who actually come by here do so to take their mind off the daily rush or soak up the atmosphere through the visually stunning architecture. As the Head Priest Yamamoto says, "Please stop by here to visit our interesting worship facilities. You can experience a serene moment as you would expect at any such cathedral."

The church marks the 50th anniversary of its birth this year. To be exact, its re-birth. Whilst the cathedral was originally built in 1900, it was demolished during World War II and only subsequently re-built through financial help from Cologne, Germany. With the 1964 re-birth of the cathedral, they adopted a new method of construction for the church designed by the architect, Kenzo Tange. This lead to a surge in popularity, with visitors flocking to the site inspired not just by a need to pray to God, but also by the radical architectural design. The cross-design draws attention to the architecture which fans describe as his best work.The interior space of blue-tinged concrete walls and a lofty ceiling allows us to feel sacred but also have a rewarding time, aided by Tange's minimalist design, which borrows elements from Gothic and modern architecture.

As you can guess from being a cathedral, this church is open everyday and is 15 minutes walk from Edogawabashi station. It’s some distance, so my recommended course from the station is to walk along the path toward Edogawa park by Kanda river, and then pass through a small gate (冠木門) into the beautiful garden of Hotel Chinzanso Tokyo (椿山荘). Right after climbing a gentle slope and the hotel lobby, the 62m-high bell tower of the cathedral comes into view. The bells were originally imported from Germany.

Spent most of my time in Fukui. Rural quiet is great. 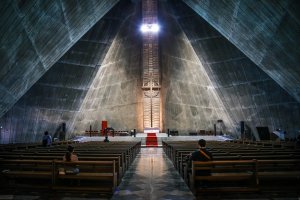 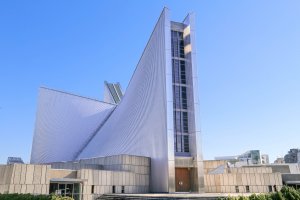 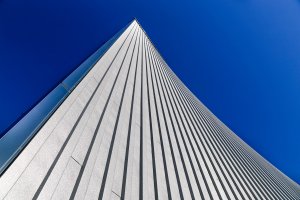 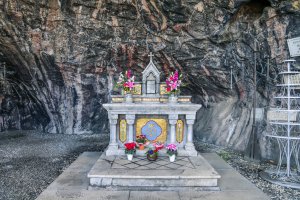 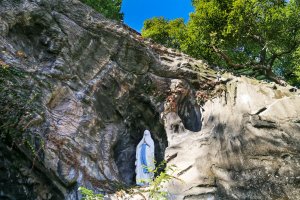 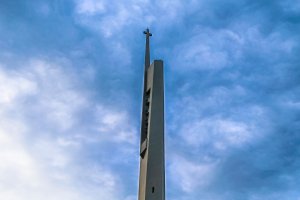 Corinna David 4 years ago
Thank you for writing an article about St. Mary's Cathedral. I love the architecture.
Reply Show all 0 replies
1 comment in total