Veg ramen during your commute at Tokyo Station

There is decent vegan ramen to be had in Tokyo... but it's a little tricky to find. T's Tan Tan is located INSIDE the turnstiles at Tokyo Station. That's right, you need to either be traveling on the JR train system already, or you need to buy a platform ticket (¥130 nyuujouken gets you past the ticket gates but not onto a train) to access the food and shopping area inside of the station.

After you get past the first hurdle (closest exit is Yaesu South), look for a food hall called Keiyo Street - conveniently located near the Keiyo Line. Once there, you'll soon see the restaurant: look for the vegetable-laden bowls of noodles and cutesy line drawings of smiling animals on the walls inside.

T's Tan Tan offers several types of ramen, including "white" (sesame, bean sprouts, and thick green onion in a spicy broth: this one is my favorite, it really clears out your sinuses!), "green" (ramen piled high with fresh greens and includes some kabocha squash), "shoyu" (soy-sauce based broth), "red" (tomato base) and more. A bowl of ramen will set you back about 850 yen. They also have salads and curry rice, and can provide a "big helping" for a few hundred yen more. Everything is vegan, as the pictures and text on the walls proudly proclaim.

One striking thing about the shop is that they seem to come from all walks of life, not just yoga-pants-wearing folks with dreadlocks or crunchy thrift store types (guilty). When I asked the manager about the clientele, he estimated that about half of them come to the restaurant specifically because they are vegetarian or otherwise healthfully-inclined. "There aren't that many vegan restaurants in Japan, so people come from far away to eat here," he says. But the rest are just people who just happen by during their commute, enticed by the good smells and sights coming out of the store.

An English menu is available for those who want it, and the menu is illustrated so it's easy to pick and point. The staff also speaks a little English (and some speak Taiwanese). Beer and soft drinks are available.

T's has a sister restaurant in Jiyugaoka, which is also vegan but not ramen-focused, called T's Restaurant. 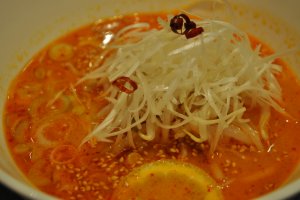 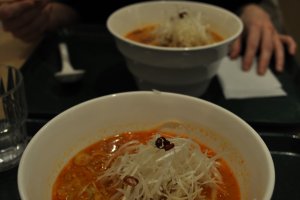 Chris 4 years ago
I always get lost around Tokyo station. Hope I can find this.
Reply Show all 0 replies

Anne Lauenroth 6 years ago
One of the rather rare opportunities to sample ramen for vegetarians and vegans. I have fond memories of my bowl of ramen at T's Tan Tan. Thank you for spreading the word.
Reply Show all 1 replies

Selena Hoy Author 6 years ago
Yes, this place is excellent! You can also find vegan ramen at Chabuton and Chabuzen in Shimokitazawa, and the Ramen Museum in Shin-yokohama.
Reply

Relinda Puspita 7 years ago
It's not only for vegan but also muslim-friendly.
Reply Show all 1 replies

Anonymous 7 years ago
Awesome! Thanks for pointing that out - that makes me happy.
Reply
6 comments in total